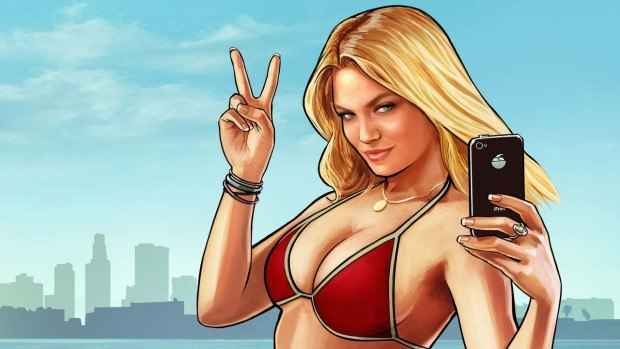 The Grand Theft Auto series has never featured a female protagonist, but in GTA 6 things could change as Rockstar's latest game is rumored to feature the first-ever female lead character in the series.

It's worth noting that previous GTA games have been flagged up in some circles for being degrading towards women – painting them in a bad light as prostitutes, having male characters talk down to them like they're worthless and being a series that is totally misogynistic.

Consequently, the series has hit the headlines for the wrong reasons yet it hasn't stopped gamers in their millions making it one of the most successful franchises of all time.

Across the web, we've seen various debate on the subject of a possible female lead with some corners of the net thinking it's a bad idea, and others thinking it's a brilliant move by Rockstar. One school of thought it that there aren't that many women who are gangsters. It's a man's line of work and the series has featured stereotypical male gangster types since its inception. So, it's argued that having a female lead character in GTA 6 is simply unrealistic; it could break the overall tone of the game. After all, the world of this type of crime is dominated by men, say some gamers.

Consequently, they argue that there's literally no reason whatsoever to have a female lead in a Grand Theft Auto game, other than to avoid the shitstorm that would be coming from media about the series' portrayal of women yet again, at a time when equality is a hot and extremely sensitive topic.

If this is at all true, then it will be interesting to see whether the language towards women and the portrayal of other female characters is handled differently than previous GTA games. If the game is set in the rumored Vice City, a location where ladies of the night pimp their wares, that'll be a momentous task.

Others argue that players will still be carrying out the same tasks as previous GTA games, so does it really matter what the lead character looks like or what gender they are as long as they do the job their set out to do? In fact, some people believe it could be an ingenious move by Rockstar to feature a strong female lead that holds her own in a GTA game world dominated by men.

We've seen one of the strongest female lead characters ever emerge recently with Aloy in Horizon Zero Dawn. She's rapidly become an iconic figure and she makes a refreshing change to the stereotypical males that have dominated video games. Alongside the likes of Nadine from the Uncharted series and Chloe from Life is Strange we've seen some fantastic female characters. If Rockstar gets it right, then its GTA 6 female lead could become quite an icon too.

To understand the opinion of our readers, PlayStation Universe conducted a poll asking: Would you like to see a female lead character in GTA 6?

Would you like to see a female lead character in GTA 6?

What do you think about GTA 6 potentially having a female as its lead character? Are you looking forward to it? Does it bother you? Let us know in the comments below.