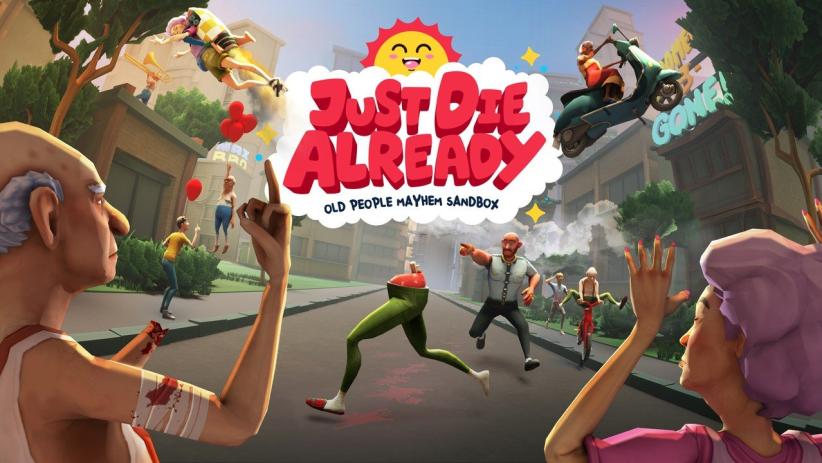 DoubleMoose Games has announced that Just Die Already, a sandbox game that sees you causing all sorts of mayhem as an angry old man, is coming to PS4.

The game takes place in the ‘near future’ during a time where population growth has stalled, as no one is having any children. So, no babies are being born, nobody is paying into the pension pot, and your living costs are not being covered.

If that wasn’t bad enough, you’ve just ben booted out of your retirement home, forcing you to perform dangerous challenges secure free care for yourself. You don’t have to do this alone however; Just Die Already offers solo and four-player online gameplay, where you’ll compete in various multiplayer mayhem packed with ‘explosive, limb removing’ antics.

Check out the trailer for Just Die Already below. The game has yet to attract a release date but will presumably launch in 2021.