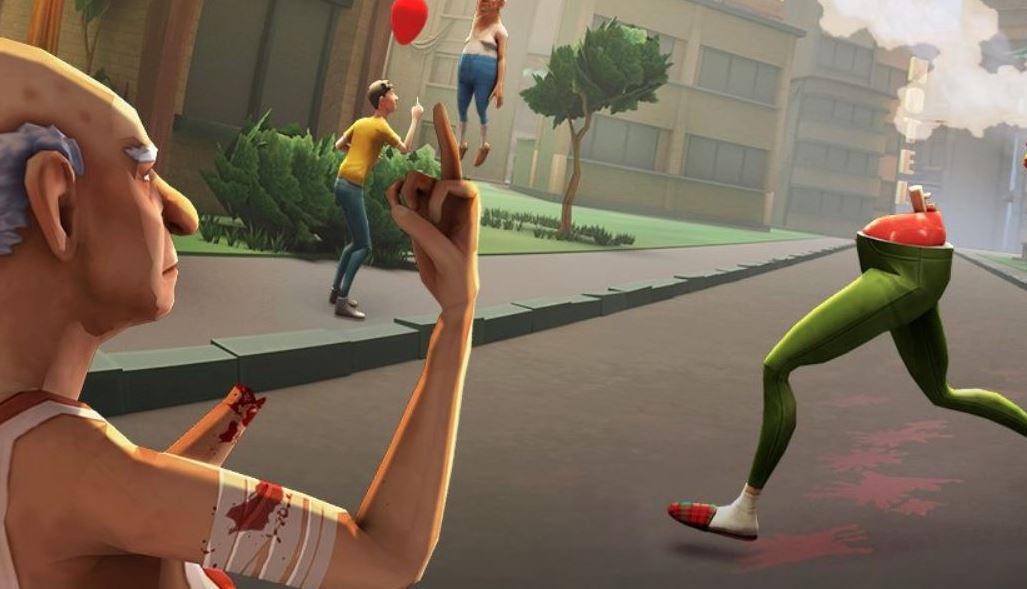 Just like Goat Simulator, Just Die Already is an open-world sandbox stuffed with vehicles, weapons and contraptions, all waiting to be played with, and also waiting for a chance to dismember your old-aged pensioner of choice.

A Geriatric Physics Sandbox That Is Absolutely Bizarre To The Core

There are four fogeys to choose from, and while none offer any unique gameplay mechanics, it’s definitely nice to see an Indian grandma called Kamala playable alongside your stereotypical white-vested, handgun-brandishing, American grandpa. Set in a near-future where baby boomers are living longer than ever, retirement homes are reaching capacity and it’s your job to work through an outlandish bucket list before their time on our beautiful planet is up. 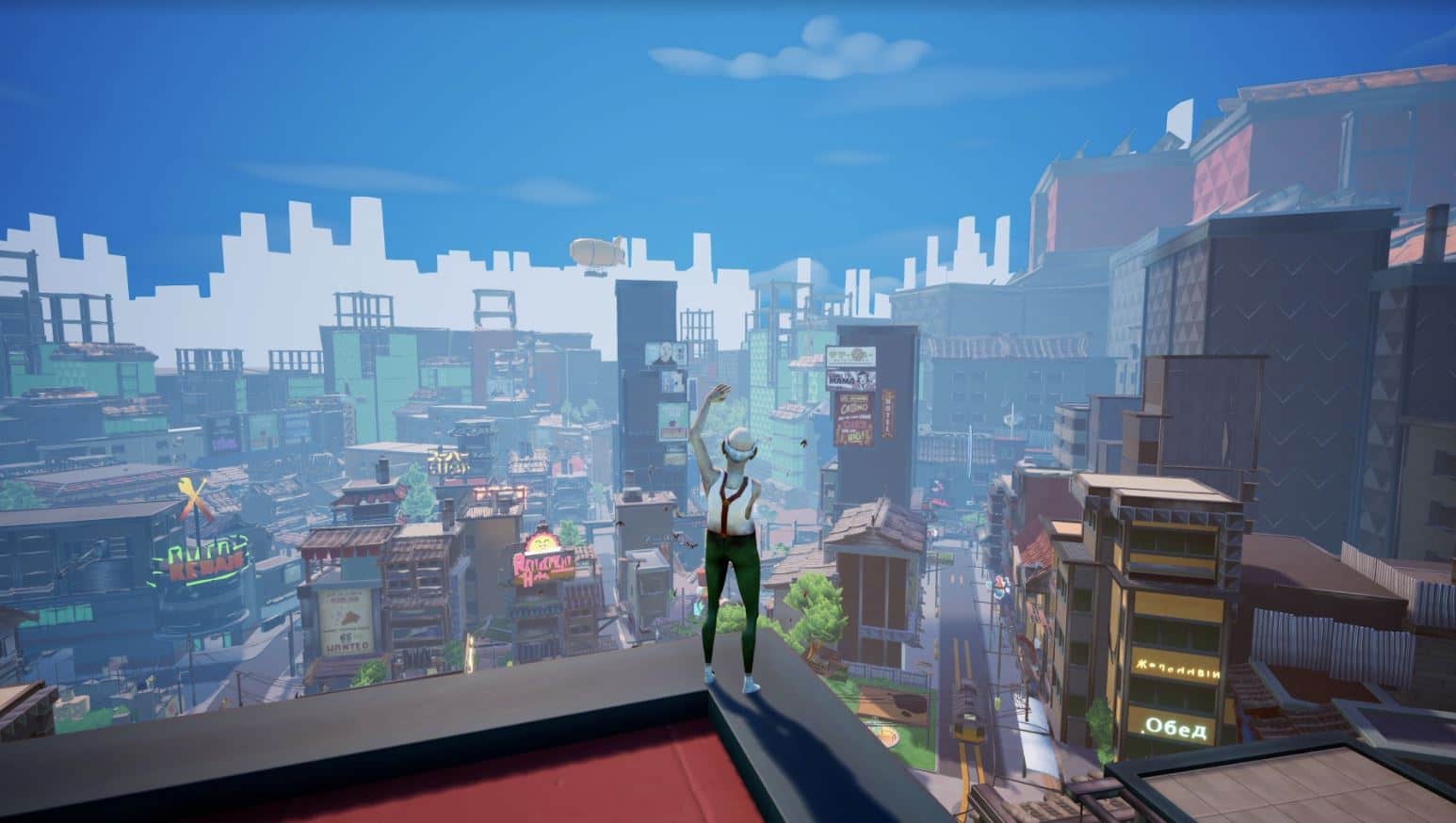 Of course, this is no Souls-like and, true to its name, you will die more than a few times in a Just Die Already. That’s okay, though: dustbins act as respawn points and are littered throughout each of the game’s areas. A simple tap of the triangle button will respawn you at the previous checkpoint in an instant, and your romp through the world will continue in no time at all.

There obviously has been an audience for games with obtuse controls and obscure goals, as proven by the likes of Goat Simulator, Surgeon Simulator and Octodad, but they each offered a unique gameplay mechanic or quirk that hadn’t been seen before at the time of their original releases. Just Die Already meanwhile boils down to a game that feels like a third-person character platformer at its core, yet it naturally can’t compete with its contemporaries in that department.

The control-based gimmick comes in mapping your grandpa or grandma’s right and left hands to the left and right shoulder buttons, respectively. L1 and R1 let you pick up or drop whatever is in reach – be it a character, a motorbike’s handlebars or a bottle of pills – while the triggers are action buttons which let you use whatever is in that hand. This works well enough, and the variety of ways in which you can interact with objects can continue to surprise throughout the duration of your character’s remaining days. 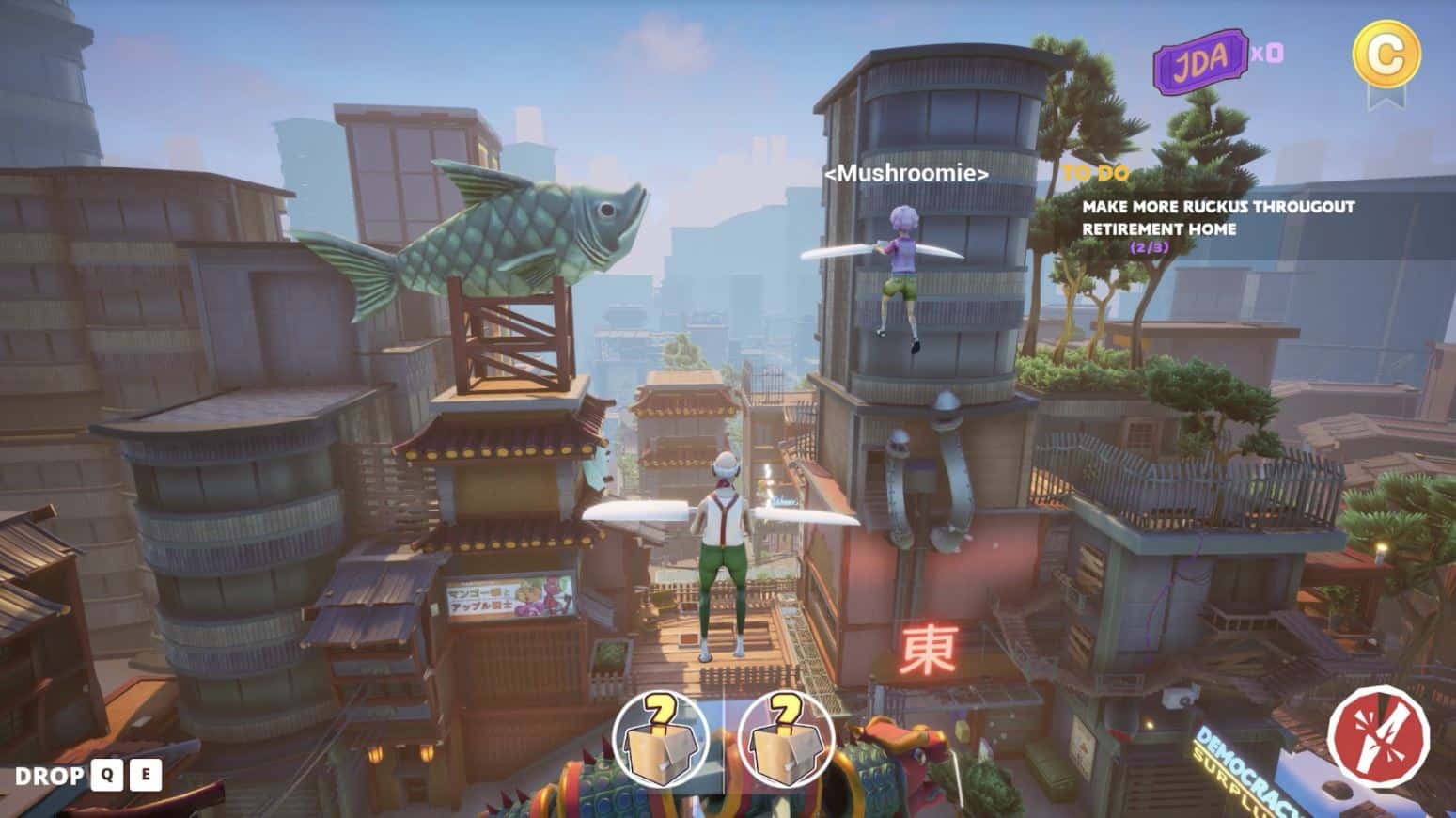 Some of the more serious objectives have you climbing tall buildings, yet the clunky physics just don’t hold up, unfortunately. Jumps feel imprecise and invisible walls often send you plummeting back down to street level, but it’s important to remember that this isn’t supposed to be on the same level as Astro’s Playroom – this is a parody riding on the coattails of the faux-simulators that came before it.

And to an extent, it successfully replicates the same feel as its genre predecessors, albeit with an arguably reduced target audience thanks to its darker subject matter. Whereas your goat could withstand a fall from a crane or a hit from a car, Just Die Already prides itself on offering a sandbox which has been designed to viscerally murder your character – and it also succeeds in this regard, too.

Caged crabs will snip off your limbs, bouncers will literally knock your block off, and a witch’s cauldron will reduce your OAP to a ball of flesh with four small bones remaining where your limbs once were – all while blood spurts from your remains and covers the floor and walls with your blood. 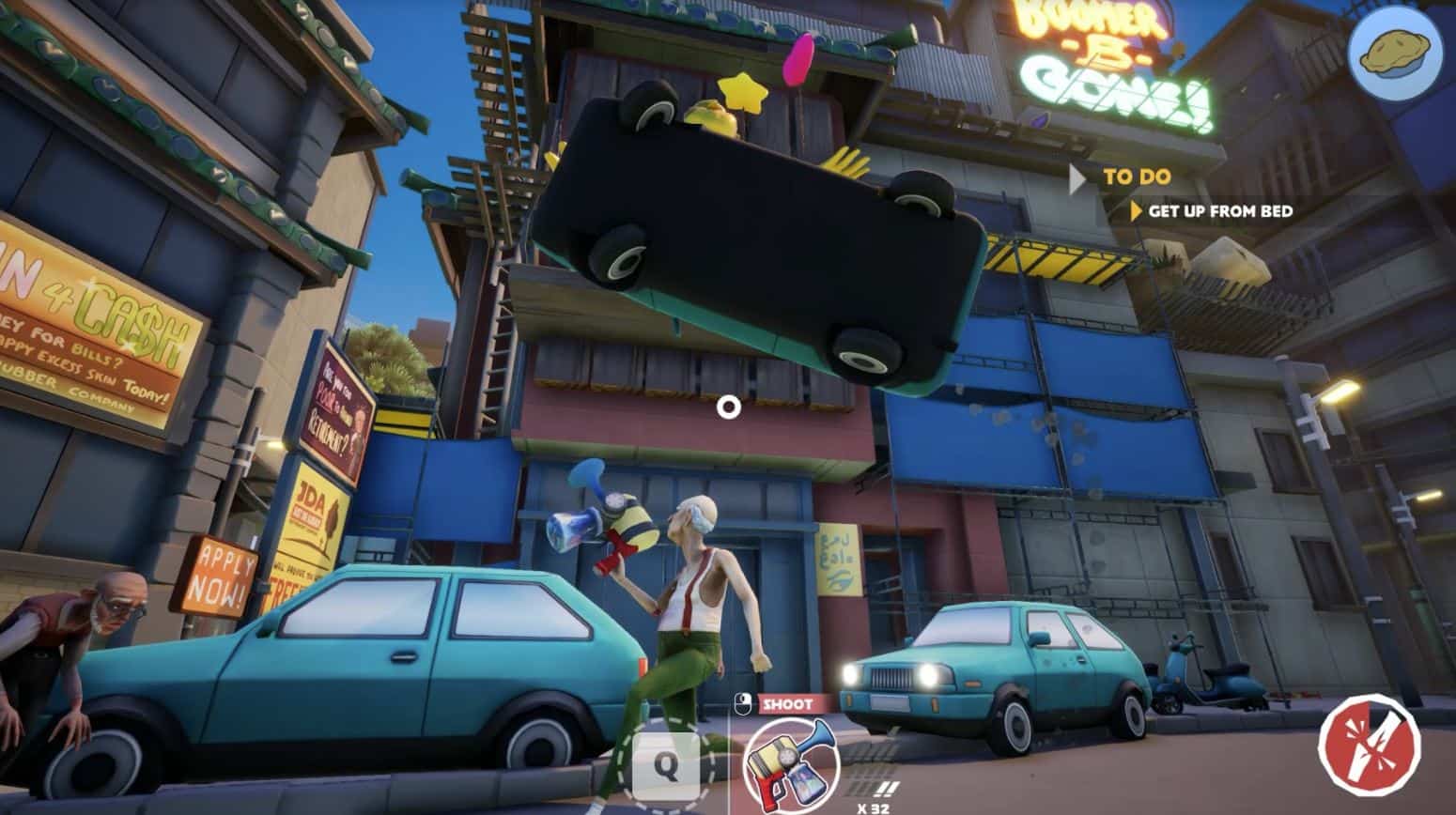 It’s a ridiculously disgusting concept, but one which is fully embraced by the developer. If (for some reason) you were looking for a game in which you’re able to murder elderly residents in increasingly horrendous ways, Just Die Already is the game for you.

Likewise, if you enjoy the outrageous nature of Goat Simulator and Octodad, this game will surely be right up your alley. If, on the other hand, you think this genre had its heyday back in the mid-2010s and should remain a relic of the last generation of console gaming, you should just leave Just Die Already to, um, die a slow and painful death in the retirement home, where it belongs.

Just Die Already is out now on PS4.

Just Die Already takes the outrageous nature of Goat Simulator and brings it to a completely new concepts and premise. But, while the experience is fun and a laugh, it is fairly shallow and physics don't hold up to other games in the genre. A funny time, but definitely nothing to go running to tell your grandparents about.