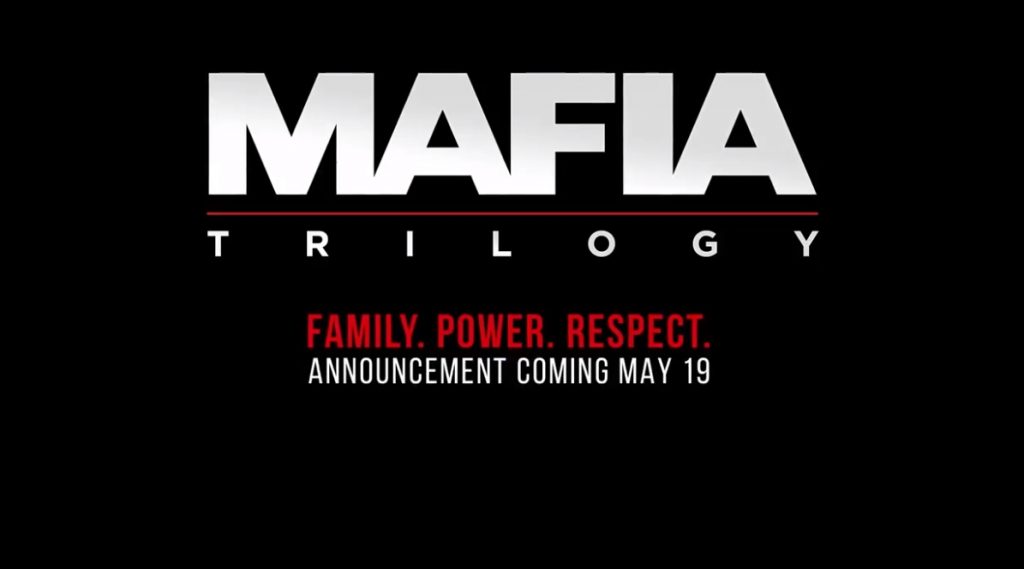 2K has announced the Mafia Trilogy for PS4 with a short teaser trailer. The full announcement and reveal of the collection is set to come next week on May 19 at 9 am PT, 12 pm EST, 5 pm BST.

The collection will bundle together all three games in the franchise and re-release them for modern consoles. We can likely expect some improvements to the game visually, performance-wise, and maybe even a few gameplay changes.

We don’t have much in the way of information on Mafia Trilogy right now, other than a short teaser trailer released by Hangar 13, which you can watch below:

This teaser comes on the heels of multiple leaks of both Mafia 2 and Mafia 3 Definitive Editions being rated. On top of that, there are rumors that Hangar 13 is also working on a brand new Mafia game.

The last game in the franchise released back in 2016 and was hit with a mixed reception, due to some stale open-world elements. However, it was lifted up by its fantastic story and campaign. The franchise has always had a cult following but never been able to break into the mainstream. Hopefully, the Mafia Trilogy will be able to reinvigorate the franchise before we see a true sequel on next-gen.

Mafia Trilogy is set to release for PS4, with a full reveal coming next week.