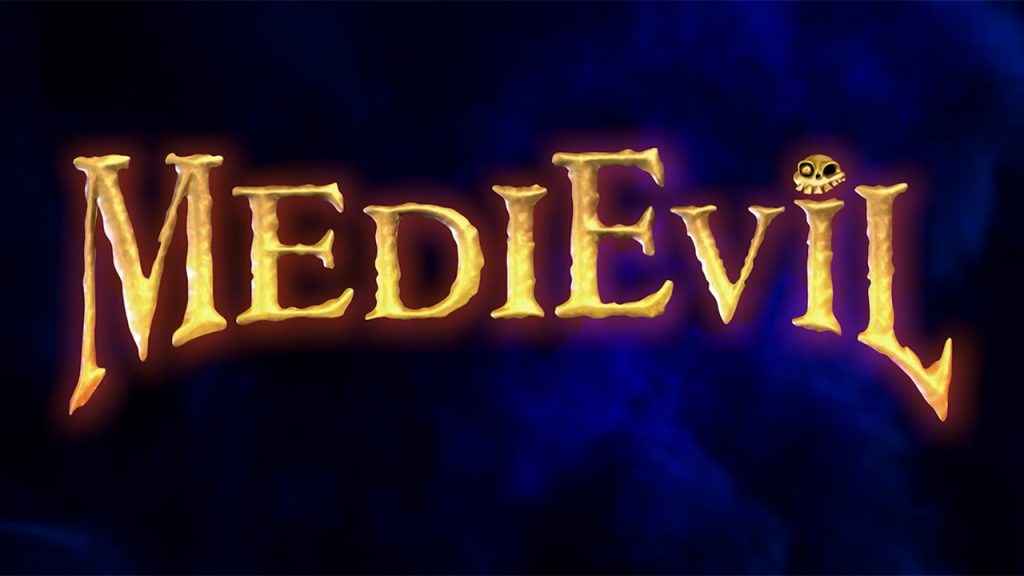 Now that we have had the chance to see the MediEvil PS4 remaster trailer, I thought it would be a good time to talk about my lasting love of the game and what we thought of the trailer.

I’m very non-committal when it comes to picking a favorite anything, but I have a very special place in my heart when it comes to MediEvil. I’ve played games my entire life and have had many wow moments like that feeling of accomplishment finishing Myst with my sister after many sleepless nights and much note-taking, as well as discovering the pure adrenaline rush of my first FPS with Quake on PC. MediEvil, however, was a game changer on so many levels, including catapulting my love of PlayStation to full blown fan girl.

My introduction to MediEvil came about by way of a demo disc. I don’t remember where I got the disc or anything else that it contained, but I was immediately mesmerized by Sir Dan Fortesque. I played the demo repeatedly until the game was released in October of 1998.

I remember starting up MediEvil for the first time with that unforgettable loading screen with the spiders, the bats, and the title spelled out on tombstones leading up to a skeleton menu prompting you to select New Game or Load Game. The prologue was preceded by a cutscene about the unfortunate history of Sir Dan before the real adventure began.

Legend had it that Daniel Fortesque, leader of Gallowemere’s army defeated Zarok and his undead brigade in their quest to take over Gallowmere but in reality, Sir Dan was fatally wounded from the first shot (arrow) fired. The king decided to cover up Dan’s untimely death with stories of heroism, and Zarok inexplicably went into hiding.

The game takes place one hundred years later with the return of Zarok who is once again plotting to take over Gallowmere. He casts a magical spell that awakens the dead, including our hero Sir Dan Fortesque. Dan knows he needs to fix history and rightfully claim his spot in the Hall Of Heroes. Daniel Fortesque was unlike any leading video game character I had played before. A skeleton of his former self, missing part of his jaw, and one of his eyes. He was flawed in every way from his appearance to his (un) heroic rise, which only made him all the more appealing to me.

Beware Of The Glass Demon!

MediEvil had me at hello, but I do believe it was the Stained Glass Demon that pulled me into a world that I never wanted to leave. The Stained Glass Demon is the first boss enemy that you encounter and I can’t put into words why it blew my mind seeing that thing peel itself off of the wall, but to this day, it is still one of my most memorable gaming moments.

MediEvil was an ambitious project for its time. Cambridge Studios took great care to deliver a game that had it all, fun gameplay, endearing lead character, wonderfully designed levels in a gorgeous art style, with a captivating story featuring a witty and irreverent sense of humor that I hadn’t seen in a game before. I like to think the game was the first generation Uncharted.

A Classic Making Of MediEvil Video

Twenty years later and my love of MediEvil hasn’t dwindled. For years I held out hope that one day we would get a third game featuring the one-eyed knight, but aside from Dan’s inclusion in PlayStation All-Stars, the past few years had been cruel. It was a bitter pill to swallow, but I finally accepted that the only way I would ever get my MediEvil 3 was if I won the lottery and single-handedly Kickstarted it.

Suddenly there was talk of resurrecting Sir Dan in the form of a remaster for the PS4, and once again hope was restored. I would take MediEvil in any form I could get! And then it happened, Shawn Layden announced at the 2017 PlayStation Experience that MediEvil was going to be updated and would be out in 2018, with more details to come soon.

Almost a year went by without a single word from Sony and with no PSX this year things were looking bleak. MediEvil fans weren’t going to let Sir Dan rest for another hundred years and took to the internet with their vigil to resurrect Sir Dan. Once again, the mighty Shawn Layden came forward with a few details and the promise of a trailer to be shown on Sir Dan’s favorite holiday, Halloween.

Although I was hoping for a release date to be a bit more substantial than the vague, coming in 2019, the MediEvil remake trailer did not disappoint. The new footage shown was captured on a PS4 Pro and really brings the original art and animation to life. They have inserted a PS1 to PS4 comparison for a couple of scenes and it seems that Sony and Other Ocean Interactive are making good on their promise of MediEvil being “completely remade from the grave up.”

I believe the point of this trailer was to show off the (one) eye-popping 4k visuals because it’s difficult to determine how combat will play out from the short trailer. It does look to be free of first gen problems such as the clunky controls and wonky camera angles of the past. By leaving the release date window wide open, there’s still plenty of development time to polish and fix old Dan up to current standards.