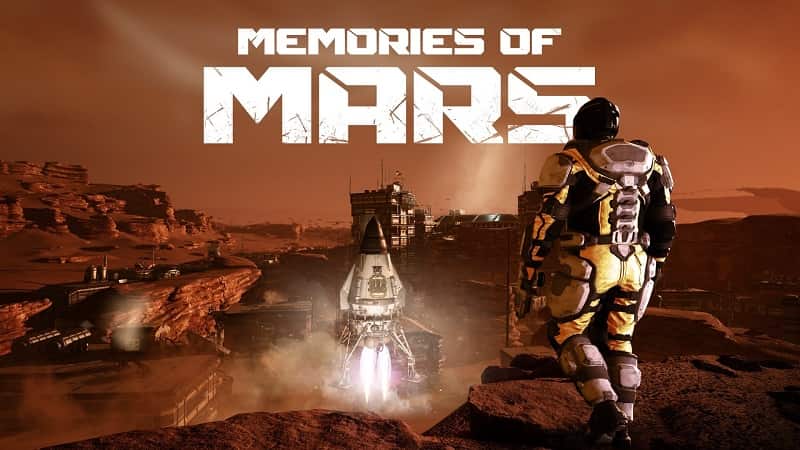 After an extended stint in PC Early Access, Memories of Mars PS4 has finally arrived, bringing with it a unique mixture of first-person shooter gameplay and resource management that is reminiscent of what Genesis Alpha One accomplished a year ago.

As awoken clones that have been given the envious/not-envious job of surviving the harsh Martian landscape, players must research, build and maintain an output on the planet all the while dealing with other clone survivors trying to do the same.

More than that, Memories of Mars tasks players with discovering what caused the main human presence on Mars to depart in the first place, adding in adventure and storytelling elements to what is an already sophisticated offering.

You can catch the full press release and Memories of Mars PS4 debut teaser trailer below.

CALABASAS, Calif. – March 12, 2020 – Global Publisher 505 Games, and industry veterans Limbic Entertainment have announced today the multiplatform launch of Memories of Mars– an open world survival game set against fictional abandoned mining operations of the Red Planet. Previously part of Steam’s Early Access program, Memories of Mars debuts today digitally worldwide for PlayStation 4, Xbox One and PC with enhanced player offerings priced at $19.99. Players joining the mission launch of Memories of Mars on PC and Xbox One will receive 10% off their purchase for one-week only.

Set 100 years in the future, the dream of exploiting and colonizing Mars has proven impossible. Players will see themselves as recently awoken clones tasked with surviving the barren wastelands of Mars. Players must explore the unforgiving Martian terrain and build a habitable homestead while fighting off against a variety of dangers including strange enemies, extreme conditions and other human clone survivors. Players will also unveil the events that led to the withdrawal from the Red Planet in the hope to answer one question: can they escape?

SURVIVE, CRAFT AND BUILD: Look after your basic needs and cooperate or compete with other clones to gather resources, 3D print all your equipment and build your base, from a functional module to an impressive stronghold containing advanced workstations. There are upgradeable skills and hundreds of items to customize your experience.

EMERGENCY PROTOCOLS AND COMBAT: The game features a quest-like system known as “Emergency Protocols” that will have players perform different tasks through the environment as they learn about the downfall of Mars and encounter and hostile NPCs and competing players that are always looking to interrupt your adventures. These NPCs, from basic security robots or drones to titanic military units, are strange enemies left over from previous, failed, colonization efforts. Now they’ve gone rogue, and you’ll need to fend them off.

EVENTS AND ESCAPE CAPSULE: Memories of Mars offers organic opportunities for adventure, including a unique system of in-game events where players will converge and compete for resources. And finally, the possibility to put together an escape capsule and send it back to Earth.