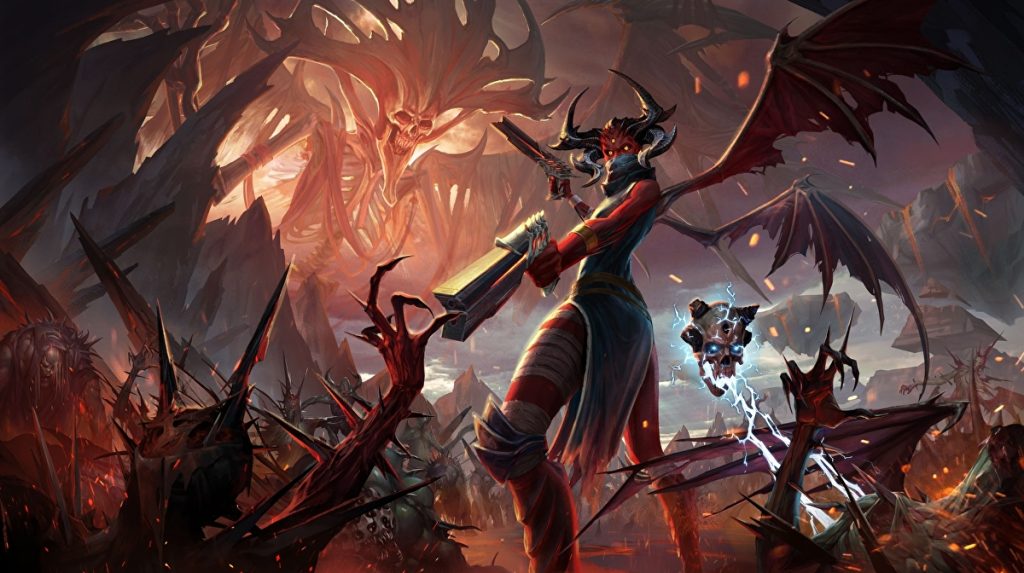 The rock and metal third-person shooter, Metal: Hellsinger has been given an extended gameplay showcase, alongside confirming that Troy Baker will play a role in the game.

Troy plays both the narrator of the game and also your weapon that you wield, which is the blue skull. The extended gameplay sequence gives us a look at not only how the game plays, but also a full boss fight. It looks like melee attacks will reward you with health and ammo and kills will build up your multiplier.

There is over 10 minutes of gameplay captured here for Metal Hellsinger, thanks to GamersPrey.

Metal: Hellsinger was announced earlier this week with a rip-roaring reveal trailer. Since then it has appeared in multiple places, but today’s showcase at the Guerrilla Collective is the longest sequence we have seen yet.