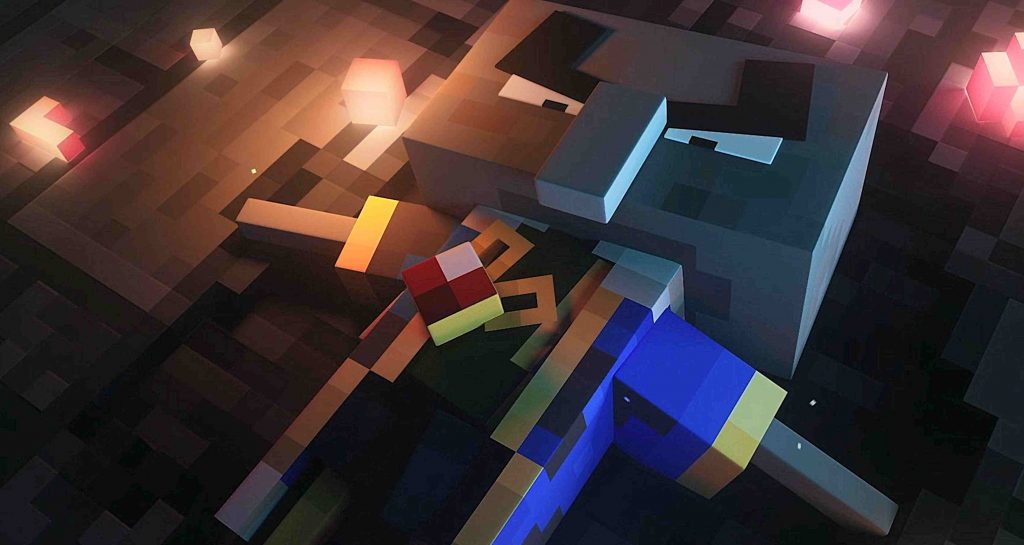 Minecraft Dungeons: How To Defeat The Arch-Illager Final Boss

How To Defeat The Arch-Illager Final Boss – Prep Work

There are a few things you need to do before you start the Obsidian Pinnacle level in Minecraft Dungeons. Firstly, make sure you have a loadout that you are comfortable with, including a weapon with as many enchantments as possible and a bow with the ammo type you are effective with. On top of that, you need to have artifacts equipped that are powerful and useful in this fight, such as the firework arrow and any of them which utilise the ‘soul gathering’ mechanic.

Also, make sure your power level is significantly above the difficulty level you are going to attempt the Obsidian Pinnacle on (5-10 levels higher than the recommended), as the difficulty spike during this boss fight is quite intense.

How To Defeat The Arch-Illager Final Boss – Phase 1

Once you have made it through the dungeon, you will reach a gate that the Arch-Illager will block off initiating the boss fight. The first phase of the fight has two halves of an arena connected by a thin pathway and bounce pads.

The Arch-Illager only has a few attacks in this phase, most of which are easy to dodge. He can spawn archers or regular mobs forcing you to focus on them or shoot out a spread of three-to-five purple blocks which will cover a wide area.

Whenever he spawns mobs, you should focus on taking them out as they can be a nuisance. If you are a high enough power level it should only take a hit or two to kill them. When he fires purple blocks at you, your strategy should be to hit him once, before moving around him and hitting him again. You can repeat this until he spawns more mobs or teleports. 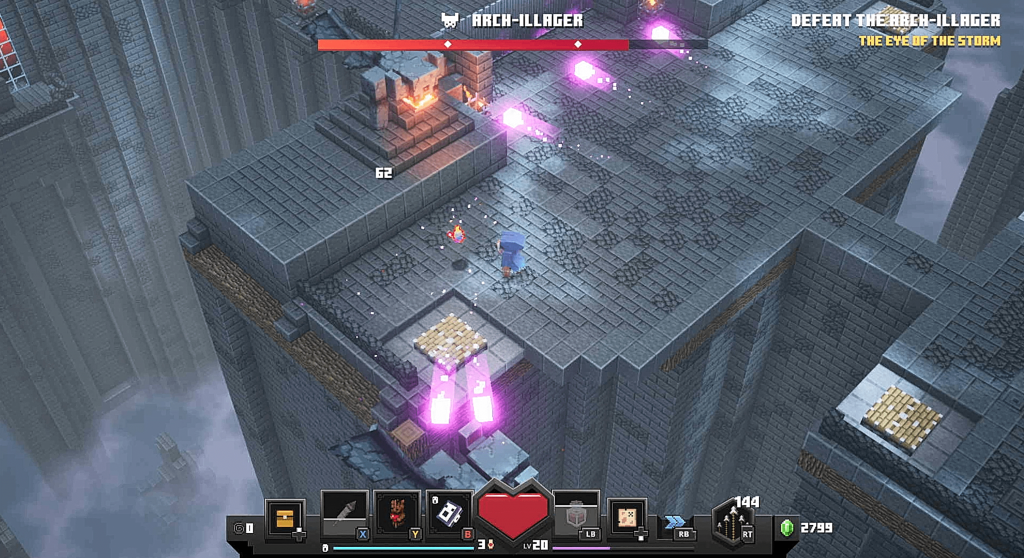 There is actually a chance to stun-lock the Arch-Illager during this phase if you have a weapon that is powerful enough, such as a hammer. This can make this phase rather easy. Overall, you shouldn’t have too much trouble here.

How To Defeat The Arch-Illager Final Boss – Phase 2

The second phase of this fight is where the difficulty spike happens and it is quite a big one. Once you have defeated the Arch-Illager he will spawn a large, black, shadow that is much more powerful than his regular form. This stage of the fight is tough, the Arch-Illager can now output attacks incredibly fast and most of them are immensely powerful.

The Arch-Illager can perform a few different attacks here. Firstly, he will spit purple cubes that will set the ground on fire in a wide area. He will also follow that up with a laser beam that is sent out in four directions and subsequently spins. Finally, he can spawn mini shadow versions from the ground who will shoot more laserbeams in one direction. On top of that, the Arch-Illager is far more mobile and will dart around a lot. 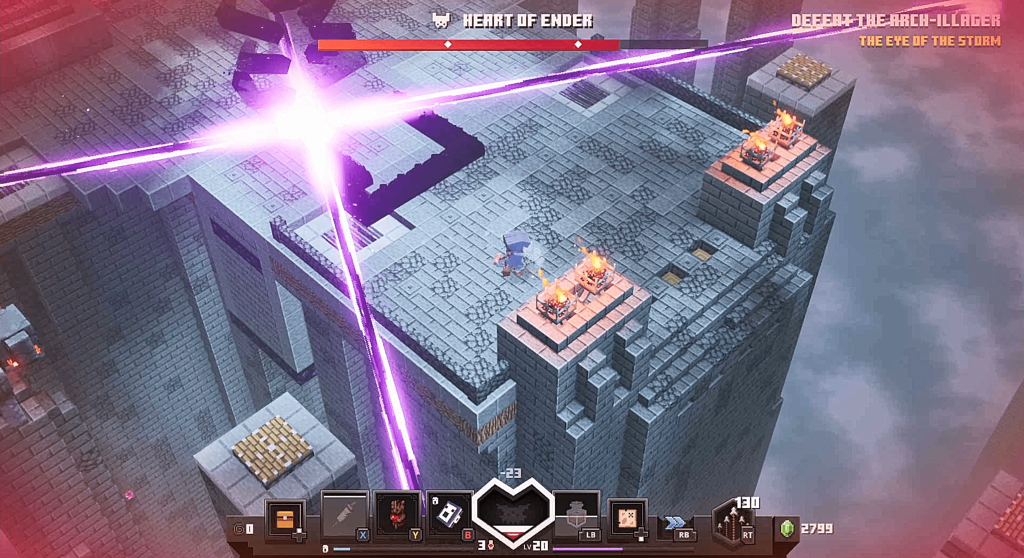 The trick in this phase is to make use of your artifacts as much as possible. Melee attacks are hard to pull off as the shadow’s black trail will damage you if you step in it. The purple fire will also force you away from him.

Your goal should be to pummel the Arch-Illager with as many arrows as possible and using your artefacts whenever they are up, only going in for melee attacks when you have no other option.

Be sure to watch out for the laserbeam that shoots in four directions as the speed at which the shadow turns varies. It will start off slow, speed up, and then slow down again before disappearing. So, be sure to keep your eye on its speed and try not to get trapped, because if you do it is practically a death sentence.

Other than ranged attacks there isn’t much else you can do against the Arch-Illager here. It does take practice as he is so erratic, but after a few tries you will be able to take him down. Once he is down you have beaten the game and you can move on to replaying the game for more gear!