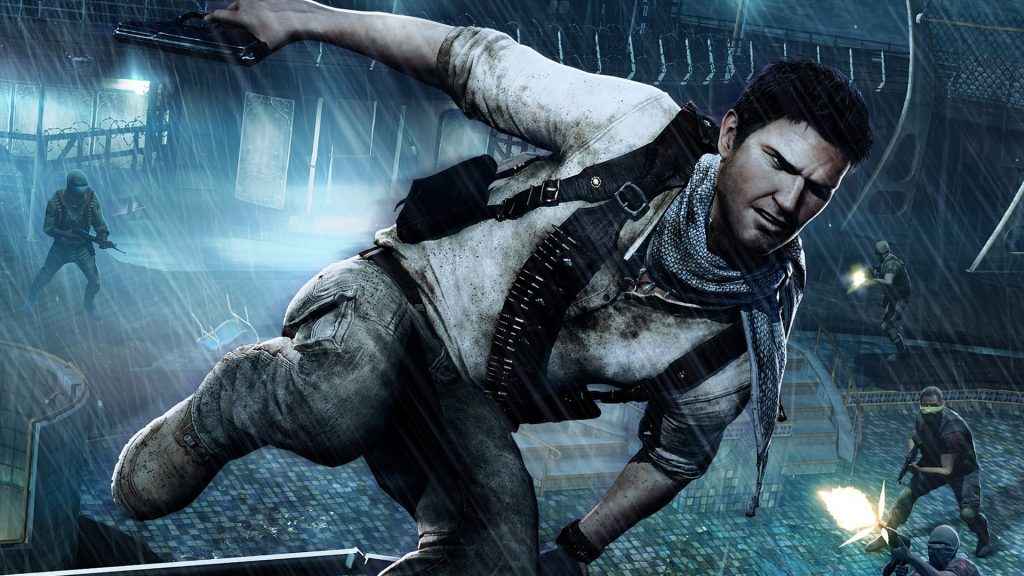 It’s a running joke that Uncharted’s wise-cracking explorer Nathan Drake is both the luckiest and unluckiest man alive. He faces almost unceasing peril and should be dead a thousand times over, but he still comes out the other side relatively unscathed.

Yet we were not quite prepared to learn of the extent of that luck when it comes to being shot at. You see, Nathan Drake actually dodges bullets right up until the point he doesn’t (i.e. the killing blow).

On Twitter, Naughty Dog animator Jonathan Cooper replied to an Uncharted 4 clip with this interesting little factoid about Uncharted’s damage.

Sidenote I learned on joining the team: Drake doesn’t ever take bullet damage. The red UI that shows ‘hits’ is to represent his ‘luck’ running out. Eventually enemies will get a clear shot and kill him if he takes enough near-misses.

Amazing. It changes how you view the game now because rather than believing Drake to be a sturdy bullet sponge, he’s actually doing his best Fortune impression.

Hopefully, Johnathan can also explain why every third ledge Drake is on crumbles with alarming regularity. The balance of his luck?