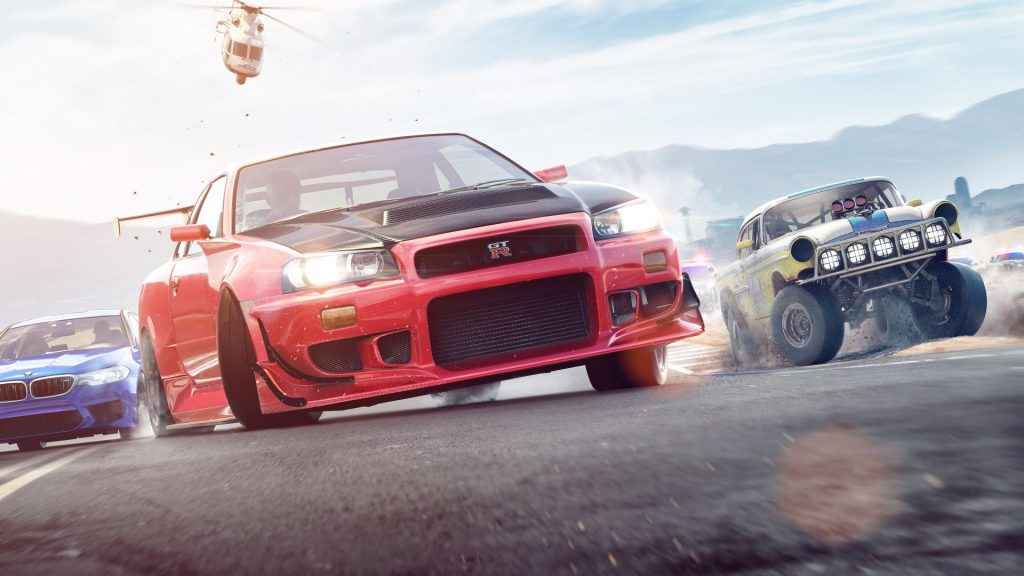 It’s almost time to get free and get a little payback as Need for Speed Payback’s free-roam mode is about to drop in the ‘Alldrive’ update.

It was first touted by EA at the start of 2018, and will be completely free.

The update, which revs onto PS4 tomorrow, makes some basic tweaks and fixes, but the meat of it is the tasty free-roam stuff that should pep up an otherwise infuriatingly dreary entry into the Need for Speed. Here’s what EA say will be added and changed with the latest update.

Introducing Hangout, which will allow you to explore Fortune Valley alongside your friends and other members of the Need for Speed Community.

Alldrive: Hangout will allow you to show off your cars and gives you an environment to socialize. This is the place where you’ll be going when you want an impromptu car meet with your friends, the place to take cool Snapshots of your crew, and the place for you to just cruise the streets (and off-road).

A new item is being added to the Tune-up shop, in the form of Catch-up packs. These packs allow you to speed up the progression of your cars, meaning you can take a car from stock to top tier in a much quicker time-frame.
There will be three different types of pack available, level 6, level 11 and level 16. Each one will be unlocked once you’ve reached a certain part in the campaign.

Each pack can be purchased with in-game bank and will cost:

Snapshot Pro Improvements
We've made some tweaks and improvements to Snapshot Pro, the first one being that you can now take Snapshots while in a takedown sequence. Alongside this, we've increased the distance the camera can move further away from the car, giving you a little more freedom to take that perfect shot. Some minor tweaks were also made to the sensitivity, making movement across bigger distances a bit quicker.

Objects in the background have had their quality level increased when you enter the mode, allowing you to take even higher quality Snapshots. The ability to toggle dirt on and off has also been included.

Snapshot Pro will also be usable within Alldrive Hangouts.

Front Menu Improvements
We’ve made some adjustments to the front menu. Nothing major, just small quality of life improvements to help you stay up to date with Need for Speed and to get into your chosen area (campaign or multiplayer) much quicker.