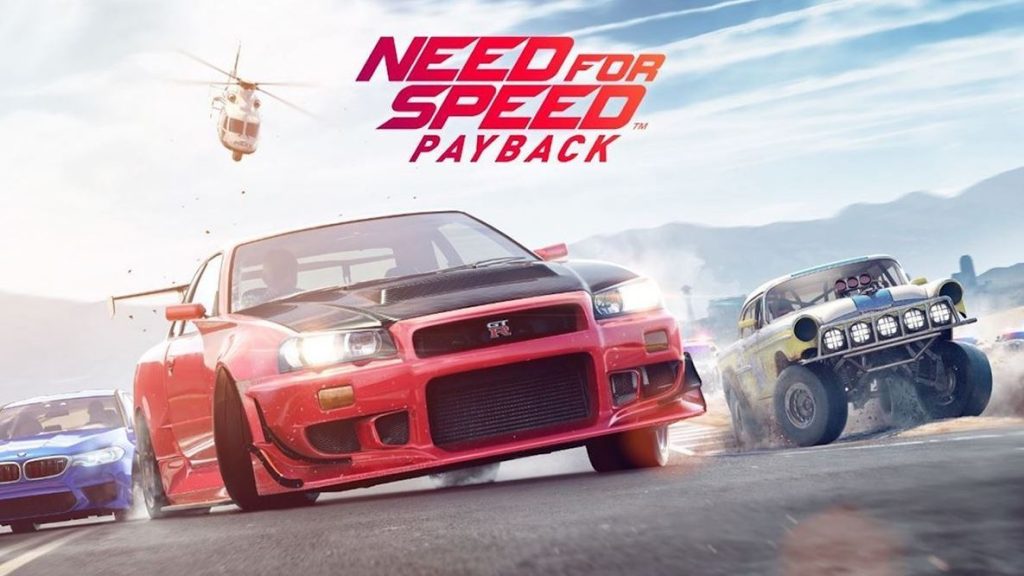 Need For Speed: Payback promises a mix of some of the best things the series has had to offer from its many iterations. You want the police chases? The customisable, unique cars? Stunts? Open world? A Fast and the Furious inspired story? All here, and proclaiming to be bigger and better than ever before. Both in-game, and for the series itself, the stakes are high. Can Payback steer Need For Speed to fresh success? Or is it a skidmark on the franchise?

For Payback, Need For Speed goes for a heist story, played out across a huge road-based playground that makes up a fictional recreation of Las Vegas and draws in the aforementioned series highlights along the way. There’s a built-up Vegas Strip section, a peaceful woodland peppered with mountain ranges, and a rocky desert area. All of this is a lovely sight to behold as you cruise about, without ever being particularly engaging. Payback does try to get you exploring via the usual collection of speed runs, jumps, and billboard smashing, but none of that particularly highlights any interesting sights beyond the base aesthetic. The singular, most interesting discovery you can make is the derelicts, husks of cars that can be built into a custom dream ride. Payback is essentially a racing RPG-lite adventure, but it lacks something usually synonymous with an RPG, character.

You play mainly as Tyler Morgan, a non-entity of a protagonist, another recording of the common videogame species Genericus Whiteboyus. It’s hard to say he’s hateable, as that would imply he does or says anything worthy of such emotion, but his beige porridge personality rankles in its own way. His lines (and most others) are delivered with all the gusto of someone asked to recite a fitness bore’s lecture on the correct procedure for using a treadmill. His whole existence could be erased and replaced with the adventures of your car’s gear stick and it’d be no worse. 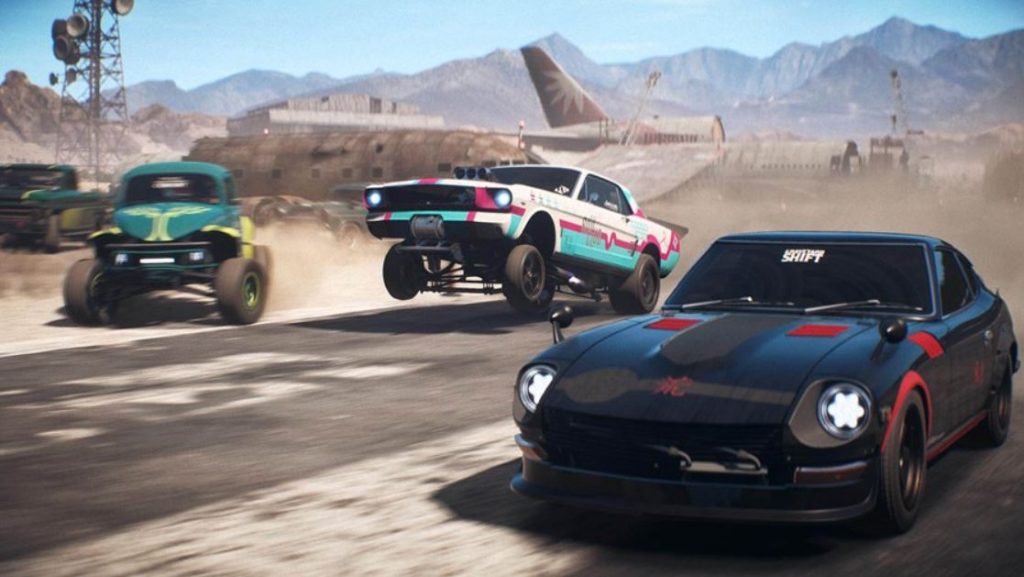 This is supposed to be a thrilling story about daring heists, betrayal, and camaraderie. Instead it plays out like the world’s most uninvolving, unmoving soap opera. The only variation on tone is snark and ‘banter’, both of which are tired, and wholly clichéd. Honest to goodness, there’s some line delivery in here that sounds exactly like a jaded casting director reading the cue-in lines at an audition.

Not helping with this is that the game peppers this dialogue over everything, and it soon becomes white noise. Cutscenes are ten a penny during the game’s opening hours, and with nothing to get you motivated, they just take up the time that could be spent driving.

It’s a mercy when the tutorials finally end, and you’re allowed more freedom, because quite frankly, Need For Speed Payback’s opening hour is grim tedium incarnate. The initial forced races you encounter feature some eyebrow-raising rubberbanding that only appears to benefit the opposition. I clipped a corner in an otherwise perfect race, and slipped to third on the last corner. Because the game decides that other racers colliding or crashing into you isn’t a meaningful action to anyone but yourself unless specific rules are in place. Things are just incredibly stop-start at the beginning, and the first of the flaws in the actual driving creep in, noticeable simply because there’s nothing else of interest going on. 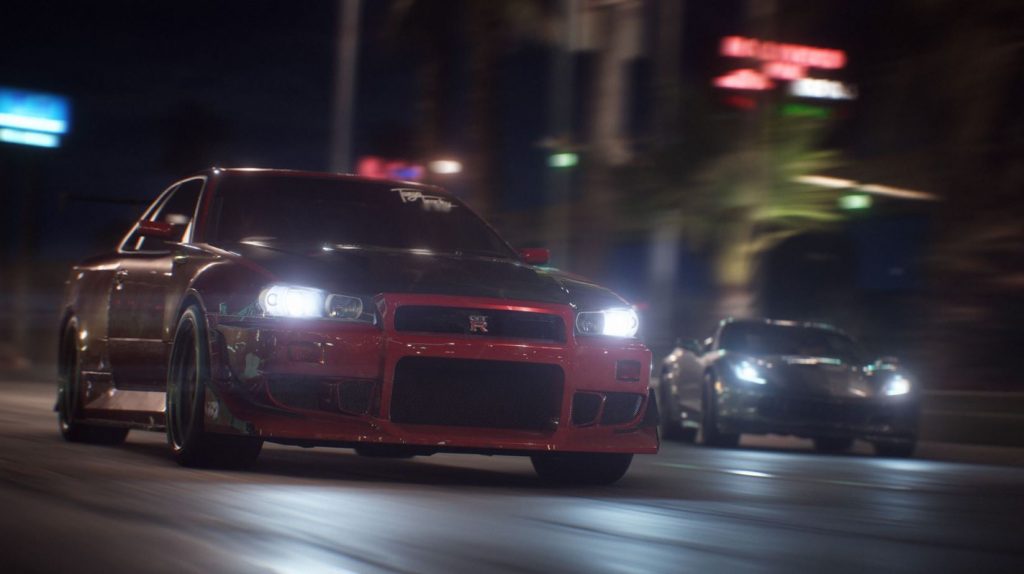 Once you get out into the open world proper you get to the exciting action parts of the story. Well, you would if there was more consistency about it. The flow of Need For Speed: Payback is constantly interrupted, putting exhilarating moments behind needless gates, be they story exposition or cutaway scenes that rip the control away from you before the fun starts. You’d expect to do the stunts yourself, given the amount of opportunities to do so found in the game world. But if the story is involved, then nope, you best get used to gawping at distinctly unthrilling cutaways of your car making daring jumps without your control. I get that it’s there to help draw a wider range of player abilities into playing Payback, but a sliding scale that gives the player more control over these moments as an option, it would be fine, as it is, it’s a touch patronising.

Focusing on the actual road action, things do actually improve. After all, the core of recent Need For Speeds were perfectly fine, and when all the unnecessary extras and mechanical streamlining are left by the wayside, the pure and enjoyable arcade racing gets to shine. Drifting is utterly satisfying, and careening around the various streets, dirt tracks, and winding mountain roads is generally solid and enjoyable. For every time the core positives seep through, there’s a mop of poorly executed ideas blotting up the good juice, but it’s worth keeping in mind there’s still a level of enjoyment to be gleaned from Payback’s racing.

The pursuit side of Need for Speed Payback is sadly, not what it could be. As I alluded to earlier, rather than have it as an ever-present part of Payback’s world, a police presence is purely restricted to certain missions, and when they do show up, the encounters are more about evasion than battling. The takedowns on offer are remarkable in how unsatisfying they are, which is obviously disappointing given the theme is heists. The escapes can still be thrilling of course, but you come back to the issue of the best parts being taken away from your control, and once again, the mop of wrong smears the good things about Payback. 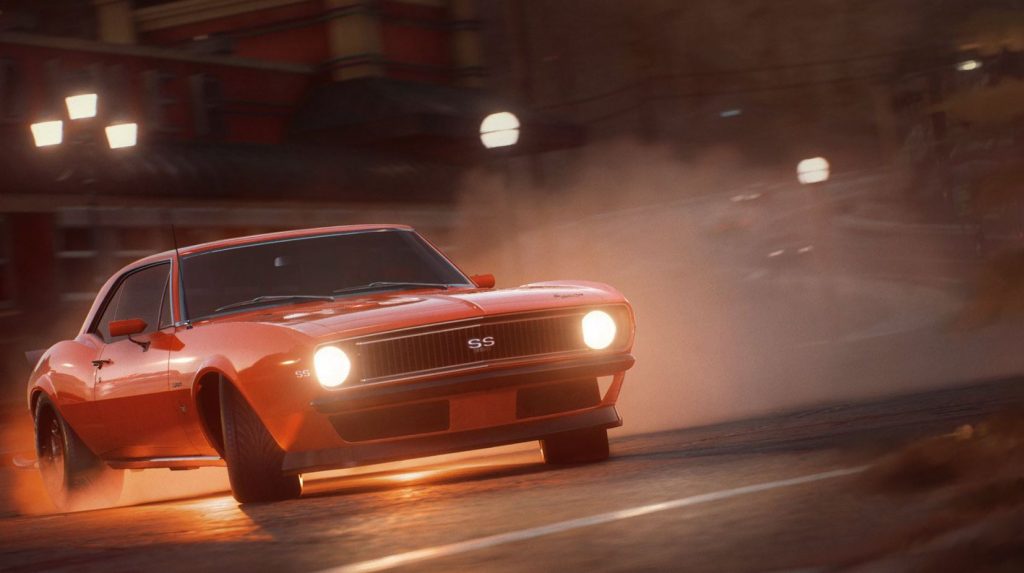 Progression is yet another bone of contention. In theory, the card system used to upgrade your cars is a good idea. Upgrading various cars to suit the various styles of driving ensures less of a reliance on a couple of cars, and it’s highly entertaining to make aesthetic changes to your favourites too. Where the problem lies is in how this progression system is set up. Simply put, Payback is very heavy on the grind, and when you see that sitting alongside the almost inevitable microtransactions and the random nature of the card system, it’s not hard to feel cynical about exactly why that grind exists. That it comes in a game already laden with bad choices makes it all the more unfortunate.

Need For Speed Payback isn’t a bad game at its core, it’s just drowns in bad decisions. There’s a real clash of ideas going on, where it wants to be accessible, yet does everything in its power to dilute the joy that a Need For Speed at its best provides.If you really want a wider audience to embrace the series, then going for an aggressive grind-heavy route where you’re forced to listen to dreary dialogue delivered by animated shop dummies is probably not the way forward.

When you consider the best of what this series has given in recent memory, it makes some sense that Ghost Games has tried to fill this vast open world racer with all the best tricks of the past, but this has meant compromises, sacrifices, and needless additions are all too present, and that is why Need For Speed: Payback is a sadly not an overly pleasant ride.

There’s a perfectly fine racing game somewhere in this mess of half-baked ideas. A fun arcade racer has been drowned in enough ‘one more thing’ additions to fill the entire run of Columbo, and the result is a rather unpleasant muddle of bland story, stop-start driving, and player control being ripped away just as things get juicy.