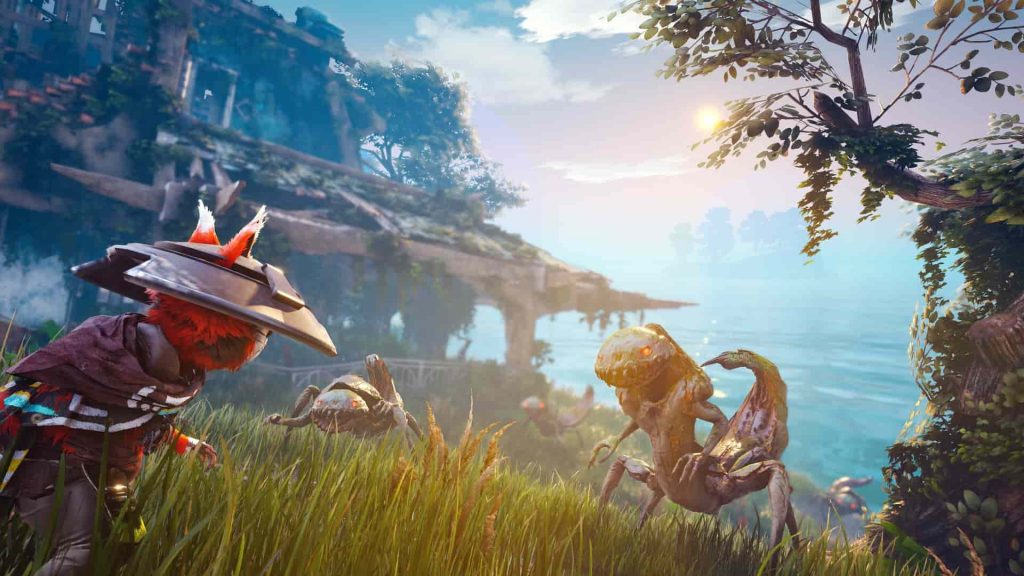 A chunk of new Biomutant gameplay has just debuted showcasing some impressive upgrades to the game as well as a intense level of choice. But, we still don’t have a release date for the game.

The new gameplay was showcased during today’s IGN Summer of Gaming and it as well as an extended interview showcases the extent to which the game has grown since we last saw it, such as some wack and incredibly colorful bosses, as well as how deep the RPG systems are. We also seem to have the first confirmation of vehicles in the game, such as a fast jet-ski-like water vehicle and a submarine boss battle against a giant deadly turtle.

We also get a look at some crazy and imaginative weapons and gadget which can be used against enemies, showing the customisation on offer and how much choice you have over your game. There are reportedly thousands of combinations for weapon and gadget parts.

The interview holds a lot more details including crafting, different zones, and how you will need to use your parts and skills to access new areas. The game looks really impressive and it is the first time we have been wowed by what we have seen since its initial reveals back in 2017 and 2018.

You can watch the latest Biomutant gameplay below:

Biomutant was announced all the way back at Gamescom 2017 and hasn’t been seen since the 2019 show following year. THQ Nordic announced a collector’s edition for the game last August and it was reconfirmed that the game is in its final stages of development earlier this year.

Biomutant is set to release later this year for PS4.