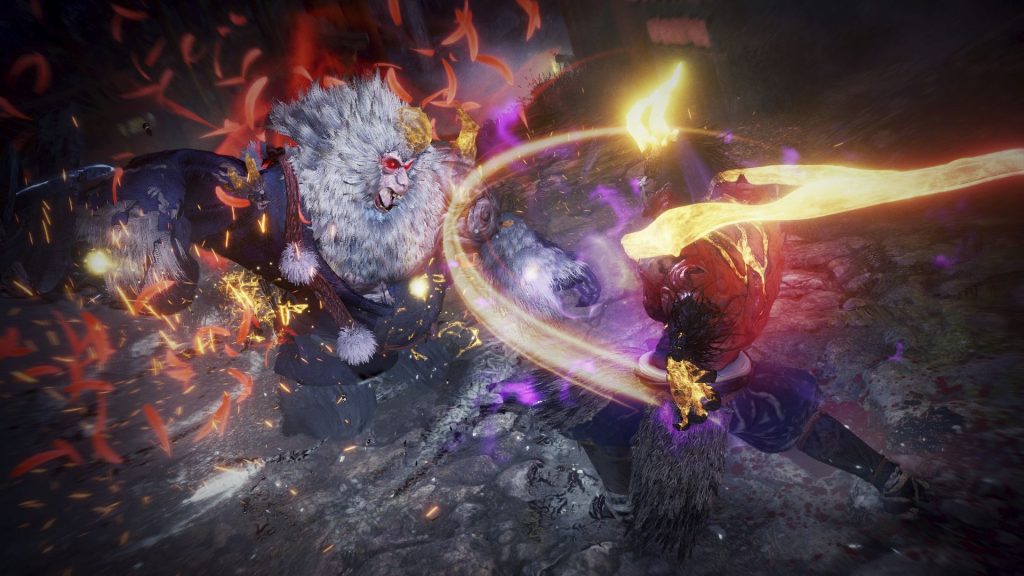 From its brutal, punishing combat, to its myriad of systems and layer upon layer of tinkering, it’s safe to say that starting up Koei Tecmo’s Nioh 2 and attempting to learn its combat sure is a daunting prospect. It doesn’t help that you’ll get your ass kicked at every turn whilst trying to learn its intricacies, too.

That’s the name of the game, after all. Fans of the original Nioh will be acutely aware of its delectable mix of a dungeon crawler-esque loot system married with deep, explorative gameplay and combat. We loved it. And by the time you read this, it’ll have been made known that the sequel has usurped it in nearly every respect.

With that sort of praise, it’s only natural you may be curious about jumping in, but it’s equally as possible that you could be turned off by its purported density. And while that’s true to a degree, Nioh 2 is genuinely one of the best games of the year and worth a try no matter your apprehension.

That said, a little helping hand has never hurt anyone, so we’ve laid out the combat blueprint below – explaining how the mechanics work, what upgrade affects what, and how to best equip yourself in throttling each and every foe in the realm.

In its most simple terms Nioh 2 can be broken down into three categories: combat, gear, and leveling.

What makes it a lot more complicated is just how malleable every category is, how you can upgrade everything to the nth degree, and how there’s sets and sub-sets of modifiers and combinations to utilize on your quest through Sengoku period Japan. But we’ll get to all that later.

To begin with, let’s focus on combat. Like the original Nioh, the stance-based system makes a return, as does the Ki (stamina) system.

Attacking expends your Ki, with the severity of its depletion determined by your stance:

For our money, a healthy dollop of high stance is the way to go, it’ll force you to fine-tune your reaction times and dodging abilities whilst inflicting sizeable damage upon enemies. This becomes an important component for some of the earlier boss encounters as it oftentimes feels as if your attacks don’t do an awful lot to their health meters.

By that same token, a high-stance playstyle will deplete your Ki bar (green below) before you have time to blink so it’s vital you get to grips with Ki Pulse. That is, upon finishing a string of attacks you’ll notice a blue aura of sorts swirling towards your character; a well-timed tap of R1 will restore some of your expelled Ki, and this technique is vital to nail down going forward.

The last bar, the Anima gauge, (purple) is a little more comprehensive a change this time around. Unlike the original, your character in Nioh 2 is a mix of human and Yōkai – the demonic apparitions found in Japanese folklore – and the latter changes up your gameplay considerations quite a bit. Simply put, you now have demonic abilities that you can call upon to change the tide of a battle as well as a special counter that can render an enemy’s Ki in ribbons.

To that end, ‘Guardian Spirits’ have made a return albeit with a significant caveat or two. Inextricably linked to your aforementioned Yōkai abilities, the ‘Guardian Spirit’ is no longer ‘Living Weapon’ with a set of passive buffs like in the original Nioh but rather an embodiment of your Yōkai form. At the beginning of the game you can choose between three Spirits; Makami (Brute), Ame-no-Mitori (Feral), and Kagewani (Phantom). Each will grant specific buffs and abilities but it’s not really that important who you pick considering you’ll earn more as you progress through the game.

Once that aforementioned purple bar is filled up and you can initiate a full ‘Yōkai Shift’ with a press of Triangle & Circle, that is, the part where you turn into your Yōkai form to wreak havoc across the battle arena. The time in which you have in this form is dependent on how many attacks you dish out as well as how many you receive in return. Whatever you’re hit by will deplete your Anima bar but won’t affect your actual health bar once you inevitably turn back to your human form.

This is a real important aspect of the game’s mechanics to get to grips with. Because, more so than in the original, Ki management is vital both for yourself and most of the bosses you encounter. Once a boss’ Ki is expelled (when they’re at their most vulnerable) they retreat into the ‘Dark Realm’, a sepia-toned alter-verse that severely impends your Ki restoration and heightens their attacks as they recover.

As a result, this is where the ‘Yōkai Shift’ is best used as your Anima bar is unaffected by the Dark Realm and you can attack to a fair degree without the same amount of trepidation you would have if you did so in your human form. (Plus you’re stronger and have buffs in tow). Unless you’re supremely confident with pattern recognition and Ki management you’re ill-advised to jump at a boss headfirst in your human form once they shift to the Other Side.

Your Yōkai abilities don’t just stop with the Shift, of course, with arguably the most vital of additions being the Yōkai Burst (L2+Circle). Working effectively the same as the Mikiri Counter in last year’s Sekiro, the Burst is all about reading an enemy’s tells and responding in kind with a counter barge that deals a severe blow to their Ki. Make no mistake, the difference between beating a boss or losing to it can oftentimes come down to your proficiency with the Yōkai Burst.

There are cues that do choreograph when you’ll need to utilize it, for one there is a distinct audible cue, and more pronounced is the shroud of red mist that surrounds the enemy. Once you see that, follow the animation and punch in L2+Circle, you’ll shunt forward, pummeling into your foe, staggering them and decimating the Ki meter. If you clear out the meter entirely they will be vulnerable to a Grapple attack with a punch of Triangle. These finishing move-of-sorts can deal a sizeably amount of damage which is vital if you’re gearing up for a spate in the Dark Realm. Learn how to use the Yōkai Burst effectively and you’re a good way towards succeeding in Nioh 2.

The final extension of the Yōkai powers with Nioh 2 revolves around Soul Cores, which are enemy-specific singular abilities that you can link to your Guardian Spirit. Many of the enemies and bosses drop these cores, which can be affixed and used as abilities that consume Anima. (L2 + Square & L2 + X, respectively). Once you encounter one, you need to pray at a Shrine to purify it otherwise it won’t be usable. These abilities are the embodiment – or fittingly ‘soul’ – of the enemy you felled, and two can be equipped at a time, the combination of which is dependent on adherence to the Attunement limit of your Guardian Spirit.

Like the Yōkai Shift before it, Soul Core abilities are best used in the Dark Realm to maximize their impact. Given your hamstrung abilities, both Shift and Soul Core abilities can allow you to weather the storm and hit a boss’ Ki with ferocious impact. They’re also not always melee-based, and feed into the wider of idea of using everything at your disposal – be it specific gear combinations, items, or whatever else – to succeed.

All told, combat is just one aspect of Nioh 2’s robust set up, and we’ll delve into the other aspects of the game in due course, but if you can get to grips with the above you’ll certainly be giving yourself a good foundation to work off in tackling some of the brutal bosses Nioh 2 has to offer.