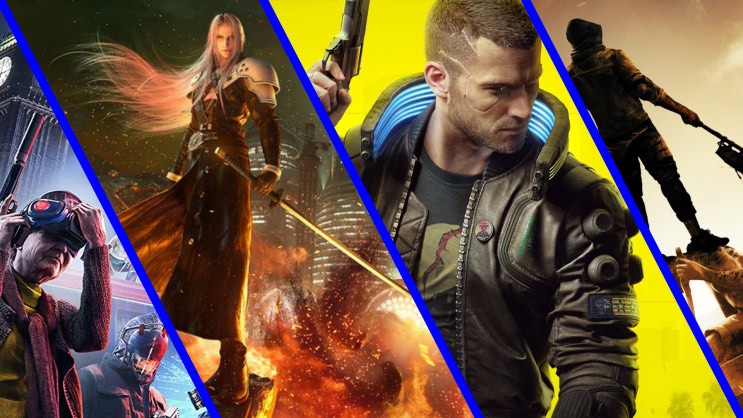 I don’t know if you’ve looked at the calendar for next year recently, but from a release point of view, and thanks to E3 2019, early 2020 is looking more stacked than Brock Lesnar’s supplement cabinet. Just off the cuff we have Ubisoft’s Gods & Monsters emerging in February 2020, Final Fantasy 7 Remake arriving on March 3, 2020, Watch Dogs Legion landing on March 6, 2020 and Cyberpunk 2077 landing on April 16, 2020 and Dying Light 2 in Spring 2020.

On the face of it, all of them would seem to be proper bangers in the making too.

Gods & Monsters looks like a gorgeously, charm-stuffed open world adventure that channels European mythologies to evocative effect. Final Fantasy 7 Remake looks every bit like the re-imagined vision of the PSOne classic we all hoped it would be. Watch Dogs Legion seems to forge a truly fresh take on the open-world template, with a massively compelling setting to boot. Cyberpunk 2077 is shaping up to absolutely honor the hype of its heady, open-world RPG ambitions in no uncertain terms, while finally, Dying Light 2 grandly iterates upon its predecessor with gloriously fun, open-world zombie mashing that is underscored by a dynamic, evolving narrative.

To say that early 2020 is going to be a busy period of time would be quite the understatement indeed, however, what this resoundingly robust line-up of PS4 games also does is it looks to provide Sony’s eighth generation home console with one of the best send-offs a console has ever had, as we begin the inexorable march to the sunny uplands of the PS5.

As such it also reinforces the standpoint that despite ageing gracefully, the PS4 will be around to support great, ambitious games like this for years to come and that should need to upgrade to PS5 become keenly felt, the fact that Sony’s next-gen console is backwards compatible in turn provides assurance that buying and playing those games as soon as they arrive will not be a wasted endeavour.

And all of this is before Sony reveals their own plans for the early part of 2020 where first-party releases are concerned, as we could very plausibly see either or both The Last of Us Part II and Ghost of Tsushima launching within that same timeframe. Ironically, with PS5 looming over the horizon, there has never been a better time to own a PS4.

As farewell tours go then, I can hardly think of a better send off for our beloved PS4 as it settles comfortably into its twilight years. Can you?