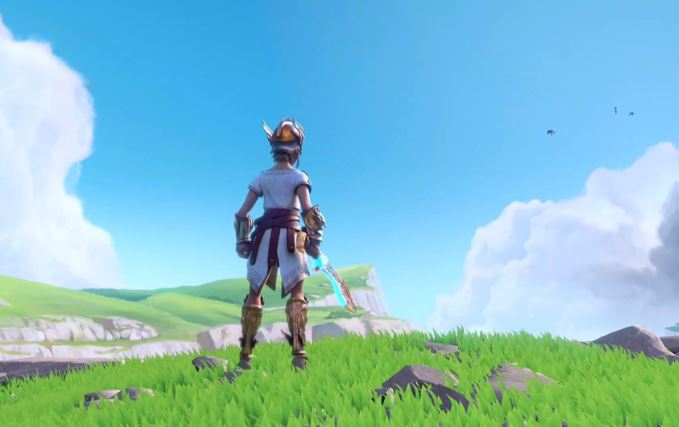 Gods & Monsters has been announced by Ubisoft during E3 2019, with the project currently in development by the same team that created Assassin’s Creed Odyssey. It’s billed as an open-world adventure game that will take players on a journey exploring Greek mythology, and features a beautiful painted art style to boot.

The trailer below appears to take inspiration from Zelda and other fantasy based games, which is certainly no bad thing.

Players will assume the role of Fenyx, a forgotten hero who is tasked with dispatching the Greek monster Typhon. That’s easier said than done, though, as the beast is flanked by numerous creatures including gorgons, harpies, cyclopes, and other mythical horrors.

Gods & Monsters takes place on the Isle of the Blessed, which is far from a sun-baked Greek holiday resort. It’s packed full of peril, from dungeons, puzzles, and legions of iconic Greek monsters. However, Fenyx is able to obtain the Gods’ blessing by completing various feats, which reward you with unique powers to aid you in your adventure.