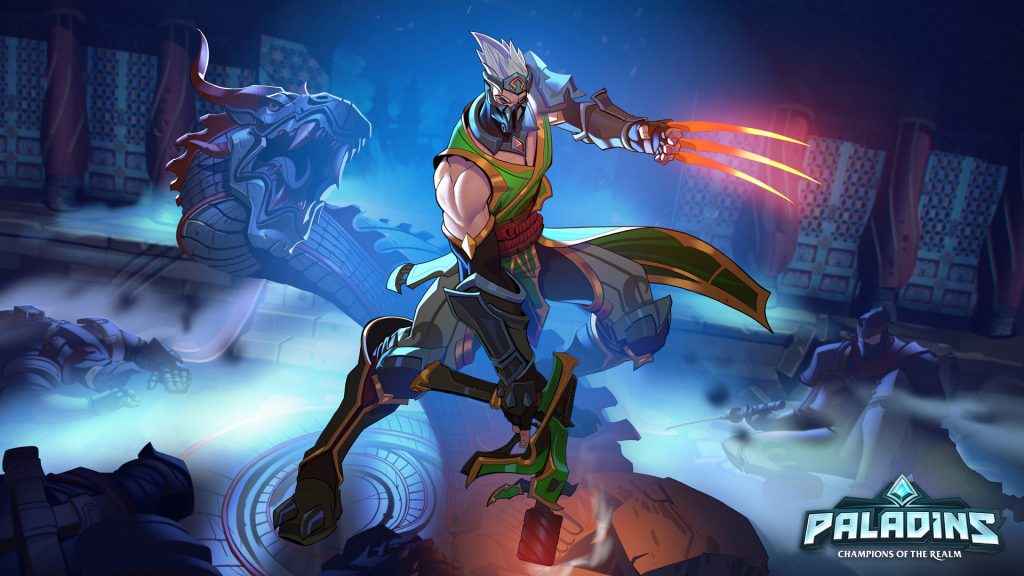 Paladins update 1.6 is available to download right now on PS4, Xbox One, Switch and PC. The patch notes are slightly different per platform. You’ll see this download as update 1.74 on PS4.

In the press release from Hi-Rez Studios we discover that:

The rift into the Abyss is opening wider, and dark echoes are seeping into the Realm. Update 1.6 also introduces the newest Champion to Paladins: Dredge, the Admiral of the Abyss. This pirate ruled the eight oceans before an unfortunate encounter with a dragon spelled his doom. Fortunately for Dredge (and unfortunately for the Paladins), Dredge was brought back to life by Abyssal forces. Now the undead admiral sails the seas again. And none will take his treasure.

Dredge is a Damage champion, wielding a grenade launcher-like Cursed Howitzer… with an adorable squid on top. He can do typical pirate things, like throwing a harpoon. But he also has

Abyssal powers, tearing Shortcut portals through reality. Dredge can even summon a kraken! Also in 1.6, players will be able to do battle in Dredge’s hideout: Marauder’s Port, a new

Onslaught map. In ancient times, this remote island was home to an Abyssal cult. Over the years, the isle became a haven for crooks, scoundrels, and anyone escaping watchful eyes – including the pirate Dredge.

The 1.6 update is the biggest yet and offers more cosmetics than ever before. Ying becomes an armored demon, Fernando turns into a ghost knight, and Vivian is a vampire-hunting vampire.

Even better, the “lone wolf” Viktor becomes an actual werewolf, Inara is encased in spiky steel, and Talus… gets dressed up for Halloween (and it’s adorable!)

The PC and PS4 version both received the Paladins update 1.60 hotfix. Here’s the patch notes:

The Dark Tides event is free to play now on PC, Xbox One, PlayStation 4, and Nintendo Switch.

If you’re a fan of free games (and who isn’t really), why not take a peek at our best free PS4 games feature here.