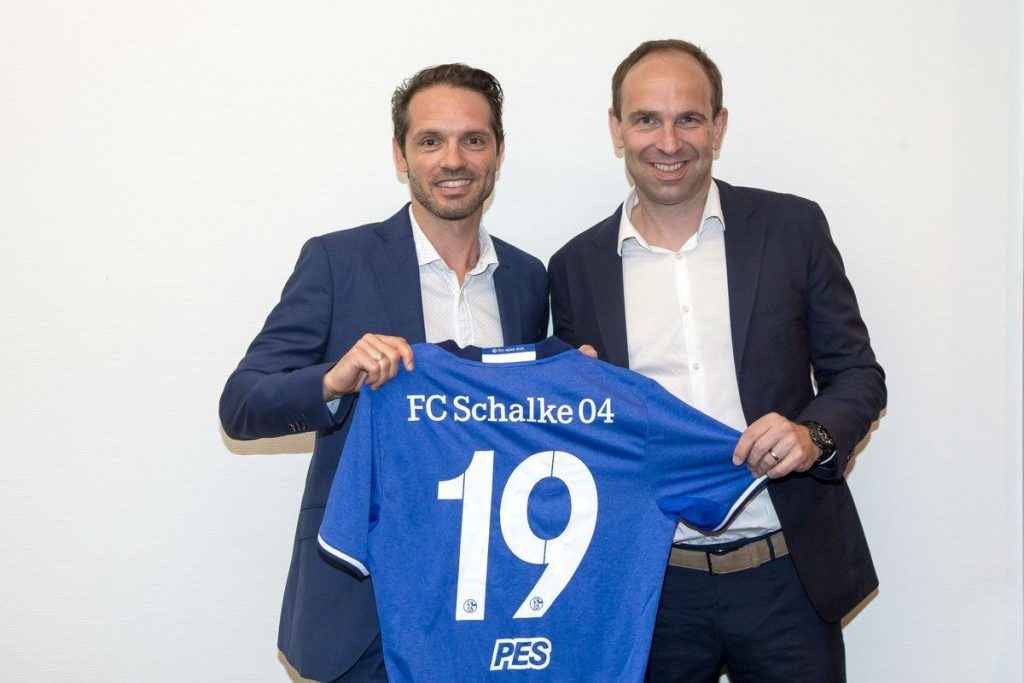 Over the weekend, Borussia Dortmund canceled a longstanding deal with Konami for the club’s player likeness, stadia and more to appear in Pro Evolution Soccer. The reasons given in a statement were, quite frankly, nonsense, and seemed to hint at EA trying to stifle its only competition by putting pressure on Dortmund.

Mind you, just after this happened, Konami entered a new partnership with another German side, FC Schalke 04.

The partnership brings a stunning recreation of the club’s VELTINS arena, detailed kits, player likenesses, and a real-world shirt and ground sponsorship. You can see a couple of screens below detailing the stadium recreation. Konami has been hoovering up additional licenses for PES 2019, with 7 new official leagues being added, and two more yet to be announced.

As for the Dortmund snub, well, good thing PES has an edit mode and a great community for filling in the licensing blanks really.