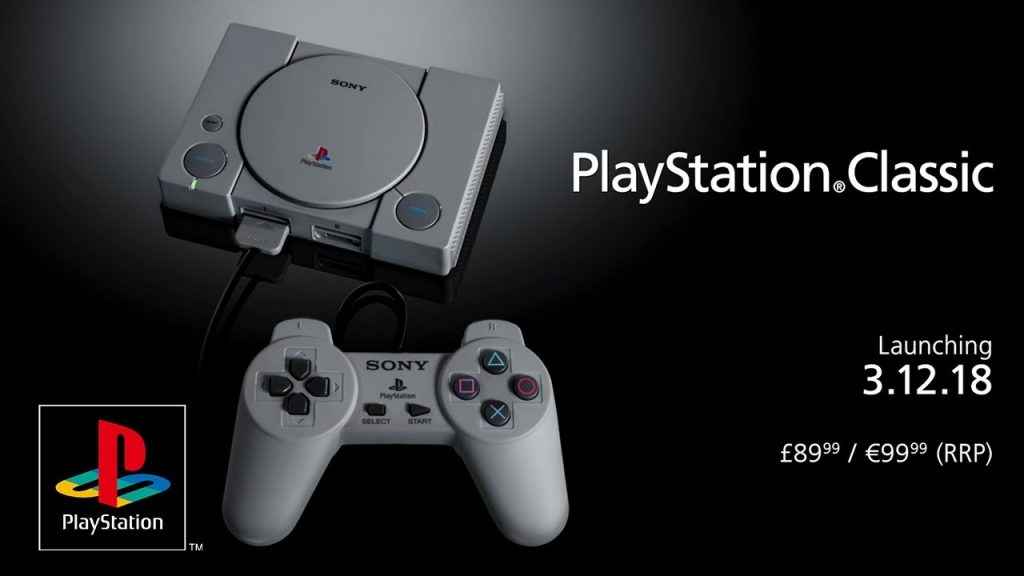 With its cute form factor and neat selection of games, there’s little doubt that when the NES Classic Mini went on sale in late 2016 neither Nintendo, nor anyone else for that matter, could have gauged just how much of success it would be. As such, the nearly four million units sold to date must have come as quite the pleasant surprise for the Kyoto-based platform holder.

Buoyed by that success, Nintendo would attempt to capture lightning in the bottle once more and repeat the trick a second time in 2017 with the release of the Super NES Classic. A lovely homage to the original machine, the Super NES Classic not only did the business again for Nintendo, but it actually smashed the sales of the NES Classic Mini with over 5 million units sold so far.

Naturally, it didn’t take long until eyebrows were raised at Nintendo’s newfound success in re-releasing its classic heritage to a contemporary audience. As one of these eyebrow raisers, Sony began in earnest developing their own mini console to stir the nostalgia and hopefully replicate the good fortune that Nintendo experienced.

Fast-forward to September 19, 2018 and an envious dream has become a reality; Sony have confirmed that the PlayStation Classic is now very much a thing that folks will be able to buy before the year is out. Huzzah…right?

Packed with 20 pre-loaded games and with seemingly no ability to add to that library, the PlayStation Classic follows in the footsteps of Nintendo’s classic machines by forcing a static and rigidly unchangeable selection of games upon the player (it’s looking increasingly likely that if you wanted Tenchu instead of Jumping Jack Flash you’re going to be shit out of luck, for example).

Speaking of which, the types of games that you’ll get with the PlayStation Classic will be hamstrung by another flaw – the lack of Dualshock analogue stick. Yep, that’s right, when they said ‘PlayStation Classic’ what they meant to say was ‘PlayStation 1994 Classic’, and so now the upshot is that any game that uses those twiddly sticks will have that functionality stripped out, or in the case of Ape Escape, simply won’t be available at all.

Hardly the ‘classic’ PlayStation experience that many of us fondly remember.

Another problem, and one that Nintendo itself will also have to confront when it eventually regurgitates an N64 Classic Mini console into our faces are 3D visuals, and most pressingly, how to address just how badly they’ve aged in the two decades plus since we saw them last.

Without any kind of stated hardware up-scaling going on and with visuals that will be unfortunately cleaned up by the PlayStation Classic’s distinctly modern HDMI output, the native and rarely achieved maximum resolution of 640 x 480 will look *awful* on today’s 4K televisions.

Worse still, is the fact the situation will be exacerbated by a fault with how the first PlayStation home console rendered up-close textures that caused them to warp as they moved past the camera. To say that would be off-putting on a 55′, 4K TV would be an understatement to say the least.

Also games with pre-rendered backgrounds that clearly end up suffering the most, such as Resident Evil (assuming it makes the cut) and Final Fantasy VII. Because there will be no way to scale pre-rendered assets, you’ll end up with staircases for jaggies that will effectively take off those rose-tinted glasses you have before jumping up and down on them.

Beyond such concerns, Sony have just seemed merely content to just follow Nintendo’s blueprint and as a result the lack of ambition with the project is pretty staggering. The lack of PSN ID sign-in to allow Trophy unlocks seems like an egregious omission (as just about every retro collection under the sun on PS4 allows), and likewise neither does there appear to be any other attempt to subtly modernize the console or its gaming offerings beyond its crumbly origins.

Sony shouldn’t have been content to just copy Nintendo; they should have done *better* because right now the PlayStation Classic looks like a deeply cynical attempt at capturing the magic of bygone generation of gaming and little else.

Of course, if history has taught us anything it’s that the power of nostalgia is a powerful motivator and based on that alone I imagine that despite its flaws, the PlayStation Classic will still enjoy grand commercial success. As it is though, the PlayStation Classic’s lack of forward thinking aspirations and collection of shortcomings are making it look like a missed opportunity that hardly seems fit For The Players.