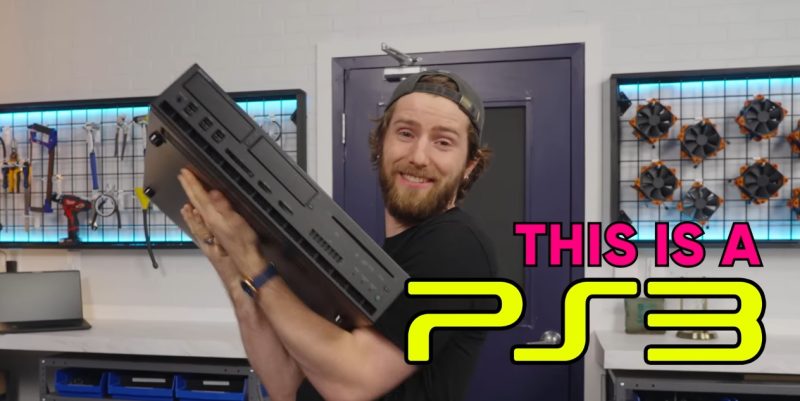 A new video from Canadian YouTube channel Linus Tech Tips showcased not just a PS3 devkit in a new video, but a PS Vita devkit. Though in the case of the latter, they were not allowed to open it up and take a look around inside.

The PS3 devkit however is a different story, as you get a close look at what is definitely the largest version of the PS3 out there. The video goes through its various features, and showcases some games running off it.

You get to see development versions of games like Life Is Strange and Little Big Planet, but most interestingly you get to see Gears Of War 3 running on PlayStation hardware.

In terms of the PS Vita devkit, we see just how developers would have had to MacGyver their own way of testing out button mapping, by taping the display screen with a front and back touch pad to a DualShock controller.

It’s definitely a cool video to check out, for fans and developers alike, as one of the top comments on the video comes from a developer who said the video was “a blast down memory lane. God I hated hauling those things to developer desks.”

One thing’s for sure, that those kits definitely don’t look light.