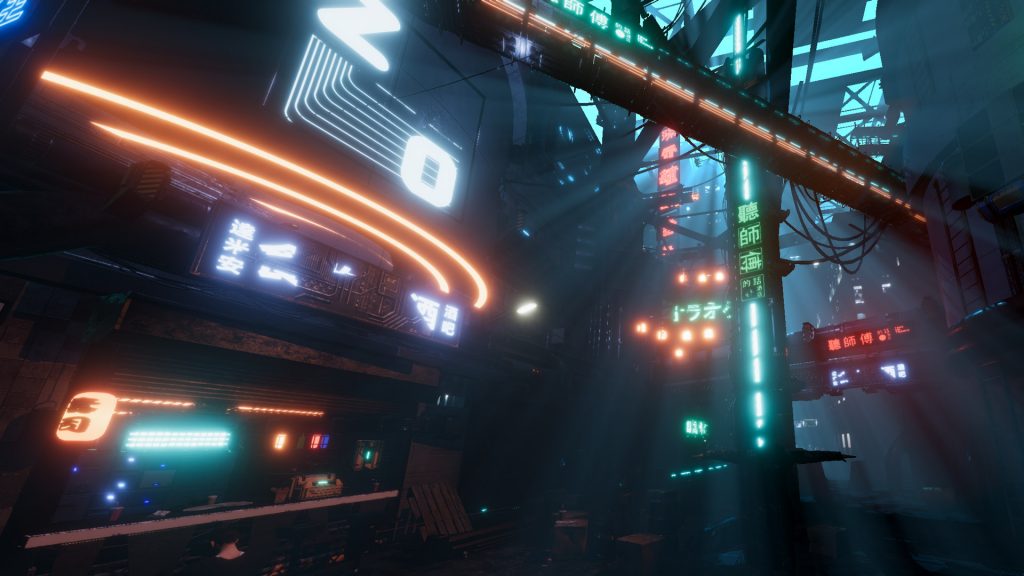 LOW-FI looks to be the first official exclusive PSVRVR title for the PS5. This cyberpunk title is listed as a PS5 VR title in a brand new trailer, making us wonder if a PSVR 2 announcement is in the near future.

The game’s Steam page gives some more details about the project and what to expect.

You take on the role of a low-fi, a term given to someone who can’t merge with something called the Platform: a virtual reality simulator where most of the cities residents choose to reside. As a police officer, you patrol a part of the city that’s crime-ridden and where other low-fi citizens reside.

The title is specifically designed to take advantage of the VR platform. LOW-FI is an open-world game where you get to decide what kind of police officer you want to be. Do you want to fly around in your futuristic police cruiser handing out tickets or just ignore your job and go play games at an arcade or gamble at a casino? The game will also feature upgrades to your weapons and a companion system.

You can watch the latest trailer for LOW-FI on PSVR below:

LOW-FI from IRIS VR is set to release sometime this year and it will be interesting to see how it runs on the PS5. Sony hasn’t announced a PSVR 2 headset but says that the current-gen VR will be supported by the PS5.

LOW-FI is in development for PS5 PSVR.