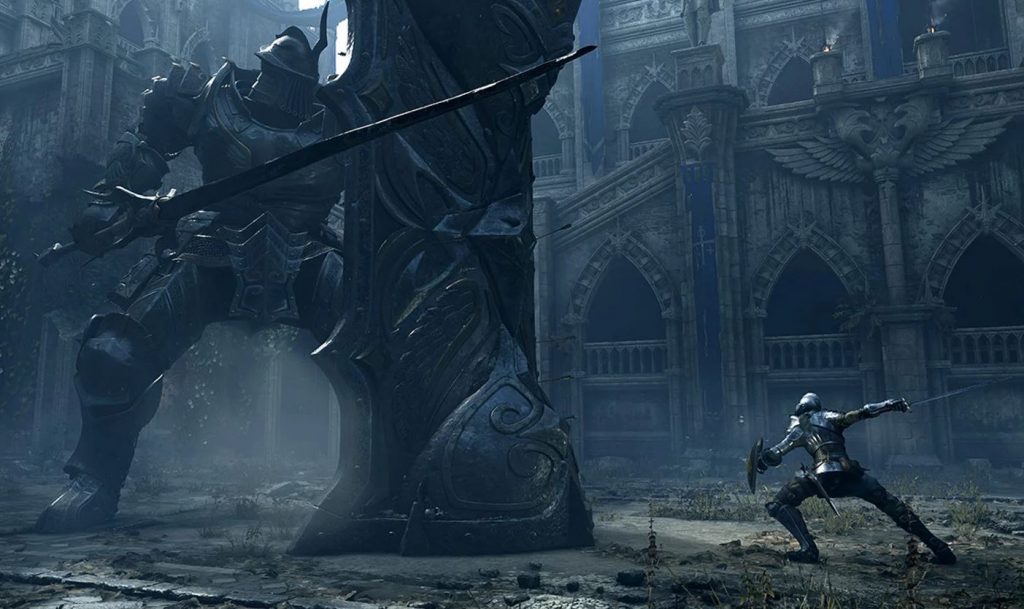 Japan Studio and Bluepoint have detailed some of the ways the Demon’s Souls Remake will be utilising the PS5’s DualSense controller, including how simple acts like pulling a lever have been turned into a sensory experience.

These new features were detailed in a blog post today, highlighting the PS5’s new DualSense focused advert. The new details were shared by the game’s Creative Director Gavin Moore and read as follows:

With the DualSense wireless controller and the power of haptics, we can make the combat [in Demon’s Souls] feel grittier, darker, and deadlier. Now you feel every blow as you strike down your enemies and cast each spell. You’ll experience the force of a titanic boss’ attack as you pull off a well-timed guard. Metal strikes metal when your foes block your attacks or you block theirs. That extra sensory feedback through the controller allows you to know your attack hit home and your perfectly-timed parry was a success, so you can react faster and more decisively.

We can also turn the simple act of pulling a lever to open a gate into a sensory experience. This is something that rumble could never do. It could never replicate the feeling of metal striking metal or fire crackling in your hand as you conjure magic. Haptics [are] integral to the experience, to immersing the player in the world and adding to the gameplay. The visual, aural, and tactile working together takes this new generation of gaming into the future.

The Demon’s Souls Remake was unveiled back at the PS5 reveal event in June after months and years of speculation. The game has just been rated in South Korea, leading many to speculate that the game is closer than we first thought.

The Demon’s Souls Remake is set to come to PS5.