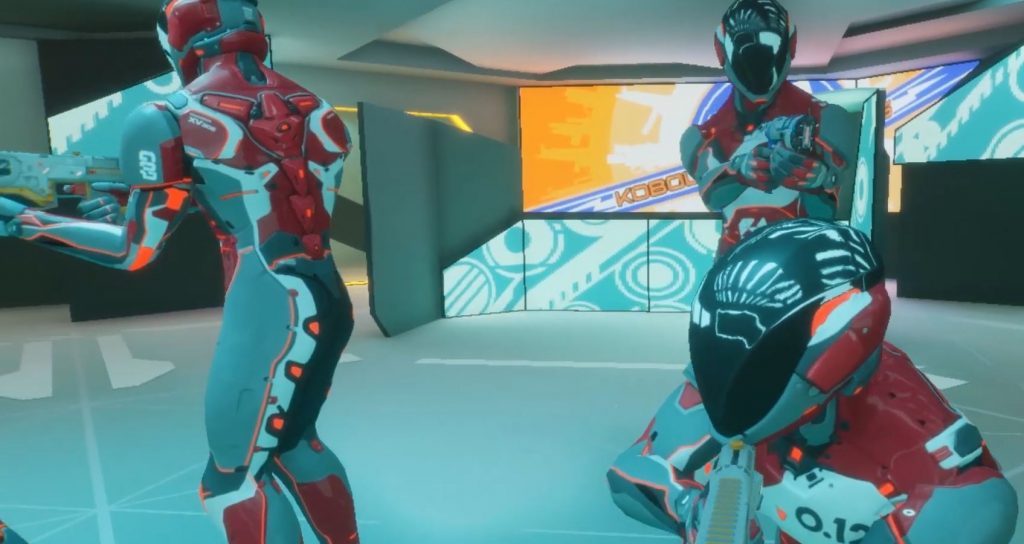 The gameplay showcases the studio’s sci-fi take on the classic multiplayer shooter, including weapons and game modes. We also get a look at the minimalistic art style of the game. It looks to be a lot faster than Firewall Zero Hour.

We are still waiting to see how customisation and the intricacies of the multiplayer games will work, but so far it is looking good. You can watch the gameplay trailer for PSVR’s Solaris Offworld Combat below:

The game’s showing today was teased yesterday and fans of First Contact Entertainment’s work have been excited to see something from the team and Solaris for a while. This was one of many announcements from the Upload VR Showcase that we will be covering.