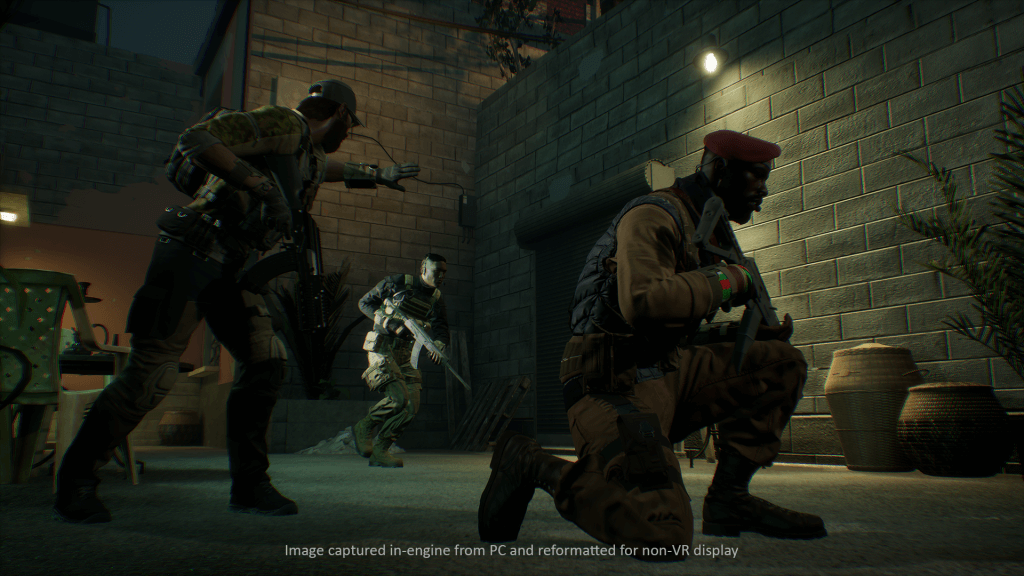 The PSVR is finally starting to shed its reputation of being just another fad in gaming and is now becoming the future. Games like Resident Evil 7 and Moss have helped propel sales of the VR headset to over three million. One genre that is undoubtedly perfect for VR is the online FPS but it’s an experience that has oddly only delivered mediocre games.

Firewall Zero Hour: A PSVR Shooter With An Emphasis On Teamwork

Sony and VR enthusiasts have promoted Firewall Zero Hour as being the greatest thing since sliced bread. As a launch PSVR adopter and huge fan of all things shooter, I was excited but skeptical that the game would live up to the hype.

Firewall Zero Hour is a tactical military shooter that puts two teams of up to four against each other in a game of attack and defend. One team must protect a laptop and secure access points to prevent the other team of attackers from hacking the important data. While there is no single player campaign, Firewall Zero Hour offers a solo training PvE mode that lets you get familiar with all the maps as well as what to expect before you enter the online battlefield. Once you are feeling more confident, its time to move on, however, if you aren’t quite ready to take on the full online experience, you can team up with other humans but play against a team of A.I.

Back when COD Modern Warfare 2 came out, I had a group of friends that would get together online to play almost every night. While we weren’t all the best players, we had the strength of teamwork. Through the years some of us aren’t the gamers we once were and I learned to be more of a lone wolf type player, but Firewall Zero Hour brings back that feeling of camaraderie, as it is easier won through teamwork.

I learned to rely on the kindness of strangers for this game as I didn’t know anyone else playing it. Surprisingly the community is a chill and enthusiastic bunch that welcomes and helps new players, so don’t be afraid to mic up and talk to your teammates.

Firewall Zero Hour: You Only Get One Shot

If you are downed, a teammate can revive you. If you are downed three times in one match it becomes permanent, if you are eliminated in the downed state, you will not respawn. A dead player can still help out their team by feeding them info via voice chat as you are given a cameras eye view of the rest of the game. Matches are fairly short and if you leave upon death, you are not awarded XP. Firewall Zero Hour isn’t the prettiest military shooter, but for what it lacks in graphical power, it makes up with the immersion of VR. I’m usually a guns blazing type of player, but peaking around a corner in this game made me want to seek cover because it’s such a cool feature that you must try for yourself to understand the feeling.

The game’s sound is also excellent. Even playing without headphones, albeit on a 7.1 surround system, I always knew where enemies were coming from because the footsteps were crystal clear. Gunshots and explosives also sound realistic.

Firewall Zero Hour can be played with a Dualshock 4, or the Aim Controller. I used a controller, and it works pretty great but you do have to hold it up high kind of like a gun which gets awkward after extended playing. I’ve been holding out buying an Aim controller, but this game is really selling it to me.

Matchmaking has a few issues like disconnects and splitting up teams, and I also experienced some minor glitches, but First Contact is aware and have already released one patch since I started playing that greatly improved matchmaking. It’s also not the most content heavy game, there’s basically one mode played out over nine maps, but Firewall Zero Hour is magical.

I initially had some tracking issues and had to reposition my camera several times before hitting that sweet spot. After much frustration, I found that positioning the camera to a lower spot than on top of my tv was the key to happiness. The game really gets under your skin, when I wasn’t playing it, I found myself thinking about it and the different tactics I would use next time. Firewall Zero Hour might not dethrone Kratos from Game of the Year, but it’s the VR shooter you have been waiting for.

Firewall Zero Hour isn’t perfect, but it’s such an exciting, well-designed VR experience that you won’t even notice it’s flaws. With a few improvements it could easily become the spiritual successor to SOCOM.