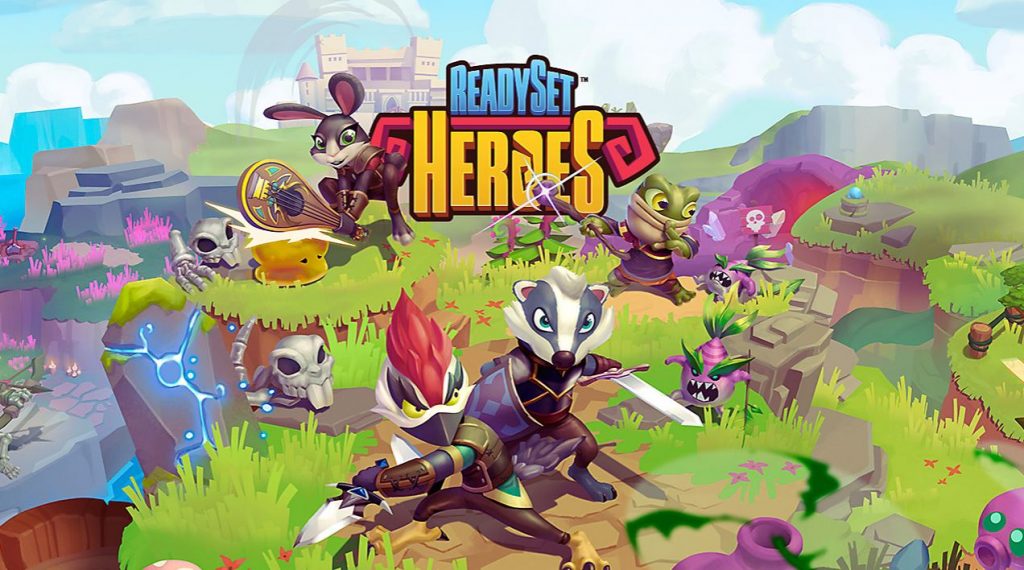 ReadySet Heroes arrives on October 1, 2019, for PS4. The PlayStation Blog detailed some of the heroes you can play as in the game. These include a courageous badger called Tuck, a brave rabbit named Dixie, a warrior lizard called Ollie, among others.

There are a lot of characters you can choose to play as you compete with your friends and make your way through dungeons slaying enemies all around. ReadySet Heroes also offers a number of unique enemies, including a slime knight and a lava turtle.

If you pre-order the game you get 10 unique avatars for your PSN account, a special in-game Crown and player skin, and the digital soundtrack to listen to.

You can watch the latest trailer for the game below, which highlights almost every aspect from the game including the combat, enemies, music, heroes and more. Take a peek at the action:

ReadySet Heroes was originally revealed at Sony’s first-ever State of Play event. It was originally given a vague 2019 release date and the game hasn’t been heard from since then. Robot Entertainment are the developers behind the title.