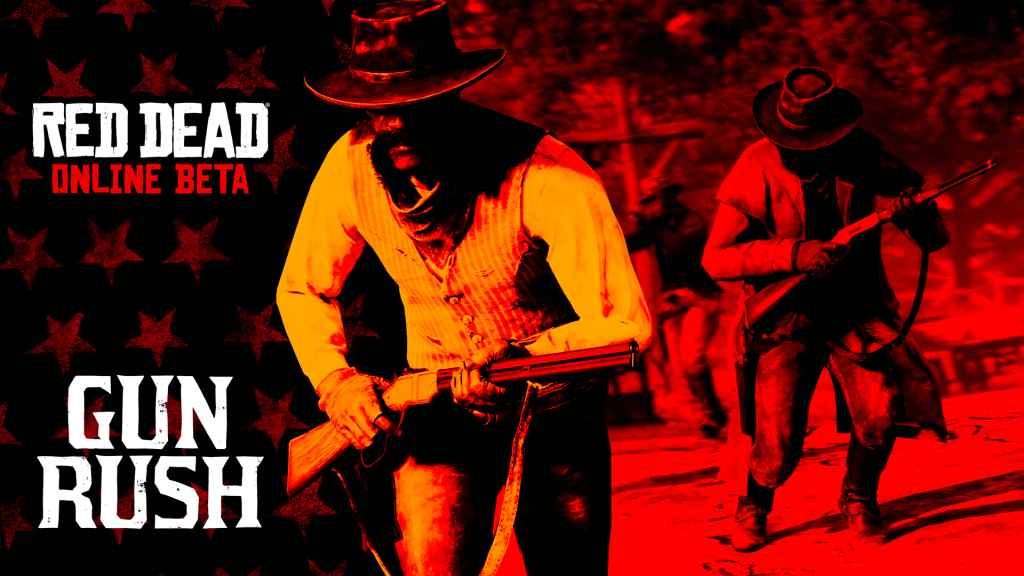 Rockstar Games has just released the latest update for Red Dead Online and, rather excitingly, it includes a brand-new game mode: Gun Rush.

Available in both Free-for-All and Team variants, Gun Rush is a 32-player competitive mode in which the one and only goal is to be the last person (or team) standing.

To complicate matters, the play area shrinks continuously as the game progress. So yeah; from the sounds of it, Gun Rush will be almost indistinguishable from various other battle royale offerings.

Gun Rush isn’t the only slice of new content we’ll see this month, however.

Over the next few weeks, Rockstar has promised to release a variety of updates. Some of which are based on player feedback (the multiplayer portion of the game is currently in the beta phase, and will be for the foreseeable future).

These updates, in Rockstar’s own words, include:

Daily Challenges: Tackle new challenges each day covering every aspect of the game, from sharpshooting to evading the law.

Law and Bounty Upgrades: Some changes are coming to the way the Law and Bounty systems work in Red Dead Online to reduce the enticements for griefing. Soon, players will get a bounty for committing crimes and will be incentivized to pay them off within an allotted time. Wait too long and bounty hunters from each of the states will track the player forcing them to either pay up or escape.

Parley Changes: We’re making the Parley system easier to trigger so that you can avoid aggressive players more quickly. In addition, it will be easier to trigger Feuds, Posse Feuds and Leader Feuds to take on attacking players in structured competition.

Proximity-Based Player Blips: Player location blips will soon appear only over short distances, reducing the range at which you are visible to others, decreasing the likelihood of being targeted by another player across large areas. Down the line, we’re also looking to introduce the ability to identify players who grief and kill indiscriminately with a progressively darkening blip that becomes more visible and at a longer range, so everyone in a session can identify potentially dangerous opponents at a glance and from a safe distance.

And that’s not all.

Throughout 2019, Rockstar plans to release plenty of other updates for Red Dead Online. Covering everything from story missions and dynamic events, to competitive mode, weapons, and cosmetic items.