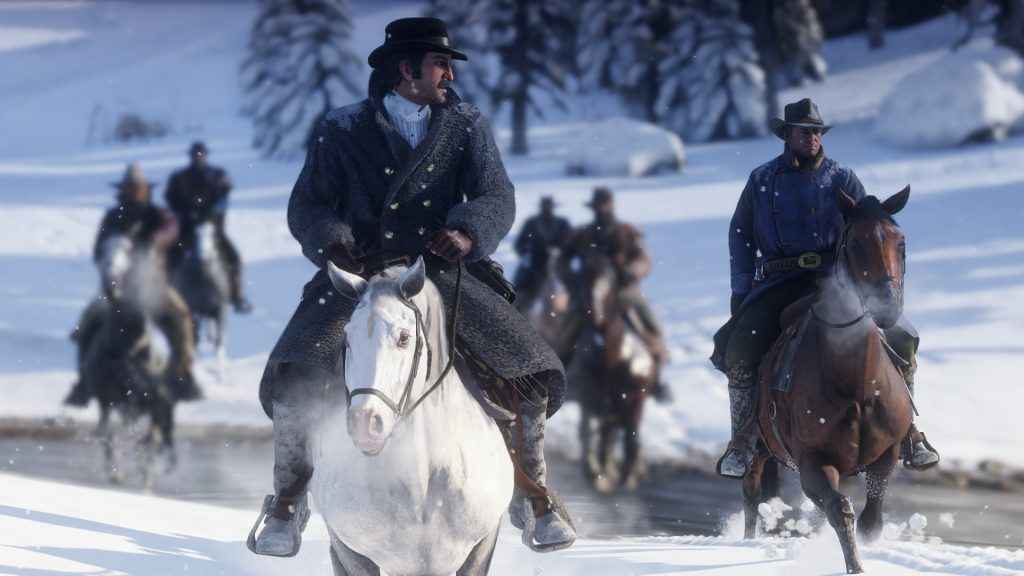 Trusted Reviews claims to have been handed a document which they've been holding onto for some time, and it details a ton of new information about Rockstar's upcoming action-adventure. They claim that some of the stuff in the document has already been revealed, thus making the rest of the information more valid. Certainly the screenshots they first received back in August last year hold up to the ones released for promotional material since then.

One of the biggest takeaways from this rather sizeable leak relates to the Red Dead Redemption 2 multiplayer modes, which apparently include modes named Revive, Survive, Money Grab, and most intriguingly, Battle Royale. Though the document doesn't explain exactly what Battle Royale will entail, GTA Online already has a mode fairly similar (albeit more simplistic) to the now insanely popular game type.

So given how on the pulse of gaming trends Rockstar can be, it’s entirely possible they seek to capitalise on the popularity of a burgeoning sub-genre. A potentially huge move within one of the biggest games of the generation.

Meanwhile, there are details of the other listed multiplayer modes in the leak.

Revive and Survive pits two teams against each other as they try and stay alive. You'll have a limited amount of time to revive your teammates before they are eliminated.

Finally, Money Grab features two teams fighting to procure bags of money in a central location. You're expected to collect and return them to your base as quickly as possible.

That's not all! The latest Red Dead Redemption 2 leak reveals a ton of exciting stuff. Here’s a list of some of the features listed.

So looks very much like an bigger (hopefully better) take on the last game. The one thing to remember is a lot can change in a year plus, and the original leak is apparently five months old at least as it is. It’s also very much the tip of the iceberg if it is correct.

Only just over six months until we find out for sure what’s in Red Dead Redemption 2 when it hits PS4 October 26.