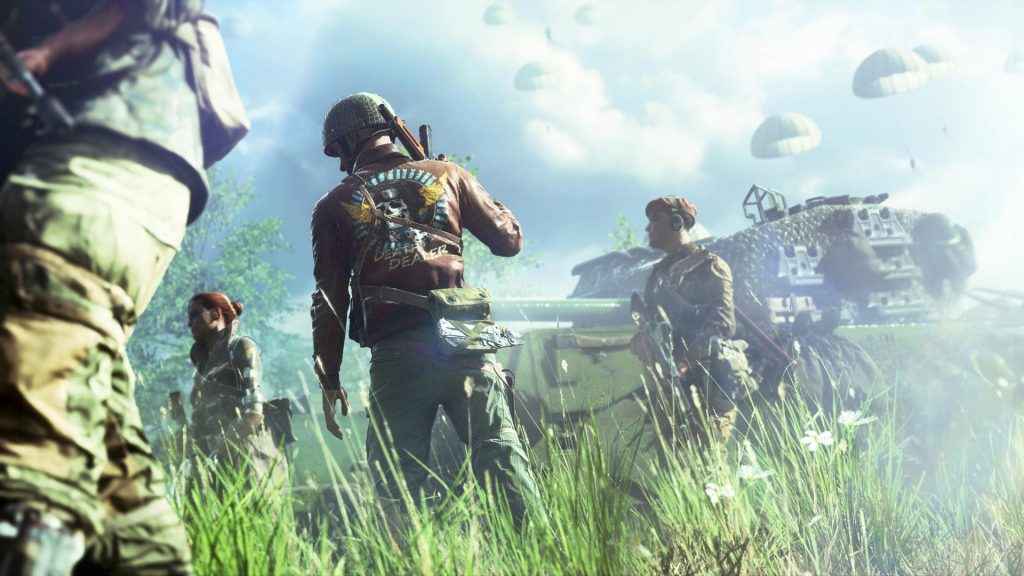 Additionally, anyone who plays Battlefield 1 over the course of the summer giveaway can earn various rewards, such as weapon skins and exclusive paratrooper gear, that can be redeemed in Battlefield V when it releases this Autumn. Turning Tides was arguably Battlefield 1’s most notable expansion, shifting the focus from traditional infantry combat to the amphibious assault of the Gallipoli peninsula; a move that fundamentally changing the ebb and flow of combat on its quartet of maps: Achi Baba, Cape Helles, Heligoland Bight, and Zeerbrugge.

Described as “a love letter to the classic maps of Battlefield 3, redesigned with the power of the Frostbite 3 game engine”, Battlefield 4’s Second Assault DLC, meanwhile, offers plenty of additional content.

The next instalment of EA DICE’s popular FPS franchise trades the harrowing trenches of World War 1 for the equally poignant, if slightly more modern, setting of World War 2. However, aside from the change of setting, Battlefield V’s most notable features are the inclusion of a battle royale mode and the lack of a season pass; meaning each and every DLC expansion will be totally free for every player. Though there will be microtransactions, naturally.