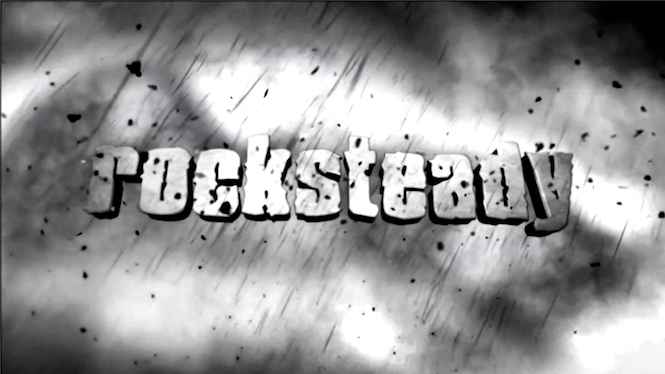 Rocksteady Studios secret new video game is still under wraps, but that hasn't stopped the speculation growing on what the big surprise may be. What could the Rocksteady new game be?

The British developer has dropped a few teasers since it was confirmed they were working on something new. First thoughts were it could be a new Batman game, due to the fact that the team have already been the brains behind three Batman games before, including Batman Arkham Knight for PS4. However, that idea was quashed when Rocksteady said that it will no longer be working on Batman games.

Now, the studio has posted a picture on Twitter showing members of their team in motion-capture suits, which has started the hype wagon and speculation rolling again.

Though we can't find any clues in the picture, what it does tell us is that it's extremely likely to be action-based game as expected.

The reaction on Twitter is top notch from fans of Rocksteady's work. While some people aren’t happy because they really want to know what the new game is, others think it's definitely either a Superman or Justice League game.

The Superman gifs and comments definitely outweigh the Justice League ones, but it's crystal clear that it’s a game featuring these superheroes that its Twitter followers want.

This guy has put two and two together and made five!

However, check this out. Rocksteady have previously said that “people will lose their minds” when they find out what the game is, so it's something BIG, maybe just as impressive as when they revealed the Batman game, or even more impressive. Something bigger, a game with multiple playable superheroes, or one of the most iconic heroes perhaps?

Rocksteady Studios is an in-house Warner Bros studio, so you can pretty much guarantee it's related to one of their IPs. Now we're speculating wildly here, but taking a look at Warner Bros biggest-grossing superhero-related movies, Wonder Woman is right up there at number three under The Dark Knight and The Dark Knight Rises. People would lose their minds over a Wonder Woman game, made by the genius hands of the Rocksteady crew; and her legacy has become even more iconic since the film. Could it be a Suicide Squad video game?

Our second guess is a Suicide Squad title. Once again, this was a huge film for Warner Bros and has a big fan base, and with Suicide Squad 2 coming up in 2019 it could tie in nicely. Warner Bros has already published a mobile title in the Suicide Squad franchise, but can you imagine stepping into the role of the world's most dangerous super villains and causing carnage in a Rocksteady-made world. It would be awesome! We Think The New Rocksteady Game Is Superman

Our third guess is a Superman game that will blow us all away; and he’s arguably one of the most popular and well-known superheroes. And, there's a few dialogue-related Easter eggs that appear to be scattered within Arkham Knight. Phrases like “You know the only thing that's missing is if that freak from Metropolis flew here” and “Hah! No way man. You think the Bat is tough to kill? You don't wanna go up against the other guy in the cape.” Sounds like a teaser to us!

What's beautiful about all of this is that Rocksteady Games are up there with Rockstar Games for keeping a secret, and despite the fact there must be tons of people who know what the Rocksteady new game is for PS4, no-one else has a clue. However, our big inkling is that we’re not far away from a big Superman reveal! Let’s wait and see.