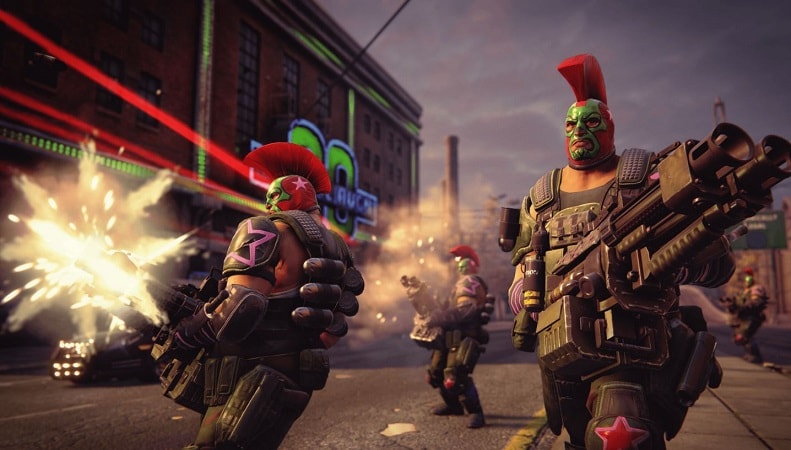 Saints Row 3 Remastered update 1.04 patch notes are out now and the day one patch improves the game’s HDR capabilities.

The Saints Row 3 Remastered 1.04 update can be downloaded right now for the game on your PS4, improving the HDR capabilities Sperasoft have implemented into this remaster.

Even if you don’t own a PS4 Pro, you will be able to notice the improved HDR capabilities providing you have an HDR monitor or TV. On top of that, the previous patches to the game before launch have fixed a number of bugs with the game, as well as improve the graphics.

All of these updates are now available for you to download onto your PS4 whether you own the game digitally or physically.

Saints Row The Third Remastered is a reworked version of Volition’s 2011 game with improved lighting and more than 4000 remodelled assets.

We loved the game in our review awarding it an 8 out of 10 and stating “It’s still the same old crude, ridiculous, and daft Saints Row The Third as it ever was, complete with many of its original mechanical shortcomings, but the remaster does a wonderful job of making it look better than ever.”

The game has also been received positively, although more mixed on Metacritic. It is currently sitting at a 73 with 10 positive reviews.

Saints Row 3 Remastered does feature multiplayer but there are some catches as to how and when you are able to use it. We have a full breakdown on the multiplayer in the game here.

The game was unveiled back in April and will be a great way to re-enter the franchise before Volition releases a new Saints Row title in the next few years after the disappointing sales of Agents of Mayhem back in 2017.