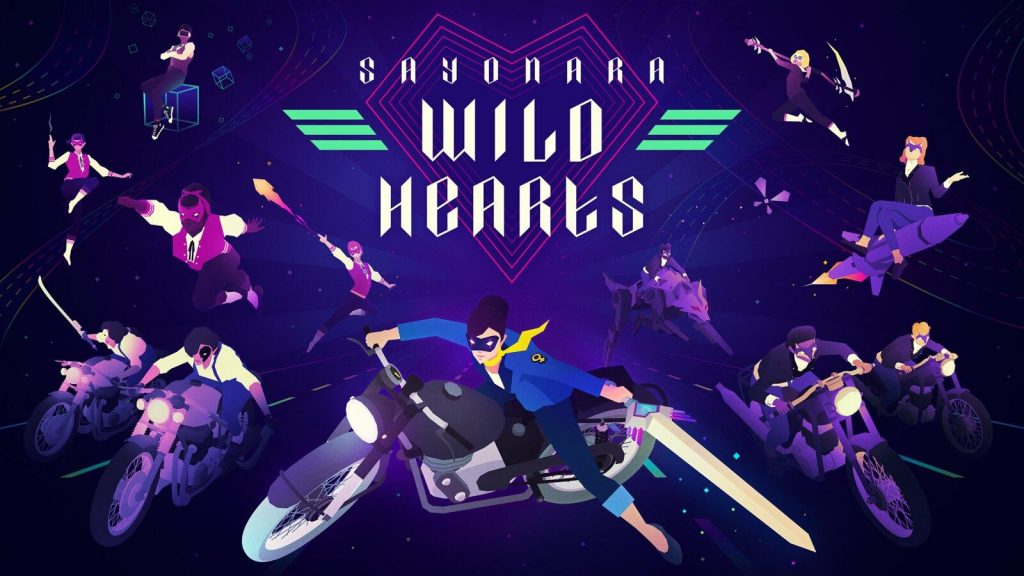 Sayonara Wild Hearts launches on September 19, 2019. The game was originally unveiled at The Game Awards last year as a Nintendo Switch title but has now been confirmed for PS4, after a rating leak yesterday.

Sayonara Wild Hearts is a euphoric ‘music video dream about being awesome, riding motorcycles, skateboarding, dance battling, shooting lasers, wielding swords, and breaking hearts at 200mph.’ The game puts you in the shoes of The Fool, who is on an interdimensional quest to find and break the hearts of rival bikers.

On top of the stunning art style, the game offers a custom-written pop soundtrack and stylish characters. To put it simply, it is a Pop Album Video Game.

Sayonara Wild Hearts has been on my radar ever since its announcement at The Game Awards last year. It is a game with a great sense of a style and a killer soundtrack. Over on the PlayStation Blog, Simogo went into some of the development details behind the game. You can read an excerpt below or see the full thing on the PlayStation Blog.

When we started, we only had a doodle in the corner of a notebook of lady wearing a mask.

We thought that we would be making some dark surreal thing about tarots, masks, travelling on a motorcycle through dreamscapes and endless darkness, to some fusion of surf rock and taiko drums.

We asked our friend Carl if he wanted to create and animate some cool biker ladies and soon we made a prototype, which was cool and all.