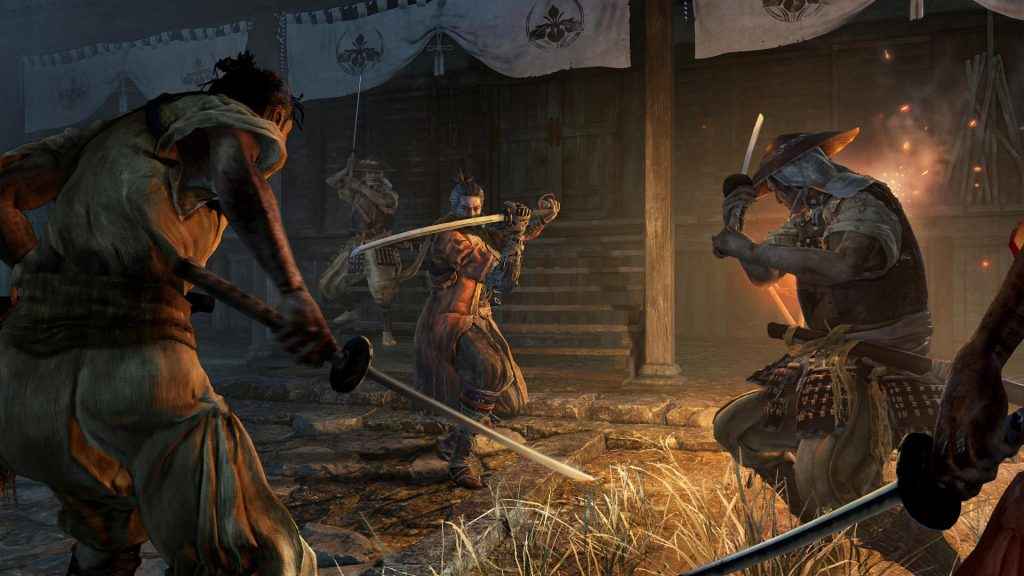 A new Sekiro Shadows Die Twice trailer has been revealed ahead of the Tokyo Game Show 2018. Showcasing more sword-slashing combat and some blood-curdling finishers, this new footage is in Japanese but gives us a great taste of what’s to come.

New footage of Sekiro has been coming thick and fast, including some hard-hitting Sekiro Shadows Die Twice gameplay from GamesCom 2018 last month.

Clocking it at around 10-minutes long, the video below shines a light on a variety of mechanics, including the signature shinobi prosthetic, stealth, and combat in general.

One of the biggest takeaways so far is the importance of stealth during exploration. This isn’t all about diving right in!

Whether leaping on an unsuspecting enemy from the roof of a 16th century Japanese temple, plucking them from a precipitous ledge, or simply sneaking behind them and driving your sword into their exposed backs, dispatching enemies quietly in a single, fluid motion appears crucial to success in Sekrio. Particularly if these faceless grunts form the retinue of an upcoming boss or sub-boss.

Speaking of which, fighting larger foes would appear to require the same kind of hit and run tactics and positional awareness popularised in Bloodborne. However, according to a hint displayed during the brief loading screen seen in the video below, it’s often a good idea to weaken these behemoths in other ways before engaging in sword combat. Perhaps by using the White Spirit Emblem consumables used throughout the demo.

Likewise, posture has a crucial part to play in combat.

No matter the size of the enemy, breaking their posture opens them up to devastating visceral attacks that, like the Soulsborne equivalent, takes a significant chunk out of their HP gauge.

While conversely, keeping your own posture levels below the decisive threshold – using evasion rather than parrying, which only protects the player’s HP unless timed perfectly – is important in preventing these same tactics from being turned against you.

We got another decent look at the Shinobi prosthetic during today’s video, too. Particularly the grapple hook.

Used primarily in traversal, the grapple hook adds an element of verticality to the game that facilitates additional stealth opportunities and makes exploring the world of Sekiro that much easier. That being said, it’s pretty handy in combat too. Allowing the player to close the distance between them and their target in a flash, and thus providing room for another swift attack. The axe and flamethrower-style weapon, meanwhile, seen briefly in previous demonstrations, are clearly extremely useful when it comes to breaking through enemy shields or a frustratingly solid defence.

More importantly, switching between the different tools contained within the Shinobi prosthetic looks straightforward and intuitive.

Finally, we saw the revival and checkpointing systems in action.

We already know the former could be used strategically, essentially allowing the Shinobi to play possum for a few moments so as to catch enemies off guard. Or to restart a difficult fight immediately, sparing players the potentially frustrating journey from the nearest checkpoint to their current target.

However, we now know reviving the Shinobi will cost some kind of resource (located in the bottom left of the HUD) and will restore roughly half of his total HP when used.

Checkpoints, meanwhile, come in the form of Sculptor’s Idols and function in the same way as bonfires/lanterns in the Soulsborne games. You can’t fix what isn’t broken, I guess.

Sekiro Shadows Die Twice releases on the 22nd March 2019, and will be available on PS4, Xbox One, and PC.