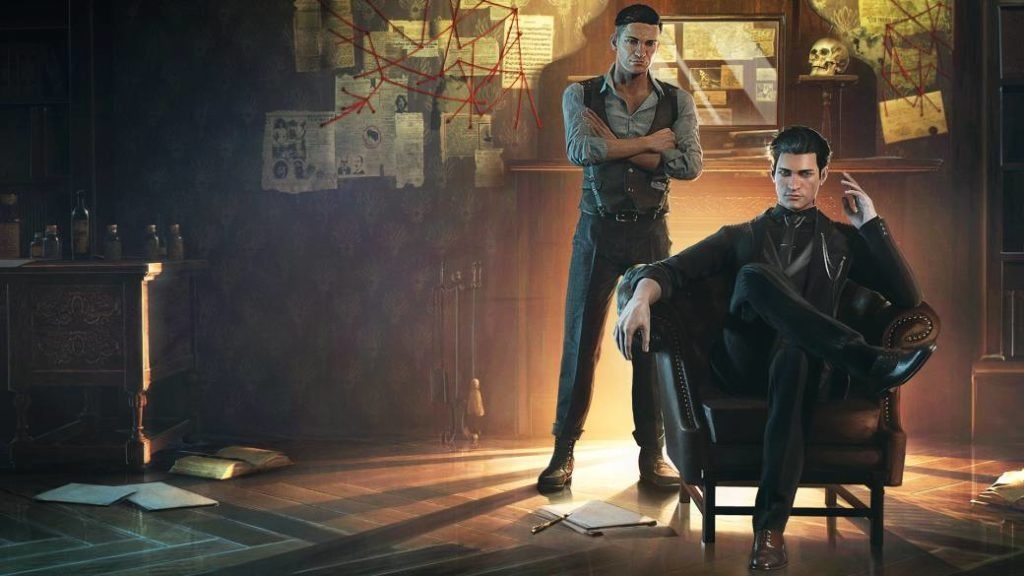 Sherlock Holmes: Chapter One has been announced for PS5 and PS4 from developer Frogwares, who has developed a number of games in the Sherlock Holmes franchise.

The new title explores Sherlock’s Origin story as he is on the precipice of adulthood. The game features a global investigation as you explore an entire city in pursuit of truth, clues, and evidence. Set on a vibrant island in the Mediterranean, political corruption and crime run rampant whilst the islanders cling to their traditions.

The game appears to place just as much of the focus on John Watson as it does Sherlock as you focus on the story and mystery at the heart of Frogwares’ revitalisation of the Sherlock Holmes franchise.

Frogwares announced that the game will come to PS5 and PS4 next year adding another title to the PS5’s library.

You can watch the reveal trailer for Sherlock Holmes: Chapter One at the bottom of this article in addition to the press release seen below:

Sherlock Holmes: Chapter One Announced For Release In 2021

Reimagining An Icon: Story and Setting

“This time around we wanted to be more creative with the story we told and found an idea that hasn’t really been touched on by other adaptations – Sherlock’s “first big case” as a young 21 year old adult. He is Sherlock at his core, but at this point he’s more raw talent than refined genius. Reckless and impatient and a tad brazen, but unknowingly already on the path to greatness.” says Antonina Melnykova, Lead Narrative Designer

“Same with the location. We wanted to try something different to the all too familiar murky Victorian era London. While still set in the 19th century, we’re now exploring an isolated, sun-scorched Mediterranean inspired island where class divides and corruption are the foundations of this society. This is where our Sherlock spent his childhood. And now as a young adult, he is forced to return here and uncover the hazy truth behind the death of his mother – a loss that shattered his childhood many years ago and forced his move to London. And like always, Sherlock is not alone in his adventures. Before he befriended John Watson, Sherlock had a different best friend, Jonathan, and their relationship will be the central part of our game.”

“While we’re getting more creative with the backstory of Sherlock, fans of the series and character can rest assured we’re sticking close to the source material to keep it cohesive. Most people have a firm view of who Sherlock is. Our story isn’t about changing that, but rather exploring how he could have come to be this way, exploring ideas right down to how he acquired his penchant for the violin, his distinct hat and even his addiction to drugs.”

A New Take on Investigation and Combat

On top of a fresh story and setting, the game is built around what the team are calling their “Global Investigation System”. Heavily updated from the approach taken in The Sinking City of “no hand holding” gameplay, this new system is intended to go even further and give players much more freedom in solving cases in a way that feels like genuine detective work.

“The Global Investigation system is mainly about having players rely more on their intuition and case solving skills. Clues in Chapter One are acquired and analysed through a massive array of skills, tricks, tools and methods at Sherlock’s disposal. Since there are so many combinations, players will need to really think things through like a detective since brute forcing clues together until the game reacts isn’t going to be very effective.” says Yaroslav Martyniuk, Lead Feature Designer

“We looked closely at the fan and press feedback we got from The Sinking City and previous Sherlock games. This feedback defines the features in Chapter One: investigation, story, combat, exploration etc. For example, the combat system in Chapter One has been built completely from scratch, and many other mechanics are undergoing changes / improvements to make the game pace better overall.”

Sherlock Holmes Chapter One will be a complete game, developed and self-published entirely by Frogwares in Unreal Engine 4. The game is currently set to release sometime in 2021 and will be available on PC, PS4, Xbox One and next-gen consoles.

The PS5 is rumored to be announced officially in the coming weeks with an event in June. We already have a wide selection of confirmed PS5 games that you can see here. You can see also see everything we know about PS5 here in our FAQ.

Sherlock Holmes: Chapter One will release for PS5 and PS4 in 2021.