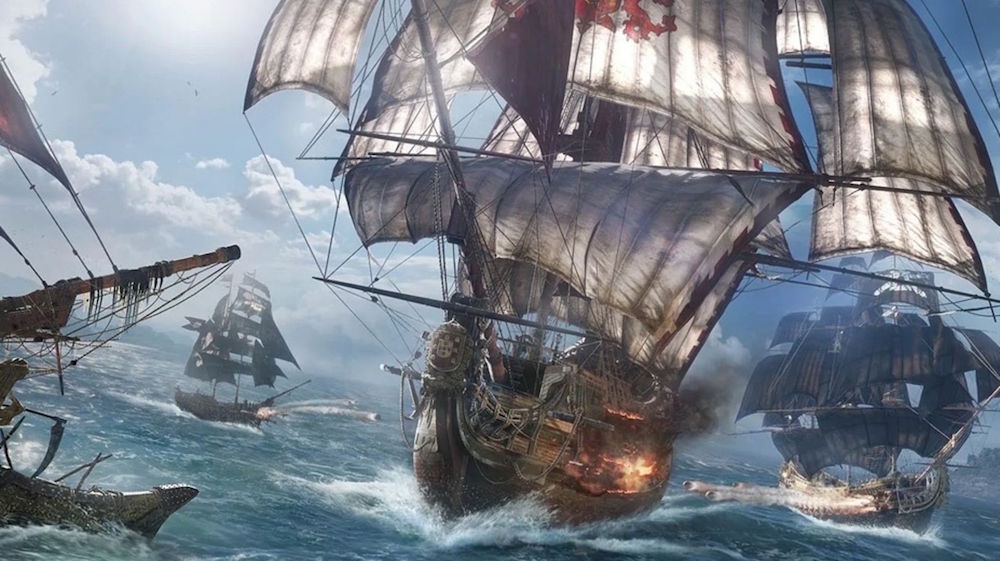 Interestingly, sources speaking to the site have revealed that Skull & Bones originally started out as a multiplayer expansion for Assassin’s Creed IV: Black Flag, which makes a lot of sense considering the standard online portion of that game did not feature ship combat.

However, the project later evolved into a separate game in its own right, and suffered numerous delays over the years. Reportedly, Skull & Bones has cost Ubisoft over $120 million already, with the number increasing as the company brings over teams from its wealth of studios to help prevent any further delays.

Ubisoft provided Kotaku with the following statement, confirming Skull & Bones has just passed Alpha with more info coming ‘when the time is right.’

The Skull & Bones team are proud of the work they’ve accomplished on the project since their last update with production just passing Alpha, and are excited to share more details when the time is right.

That being said, any unfounded speculation about the game or decisions being made only works to demoralize the team who are working very hard to develop an ambitious new franchise that lives up to the expectations of our players.

Skull & Bones has yet to attract a solid release date, but Ubisoft confirmed earlier this year that it will launch between April 2022 and March 2023. The game is presumably coming to PS5, PS4, PC, Xbox Series X/S, and Xbox One.