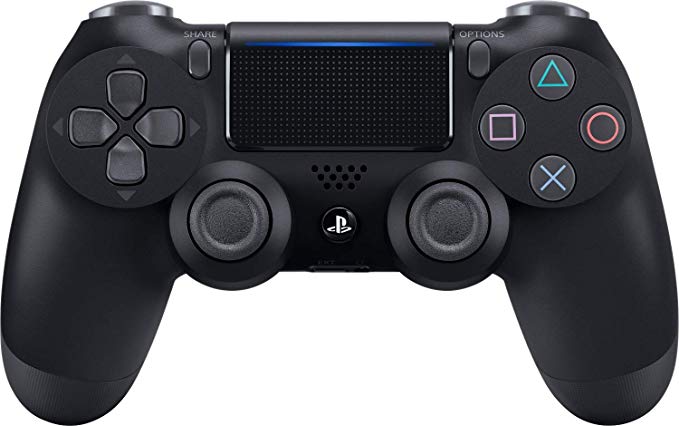 In addition to confirming the PS5 release date, hardware ray-tracing and the fact that the PS5 will have a 4K Blu-ray drive, Sony’s interview with tech site Wired has also brought to light a lot of information regarding the next PlayStation controller too.

Though not titled ‘DualShock 5’ yet, the controller will likely be called that, but yet, it’s the new features which intrigue more, such, as adaptive triggers that can provide different levels of feedback, USB-C connection, an improved speaker and haptic feedback.

You can can see the full quote below:

“The controller (which history suggests will one day be called the DualShock 5, though Cerny just says “it doesn’t have a name yet”) does have some features Cerny’s more interested in acknowledging. One is “adaptive triggers” that can offer varying levels of resistance to make shooting a bow and arrow feel like the real thing—the tension increasing as you pull the arrow back—or make a machine gun feel far different from a shotgun. It also boasts haptic feedback far more capable than the rumble motor console gamers are used to, with highly programmable voice-coil actuators located in the left and right grips of the controller.

Combined with an improved speaker on the controller, the haptics can enable some astonishing effects. First, I play through a series of short demos, courtesy of the same Japan Studio team that designed PlayStation VR’s Astro Bot Rescue Mission. In the most impressive, I ran a character through a platform level featuring a number of different surfaces, all of which gave distinct—and surprisingly immersive—tactile experiences. Sand felt slow and sloggy; mud felt slow and soggy. On ice, a high-frequency response made the thumbsticks really feel like my character was gliding. Jumping into a pool, I got a sense of the resistance of the water; on a wooden bridge, a bouncy sensation.”

In addition to the above, a demo was shown to Wired writer Peter Rubin showcasing the haptic capabilities of the new controller:

“Driving on the border between the track and the dirt, I could feel both surfaces. Doing the same thing on the same track using a DualShock 4 on a PS4, that sensation disappeared entirely. It wasn’t that the old style rumble feedback paled in comparison, it was that there was no feedback at all. User tests found that rumble feedback was too tiring to use continuously, so the released version of GT Sport simply didn’t use it.

That difference has been a long time coming. Product manager Toshi Aoki says the controller team has been working on haptic feedback since the DualShock 4 was in development. They even could have included it in PS4 Pro, the mid-cycle refresh—though doing so would have created a “split experience” for gamers, so the feature suite was held for the next generation. There are some other small improvements over the DualShock 4. The next-gen controller uses a USB Type-C connector for charging (and you can play through the cable as well). Its larger-capacity battery and haptics motors make the new controller a bit heavier than the DualShock 4, but Aoki says it will still come in a bit lighter than the current Xbox controller “with batteries in it.”

Furthermore, the Official PlayStation Blog published this article from head honcho Jim Ryan on the possibilities that this new controller will offer gamers:

“To that end, there are two key innovations with the PlayStation 5’s new controller. First, we’re adopting haptic feedback to replace the “rumble” technology found in controllers since the 5th generation of consoles. With haptics, you truly feel a broader range of feedback, so crashing into a wall in a race car feels much different than making a tackle on the football field. You can even get a sense for a variety of textures when running through fields of grass or plodding through mud.

The second innovation is something we call adaptive triggers, which have been incorporated into the trigger buttons (L2/R2). Developers can program the resistance of the triggers so that you feel the tactile sensation of drawing a bow and arrow or accelerating an off-road vehicle through rocky terrain. In combination with the haptics, this can produce a powerful experience that better simulates various actions. Game creators have started to receive early versions of the new controller, and we can’t wait to see where their imagination goes with these new features at their disposal.”