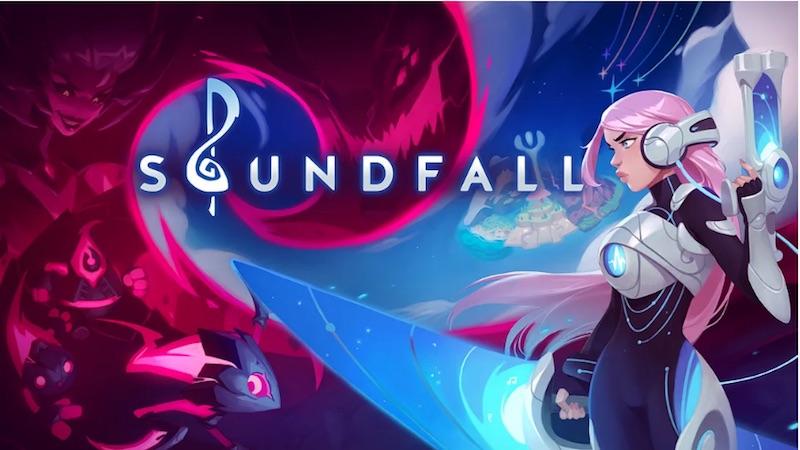 Drastic Games has announced that rhythm-based twin-stick shooter Soundfall is hitting PS4 and PS5 in Spring 2022.

Soundfall features a familiar control setup and is recognisable as a top-down hack-‘n-slash title, but there’s a big difference: if you perform actions on the beat, you’ll become much more powerful. Fail to do so, and you’ll lose your power.

Soundfall’s heroes-Melody, Jaxon, Lydia, Brite and Ky-are musical geniuses from Earth, transported to Symphonia, the World of Music, via the mysterious Soundfall. Each character has their own special attack and ultimate ability tied to their personal Instrument of Harmony-ancient musical weapons capable of beating back the forces of Discord.

That won’t be an easy task, even for the five of them. The forces of Discord are led by Banshee, Discord’s most cunning lieutenant, and she brings with her a terrifying assortment of Discordians, evil creatures bent on wrecking music wherever they find it. Players will have to defeat the Discordians in each world before music can be saved.