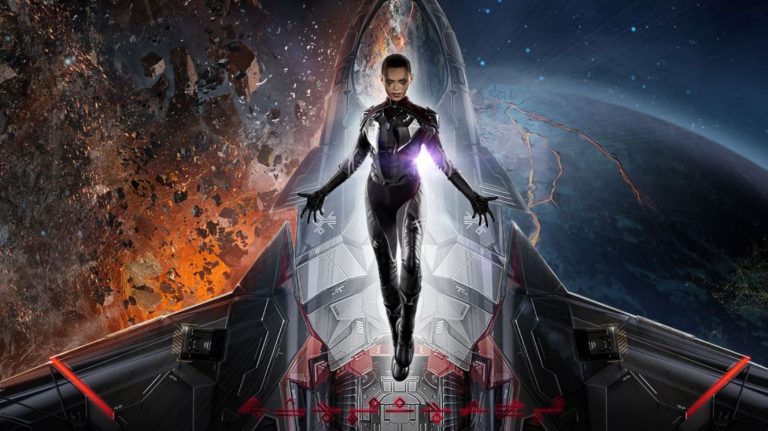 Those of you who preorder the game will receive the Elder Armor skin, described by Deep Silver as follows:

Resplendent in gold and purple livery, reserved only for the most exalted members of the Circle, the Elder Armor harks back to [protagonist] Nara’s military past. This cosmetic pack can be applied to Forsaken as well as all three of the starting weapons; the Gatling Gun, Missile Launcher and Laser Cannon.

Chorus sees players controlling dual protagonists Nara and Forsaken, a sentient AI companion and star fighter, as they embark on a personal story of redemption. Featuring an epic single-player campaign, Chorus will offer fast-paced action that sees you fighting reunite resistance forces against the Circle’s notorious leader, the Great Prophet.

Chorus will arrive on December 3 for PS5, PS4, PC, Xbox Series X/S, and Xbox One.