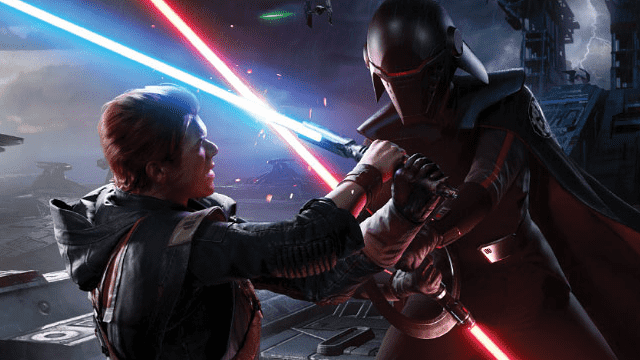 Details on the Star Wars Jedi: Fallen Order cast have trickled in following the game’s live demo at the EA Play event this afternoon, where developer Respawn showcased a whopping 15 minutes of the upcoming sci-fi action-adventure game in action. If you haven’t check it out already, then be sure to have a gander at the Star Wars Jedi: Fallen Order gameplay here, and check out our full E3 2019 news coverage while you’re at it.

Star Wars Jedi: Fallen Order will star Cameron Monaghan as Jedi-on-the-run, Cal Kestis, providing not only his voice for the character, but also his likeness, too. In addition, Forest Whitaker, who appeared in Rogue One: A Star Wars Story, will be reprising his role as Clone Wars veteran, Saw Gerrera. He appeared in the gameplay footage aiding Cal in an assault.

That’s about all we know so far, but stay tuned for more details as we get them, as we’ll be updating this article.

Star Wars Jedi: Fallen Order is scheduled to ship for PS4, PC, and Xbox One on November 15. The game takes place following the events of Star Wars Episode III: Revenge of the Sith, after the Jedi Order was all but exterminated following Order 66. Cal is on the run from the Galactic Empire, and finds himself tangling with Storm Troopers and other foes while exploring a wide range of exotic locations across the galaxy.

Respawn has confirmed that Star Was Jedi: Fallen Order will be an authentic single-player adventure, with players able to wield a variety familiar Jedi powers in combat, as well as engaging adrenaline-pumping light saber battles.

From the look of things, the game looks like what you’d get if Uncharted and Dark Souls had a baby. And that’s just awesome.