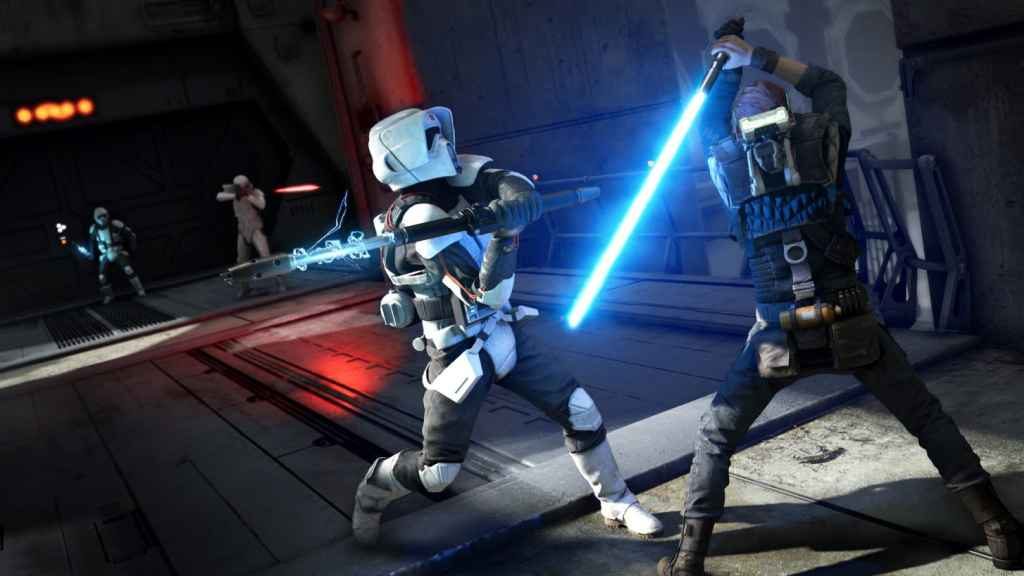 One of the highlights of EA Play 2019 was undoubtedly the Star Wars Jedi: Fallen Order gameplay reveal.

As tricky as it is to create anything new in the Star Wars universe without alienating/exasperating at least one section of the notoriously vocal fan base, developer Respawn Entertainment seem to be on to a winner with Fallen Order: assuming the fifteen or so minutes of alpha game footage broadcast at this year’s event is representative of the final game, of course.

Not only does it look the part, with environments reminiscent of the original films and sound design that immediately transports those of us who grew up with the space opera back to our youth, it’s supported by mechanics that, though familiar in their obvious similarities to Dark Souls, are perfectly suited to this particular Star Wars story.

Finding a Balance Between Wish Fulfilment and Engaging Gameplay

First and foremost, Fallen Order doesn’t opt for mindless hack and slash mechanics, which could so easily have happened if the developer’s sole focus was making an entertaining game that let players live out their fantasy as an all-powerful Jedi. Nor does it go the other way in its attempts to channel its inner Bloodborne.

It doesn’t barrage players with the kind of relentless challenge that, wonderful as they are, renders From Software games slightly hostile to the average player. That is, people who don’t have the innate skill to breeze through these otherwise punishing games or enough free time to memorise the attack patterns of every single enemy they’re likely to encounter over the course of their adventure.

What we have instead is a slick, versatile, engaging, and well-balanced combat experience that offers players the best of both worlds. Which, given the nature of Fallen Order’s protagonist, is rather apposite.

Those who’ve followed the game closely since its unveiling at E3 2018 will remember that Cal Kestis, the aforementioned protagonist, is only a Padawan at the beginning of Fallen Order. Not a grizzled veteran like Obi-Wan Kenobi or a young prodigy in the mould of prequel trilogy Anakin Skywalker.

He’s still learning the full extent of his powers and how to control them. Consequently, he isn’t able to slaughter legions of Storm Troopers with a flick of his lightsabre or manipulate high-level empire officials into giving him the plans to a planet-obliterating weapon.

That’s not to say he isn’t a capable fighter. As demonstrated in the gameplay reveal, he has plenty of (presumably unlockable) abilities at his disposal – some from Star Wars canon, such as Force Push, others, like the ability to hear the final moments of a recently deceased trooper, that are wholly unique – and a typically helpful droid (BD-1) by his side. Thus empowering players without eliminating either the challenge or the threat posed by the game’s deadlier foes.

Popular as From Software and its impeccable library of games have become over the last decade, exemplified by the quantity of both good and not so good imitators over that same period, its unique brand of combat is still relatively novel within the wider medium.

So, by taking some of the best features of these systems and incorporating them into a more welcoming action/RPG experience, we have every hope that Respawn will be able to set Fallen Order apart from the pack and avoid any negative or cynical comparisons with the IPs that may have influenced it.

Star Wars Jedi: Fallen Order releases on the 15th November 2019 on PS4, Xbox One, and PC. In the meantime, make sure you check out our E3 2019 news and announcements hub for up to the minute info on this year’s show.