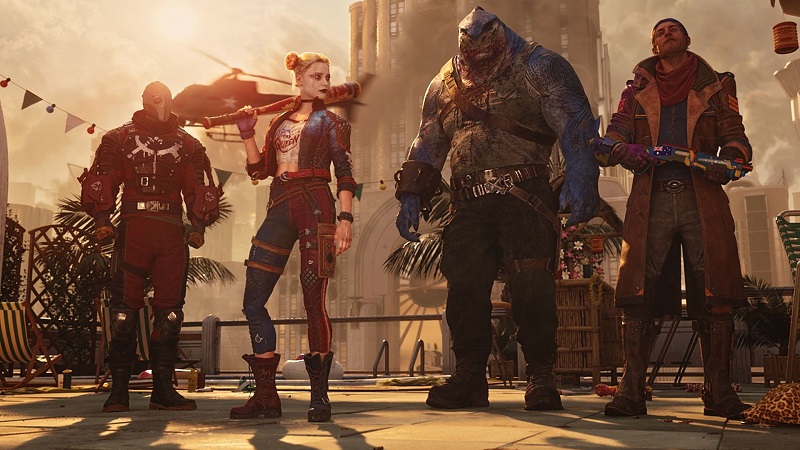 The Game Awards 2021 continue to shape up to what will no doubt be the biggest one yet. Suicide Squad: Kill The Justice League developer Rocksteady will be showcasing gameplay for the first time ever, during Thursday’s show.

The news was confirmed on Twitter by Rocksteady’s own creative director and co-founder, Sefton Hill. Interestingly, his tweet includes a short gif that gives us a bit of a sneak peek at what we can expect tomorrow.

Me and the @RocksteadyGames squad are getting ready to dive into the #TheGameAwards. Can't wait to share the mayhem with you all! Good luck @GeoffKeighley! pic.twitter.com/ZTJOhUqbZ8

We’ve not learned very much about Suicide Squad: Kill The Justice League up until now, so it’ll be nice to see something more concrete. It also bodes well that Rocksteady is being upfront about the gameplay being there tomorrow.

Hopefully, that’s an indication we’ll be getting a good chunk of gameplay to view, and maybe even some more release information. Like a specific date, perhaps?

Since Geoff Keighley compared “four or five” of the announcements at this years show to Elden Ring, all bets are off. Anything seems on the table, so why not hope to get a release date for Suicide Squad. It could happen.