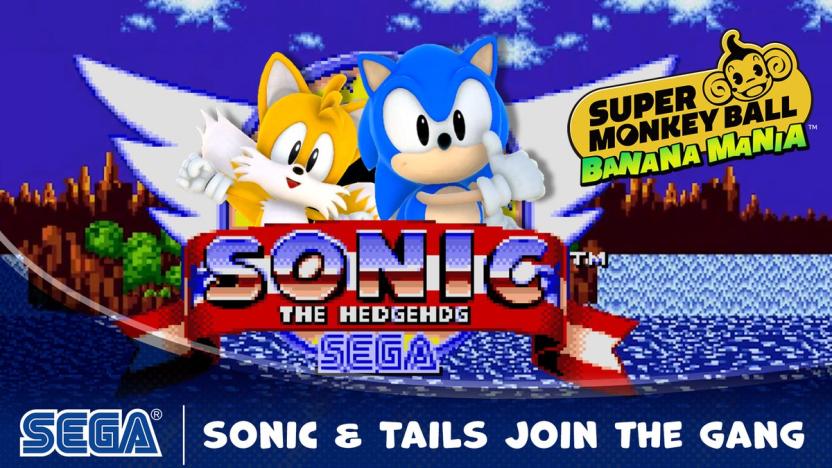 It’s official: SEGA mascots Sonic and Tails are joining Super Monkey Ball Banana Mania as playable characters. What’s more, the duo will be unlockable at launch and will be completely free, so there’s no need to fork out extra cash for them.

Sonic and Tails will be joining another classic SEGA character, Beat, who arrives from the cult Dreamcast series Jet Set Radio.

Super Monkey Ball Banana Mania is pencilled in for an October 5, 2021 release on PS5, PS4, PC, Nintendo Switch, Xbox Series X/S, and Xbox One. The game packages remastered stages from Super Monkey Ball and Super Monkey Ball 2, giving you 100 of stages and content to enjoy with a shiny high-definition makeover.

SEGA is also celebrating the 20th anniversary of the Super Monkey Ball franchise this year, with the first game originally debuting in arcades back in 2001 and later arriving on the Nintendo GameCube as part of its launch lineup.