Beat-’em-up aficionados and EVO participants alike were shocked this weekend when Katsuhiro Harada, producer on the venerable Tekken franchise, lifted the wraps off the seventh entry in the butt-kicking series — much to the Internet’s rejoice. In actual fact, a cheeky bugger managed to leak the logo for the game at EVO, forcing Harada-san’s hand; he later admitted he wasn’t actually planning on announcing Tekken 7 until later in the year. Still, it’s a welcome reveal nonetheless.

Tekken has remained synonymous with PlayStation since its inception in 1994 – in fact, the Tekken 7 logo clearly depicts the series’ 20th anniversary seal in the bottom left-hand corner – and stands shoulder-to-shoulder with the best of its contemporaries. Its bone-crunching gameplay and eclectic character roster ensured there’s something for everyone to enjoy, and while the storyline has gotten more convoluted than an episode of Lost, its various idiosyncrasies have endeared it to the fighting game community. I mean, come off it; how many games can you play as a boxing Kangaroo, a hulking robot, or an 80-something-year-old who fights and moves like he’s a spring chicken? Only in Tekken, folks. 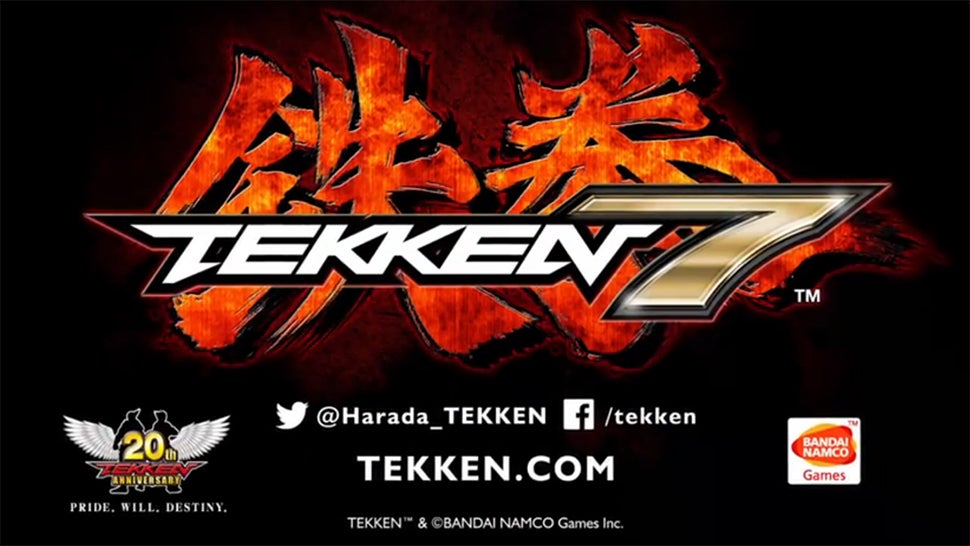 Still, the series has tripped up a few times as of late, and with Tekken 7 promising to take the franchise into the next-generation, here’s five things we feel Bandai Namco needs to ensure they include in the game to deliver a knockout blow to the competition.

Introduced in Tekken 6, the bound system essentially allows you to smack your victim into the ground and ‘bounce’ them during an aerial combo, giving you a chance to further drain their health with additional juggles. Namco later implemented it in Tekken Tag 2, where in my humble opinion, the mechanic really outstayed its welcome. The problem is, it is ridiculously easy to abuse the bound, and thus matches have you spending what seems like 75 percent of the time being battered in mid-air, where you are utterly helpless to defend yourself. Tekken Tag 2 is the worst culprit, as you can combine them with the tag system, resulting in you losing an exorbitant amount of health from a single combo. Factor walls into the equation, and you’ll be eating dirt in no time. Tekken was never a series that relied so heavily on damage-dealing juggles, but so-called online ‘pros’ are more than happy to exploit this mechanic without so much as dipping into their expansive repertoire of moves. From my experience, online matches are a case of Launch-juggle-repeat. It’s exceedingly dull, and completely tramples over everything that defined Tekken during its first decade on the market. For beginners, this system is a nightmare, and so it is hardly a surprise Namco eschewed it from the excellent Tekken Revolution, a far more balanced game that recalls classic Tekken in the sense that you’ll need meticulous timing and vast knowledge of your character’s moves to win a punch-up. Whatever Bandai Namco decides with Tekken 7, I sincerely hope that bound isn’t part of the equation.

Tekken 6 is noted for boasting the most extensive character line-up in the series’ history, not counting Tag 2, which isn’t considered canon. From old-timers like Wang to the fresh-faced Lars Alexanderson, T6 boasted a diverse cast of combatants that was in serious danger of collapsing under its swelling weight. That, and the story continued its inexorable descent into a nonsensical mess of betrayal, warped experiments, ancient gods, and dancing panda bears. For Tekken 7, it’s about time Bandai Namco decided to trim the cast and bring the story back down to earth. Staples like Kazuya, Paul, Yoshimitsu, Law, and Nina are part of Tekken’s DNA, and there’s some great new additions like Lars and Asuka, but do we really need the rest? Tekken Tag 2 offers just about every single character ever conceived in the series universe, so we’re sure that a good 10 characters or so could be trimmed from the cast this time around. Tekken 3 and 4 found a suitable balance between old and new, so we think Bandai Namco should rethink its strategy in this respect.

Tekken isn’t just renowned for its core fighting experience. On home consoles at least, Bandai Namco has complemented the spine-shattering fisticuffs with a series of mini-games, such as Tekken Ball, The Devil Within, and of course, the stonkingly good Tekken Force. However, these side dishes have been unceremoniously dumped in recent games, with only the Scenario Campaign from Tekken 6 coming close to matching Tekken 3’s side-scrolling scrapper — and it wasn’t much cop, to be honest. As such, Tekken 7 needs to incorporate a new Tekken Force game, or at the very least give us a few cheeky games of Tekken’s unique take on the game of beach volleyball. Imagine a PS4-powered 2D brawler ala Streets of Rage with only the cast of Tekken battering opposition on-screen and gobbling up chicken breasts to restore health? And let’s not forget the obvious addition of two-player co-op.

Heihachi Mishima is the granddaddy of the Tekken franchise, but the old coot has long outstayed his welcome. While fan-favorite characters such as Jun Kazama have been neglected to the non-canon playground of Tekken Tag Tournament and its sequel, Mishima has stuck around for the longhaul, surviving all manner of ridiculous attempts on his life. In fact, at last count, the grizzly bear-loving brawler has been chucked off a cliff, thrown through a brick wall, pummelled countless times by his adversaries (including grandson Jin Kazama), and more recently, was on the receiving end of half-a-dozen self-detonating Jack robots and blown miles away into a smouldering grave. He survived, of course, and even went on to catch a bullet in his teeth just to demonstrate to his estranged love child, Lars, just how badass he is. Don’t get me wrong, I’m a massive fan of Heihachi, and his popularity cannot be understated; however, I feel the time is right to retire him after all this time and bring about another regular antagonist, possibly Jin, who seems to have embraced his dark side after T6. With Tekken 7 looking to focus on the perennial punch-up between the Mishimas – and the trailer dubs it the ‘Final Battle’ – we couldn’t think of a better send-off for Heihachi.

FRESHEN UP THE MECHANICS

Every new hardware generation Tekken usually receives a shot in the arm as far as basic animations and game mechanics go. Tekken 4 introduced walls and tweaked some maneuvers, while Tekken 6 incorporated the bound system and implemented fresh animations for all characters, including a fancy-looking throw escape. As such, with Tekken 7 fully expected to hit PS4 and Xbox One, it makes sense that Namco gives the franchise an overhaul that isn’t just limited to aesthetics, which will no doubt look positively scrumptious on Unreal Engine 4. New moves, improved animations, balance tweaks, possibly even a fresh mechanic thrown into the mix shouldn’t be too much to ask for from Tekken’s next-generation debut.