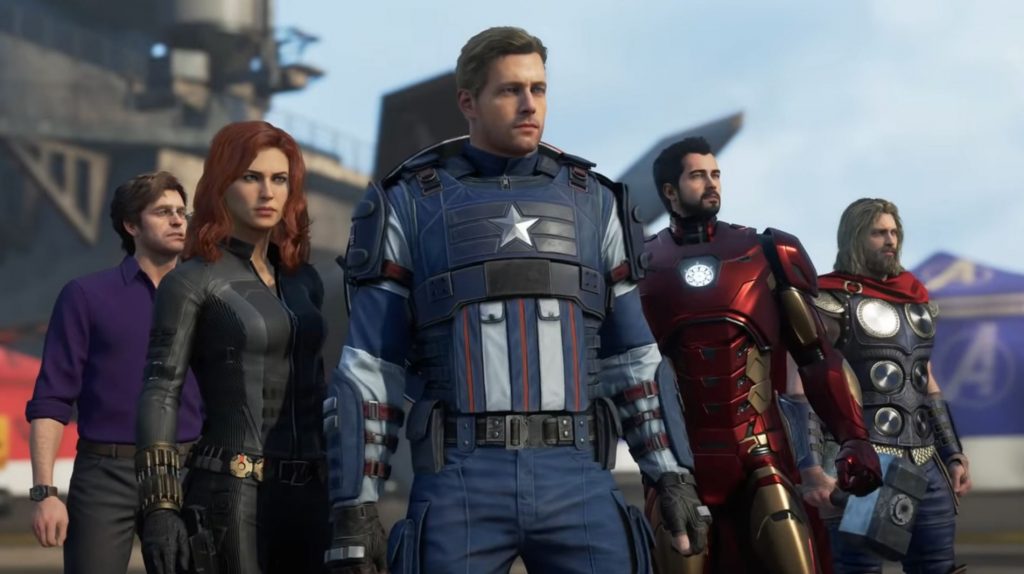 Well, it appears that your feedback has been heard on Marvel’s Avengers‘ character designs, as the newly released gameplay from Gamescom 2019 appears to reveal that Crystal Dynamics has redesigned the Avengers slightly.

The images below showcase the changes made to all five of the characters. Captain America has seen the biggest alteration, with his face looking a little younger and seeming less blobby than the original Avengers picture. Black Widow has also seen some pretty noticeable changes. Clearly, her facial features have been altered, like Captain America’s.

Iron Man doesn’t look particularly different and we can’t get a good enough look at Thor or Bruce Banner to see any changes. What do you think of these changes? I think they look a lot better and seem more natural than the awkward expressions we saw in the trailer from E3.

The top picture below is the new Gamescom footage and the bottom is the E3 footage. This new gameplay debuted at Gamescom 2019. The Gamescom convention hosts almost every major publisher in the industry, including Sony Interactive Entertainment. The convention kicked off with Gamescom Opening Night Live a reveal show hosted by Geoff Keighley, the Creator of The Game Awards. You can rewatch the livestream here.