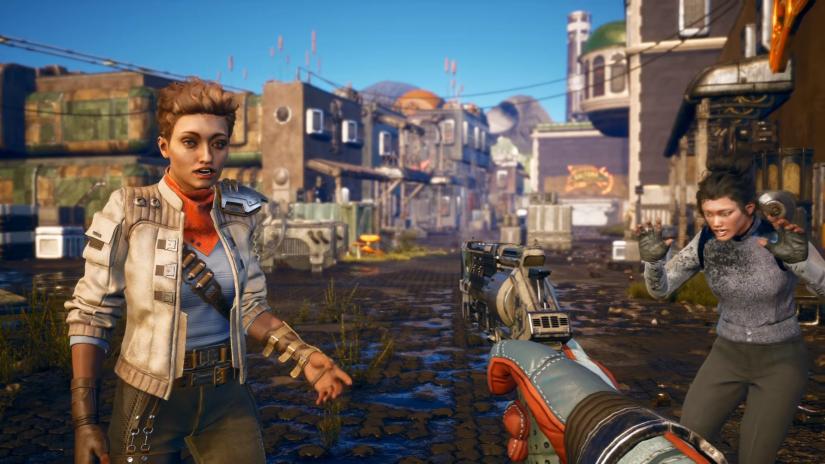 Obsidian Entertainment has released a new trailer for its highly anticipated RPG The Outer Worlds, giving players an expanded look at the Halcyon colony, which includes areas such as Terra 2 and Monarch. The Outer Worlds is currently in development for PlayStation 4, PC, and Xbox One, and is due out next month.

Check out the new trailer for The Outer Worlds below.

Do you dream of working on the frontier of space? Can you pass a basic aptitude test? Then Halcyon is the place for you! Prosperity and adventure awaits on Terra 2, Monarch, and other exciting locations across the Halcyon colony. The character you decide to become will determine how your story on the Halcyon colony unfolds in The Outer Worlds.

The Outer Worlds is scheduled for release on October 25, which is already a pretty big day for games seeing as how Call of Duty: Modern Warfare is also out that same day.

Pleasingly, the studio has confirmed that microtransactions will not be featured in The Outer Worlds.

Here’s the official blurb on The Outer Worlds straight from the horse’s mouth: