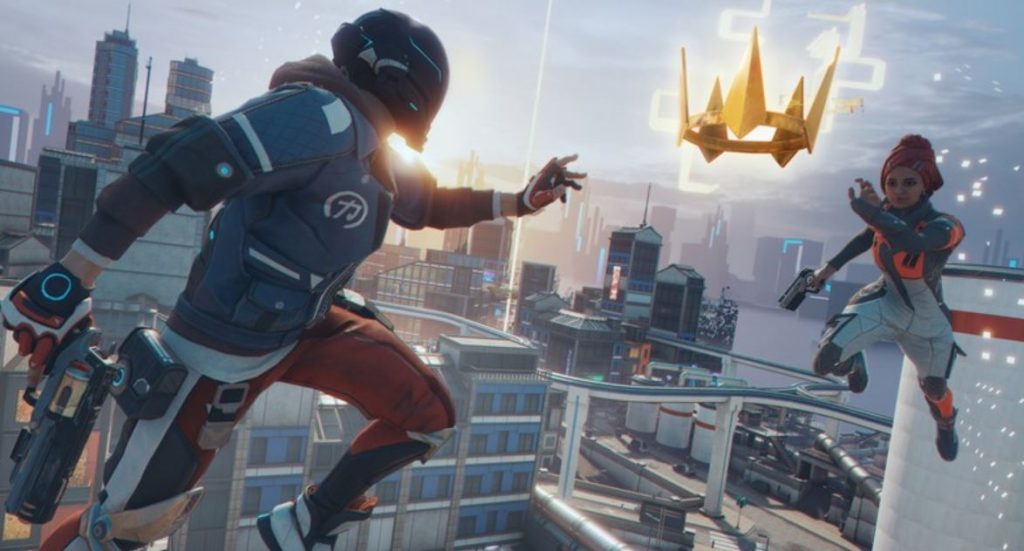 Ubisoft‘s brand new battle royale game for PS4, Hyper Scape has been officially revealed with a reveal trailer and a large chunk of gameplay.

The game takes place in a large, open, urban environment, with you being able to launch yourself in the air and climb on rooftops. It is a fast-paced game, with almost no downtime. Locations on the map will hold gear, weapons, and more to collect.

The game has hacks which act as abilities. They are not equipped to a character, with you picking them up as the game plays out. Weapons can also be fused and upgraded a total of five times.

Hyper Scape also throws away the traditional closing ring. Instead, each sector will decay, before eventually disappear. You will need to escape those sections of the map before they are gone forever.

Once you die, you remain in the game as an echo, able to scout out areas and inform your teammates of enemy locations. Those teammates can then respawn you.

The game also has an alternate way of finishing the game but obtaining a ‘Crown Victory’, which is done by holding onto a pickup crown for 45 seconds. New battle passes, seasons, and skins will be added during the months after launch.

The game also features heavy Twitch integration, with you being able to start matches with low gravity, infinite ammo, and other modifiers.

You can watch the reveal trailer and gameplay for Hyper Scape on PS4 below:

Hyper Scape was teased earlier this week with some early details about the lore and the world being revealed, alongside some art and screenshots. We are probably going to hear more from it in just over a week’s time, at the Ubisoft Forward event.

A lot more details will be coming to the game and those on PC can get involved and play by watching Twitch streamers playing the game.

Hyper Scape is coming to PS4 later this year.