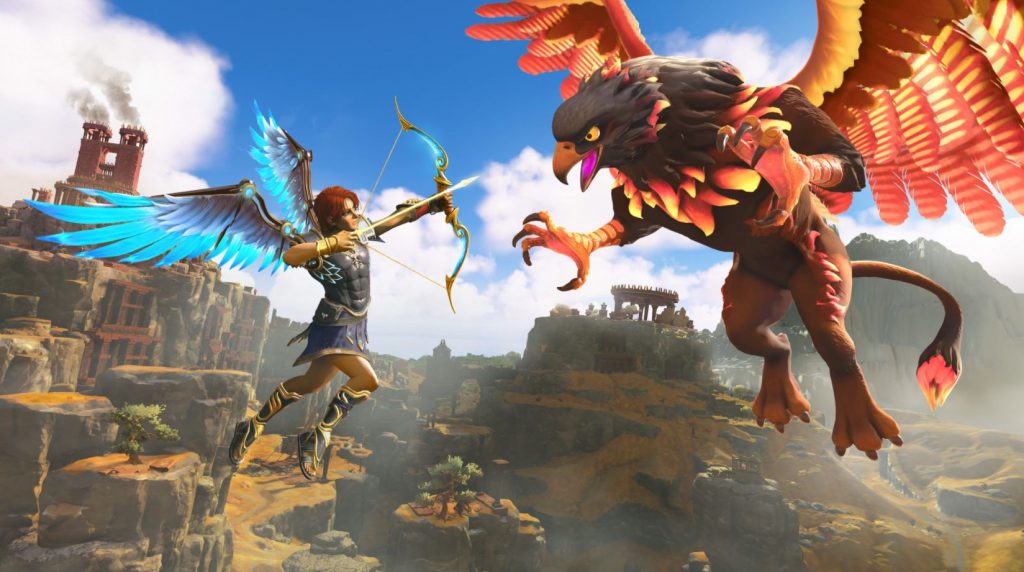 Ubisoft’s upcoming Immortals Fenyx Rising has revealed the first details and a pair of trailers for the game and confirmed the PS5 and PS4 release date, which is December 3, 2020.

As main character Fenyx, players are tasked with saving the realms of man and god from the evil Typhon. With a story narrated by Zeus and Hephaestus, Fenyx can gain in strength and earn new powers such as flying around the world all the while facing off against towering cyclops and other monsters from Greek mythology.

With a focus on third-person open world exploration, puzzle solving and in-depth combat, Immortals Fenyx Rising looks to be quite the pleasant surprise indeed when it releases later this year.

You can watch the first Immortals Fenyx Rising PS5 and PS4 gameplay and cinematic trailers below:

All of this news came from Ubisoft Forward which took place on September 10, at 12 PM PT, 3 PM ET, 8 PM BST, 9 PM CEST. This name change follows on from last month where Ubisoft said they would be renaming the game after a build of the game was accidentally made playable on Google Stadia. And the release date and screenshots for the game emerged last week.

Immortals Fenyx Rising releases for PS5 and PS4 on December 3, 2020.