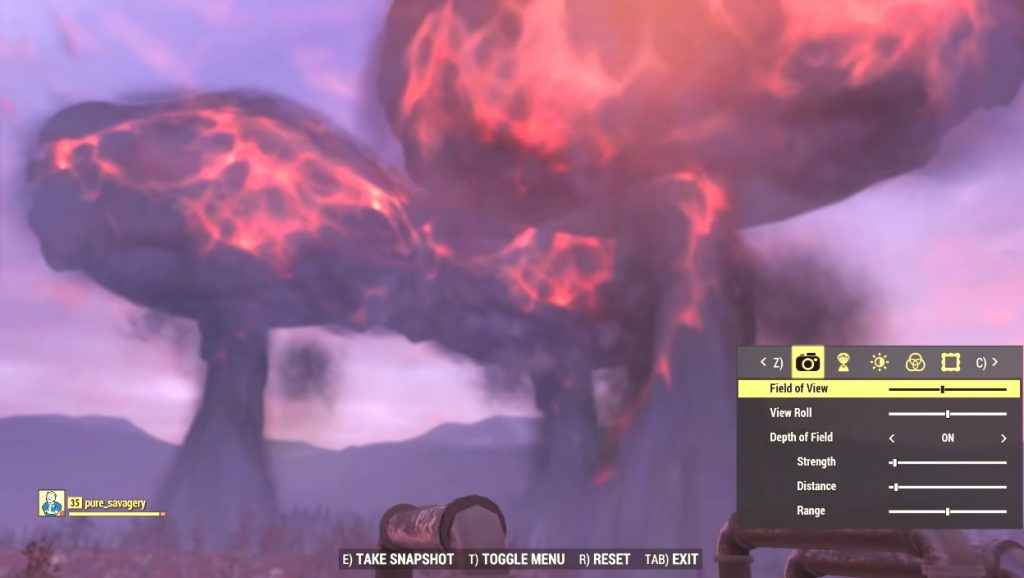 Fallout 76 arrived 10 days ago, and the shockwaves are still rippling through the gaming community. The response to the game has been swift and harsh, with deeply negative early reviews arriving with the force of nuclear bombs, signaling the start of a particularly heavy and radioactive critical assault.

Probably the worst-reviewed major release of this stature in recent memory, the PlayStation version of Fallout 76 is currently sitting at a 49 on Metacritic, with a user score of 2.7. If you look directly at the Metacritic page with unshielded eyes, you might go blind from the blast.

While there have been some dissenters (our reviewer and myself among them), most of the feedback from game reviewers on Fallout 76 has been loud and clear: writers are unhappy with: the game structure, quest quality, story delivery mechanisms, multiplayer dynamics, the stash limit, the disappearing camps, the general instability of the code, the emptiness of the open world; the list goes on and on.

The unhappiness with Fallout 76 has resulted in an almost unprecedented pile-on, with many game reviews arriving in tandem with echoes of agreement from the gaming public. Jaw-droppingly low scores began emerging for Fallout 76 very soon after release. These reviews were met with satisfaction from commenters, many of whom seem generally offended by the game’s very existence.

While Metacritic shows that there are zero “positive” reviews, those reviewers that dared to actually say they enjoyed the game on any level were immediately judged as being ignorant at best, and at worst were accused of delivering higher scores for pay. (Of course, anyone that writes about games can tell you just how laughable this idea is. We barely get paid for anything, let alone getting paid for review scores. Can you imagine the scandal if something like this were actually true and were proven? Good lord, I don’t even want to think about it.)

After the dust settles, games writers will be sifting through the fallout (sorry) from this game release for years to come. A thousand think-pieces are there hiding in the wreckage of Fallout 76, begging to be written. What went right? What went wrong? Was the game rushed? Did Bethesda really feel the game was ready for release, or were there other unknown factors at play? How much did the original messaging about the game contribute to the backlash?

To be clear, I am not a Bethesda apologist. While I do enjoy Fallout 76, I also acknowledge some major flaws in the game. If I were rating it, I would probably fall around a six. On an pure content-enjoyment level, I would give the game a nine. I really do enjoy 76 but I’m an easy mark; just the thought of more Fallout content gets me salivating. But in deference to the flaws and bugs that pervade the game, my responsibility to readers would gnaw at me until I lowered the score appropriately.

I believe that this conflicted dynamic is probably what led to so many reviews sounding schizophrenic. I myself have felt my critical wires short-circuiting while considering Fallout 76. On one level, I’m really enjoying the game. I love creeping around the world, discovering the dark emergent stories tucked among the wildly creative settings of Appalachia. But on another level, I can consciously see that Fallout 76 is ridiculously flawed. I keep having to log out of the game to avoid getting killed by invisible enemies, and if my damn camp disappears one more time, I’m going to lose my mind.

Weighing these factors is what game reviewers are expected to do, but rarely has there been a game with such disparate extremes to try to come to grips with. And so the review scores are coming down all over the place, but most on the negative side of the spectrum, many of them taking the tone of gamers who have simply reached the end of their ropes with Bethesda and their buggy antics.

None of these reviews can be discounted. Reviews are, after all, reflective of the experiences of the person playing the game. With a game this giant, detailed and multifaceted, these experiences are going to vary wildly.

I have no doubt that the folks giving Fallout 76 scores in the 2 – 3 range really, truly hate the game, and that is a reasonable response. I would not presume to tell a reviewer that their opinions were illegitimate, or an overreaction. This is a game that breaks, and breaks hard.

Many of the negative reviews for Fallout 76 are most likely the culmination of a long-simmering dissatisfaction with the quality of Bethesda’s open world games in general. Though they include some of gaming’s most beloved and legendary titles, Bethesda’s sprawling opuses are notorious for being buggy and somewhat broken upon release. Frustration has been rising with every release, and Fallout 76 seems to represent the boiling-over point.

The problems with 76’s technical performance were thrown into sharp relief by the game’s release proximity to Spider-Man and Red Dead Redemption II, two of the most detailed and polished open-world games to ever be created. Like it or not, the bar has been raised by these titles, and gamers have come to expect an unprecedented level of polish and performance that Fallout 76 could not hope to compete with.

It is interesting to consider what Bethesda might have done differently to change the conversation around Fallout 76. Would the game have been better received had it been released at a lower price point? Would gamers have forgiven the title’s many flaws had the game been released under some sort of early access program? Should Bethesda simply have positioned 76 as some sort of grand experiment, and invited gamers to take part in their mad-scientist research?

It will be interesting to watch the progress of Fallout 76 over the next couple of years to see what moves Bethesda makes to keep their ship afloat. Much as moviegoers rejected Solo in the wake of the divisive Star Wars: Episode VIII, Bethesda might see some backlash leak over into their other properties and franchises. The company may pull the Fallout franchise back in, cancelling other possible projects in the wake of the 76 debacle.

But one thing is certain: the public has spoken. I would say that Bethesda should sit up and take notice, but rest assured, they have. Fallout 76 represents a very public black eye for Bethesda, and you can bet that there are boardrooms filled with tense conversations and white-board sessions aimed at turning things around.

And a turn-around is indeed possible. Games such as Diablo III and Destiny 2 that have arrived with a thud have been able to pivot quickly, listening to their communities and agilely making smart changes to right perceived wrongs. Of course, Diablo is currently weathering a new storm, and Destiny 2 has basically gone free-to-play at this point, so things still aren’t all peaches and cream on either of those fronts.

During these early days after release, there is not much that Bethesda can do beyond crawl underneath their desks and shield their heads. Not all reviews have been released; the bombs are still falling. It will only be after the initial blasts subside and the radiation clears that Bethesda will be able to take a look through the hazy gaming atmosphere and see what lessons might be gleaned from the wastes of Fallout 76.

As a series fan, I hope Bethesda has their Pip-boys charged and plenty of scrap. They have some crafting to do. At this point, it’s all about survival.