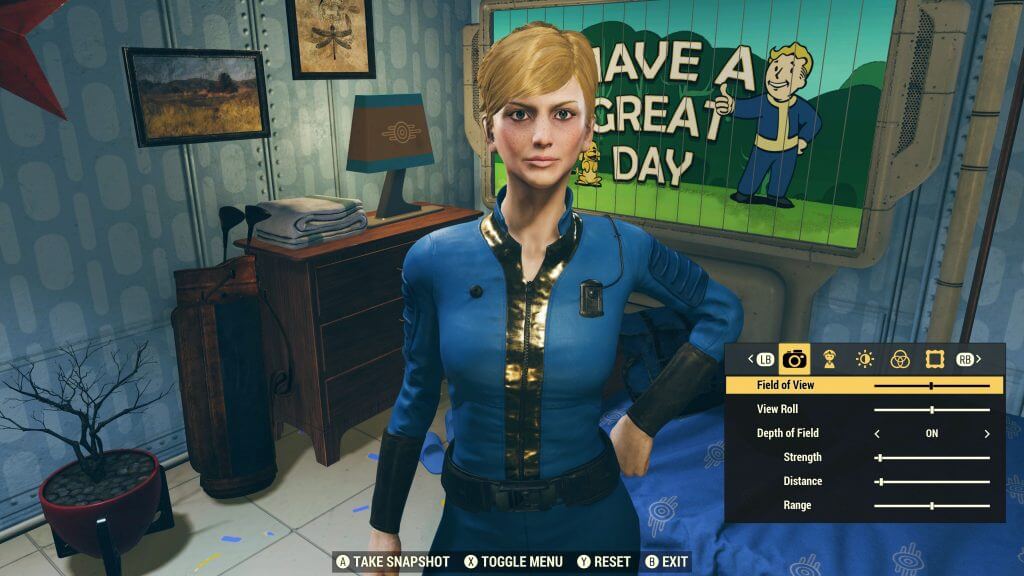 Over the last month or two, as more and more press and fans have gotten hands-on time with Fallout 76, a quiet murmur has arisen online about the game’s lack of human NPC characters. Nothing so loud as the tidal wave of outrage that recently erupted at the announcement of a mobile Diablo title, more a civil expression of dissatisfaction at the story elements (or lack thereof) contained in Fallout 76’s questlines and world.

Due to the multiplayer nature of Fallout 76, Bethesda made the decision to make every human you encounter in-game another player. This leaves other standard Fallout elements (robots, computers, audio logs, notes and journals) to pick up the slack story-wise. For some players (like me), who have traditionally lightly scanned through computer logs and notes for the high points without carefully reading them, this lack of human characters has been cause for concern that the game world would feel lonely and empty. Without settlements, farms, and traveling brahmin vendors, exploring Fallout 76 would feel like wandering a barren wasteland.

However, after some time with the game, it is apparent to me that the empty loneliness depicted in Fallout 76 is perfect for this game. In fact, it offers a daring and original look at the Fallout universe, shining a light on an era that has been glossed over in previous games.

Fallout 76 has been in beta on and off over the last week or so. I have managed to put about ten hours into the game, taking my time and poking my nose into the stories that exist outside of the main quest line. As opposed to worrying about leveling up or following the game’s prescribed quest line, I’ve set out on my own into the waste. I’ve been looking for and engaging in the quest lines that exist off the beaten track. I’ve been diving into basements and exploring structures for no reason other than to see what is there. I’ve been trying to figure out what makes Fallout 76 tick. Over my limited time with the game, I have found that it is best to think of Fallout 76 as a side game that takes place in the Fallout universe, something akin to Fallout Tactics. The quicker that you get the notion that this is a mainline Fallout title out of your head, the happier you will be.

There is so much that differentiates Fallout 76 from the numbered Fallout titles that it is difficult to know where to start. For me, a player that is terrible at shooting in videogames, the change to the VATs system is the most critical and noticeable difference. The focus on building and camps, which I’ve happily ignored in the past, is another area that is taking some time to get used to. But the lack of human NPCs? I honestly don’t know if I would have even thought about it or cared if the internet hadn’t been buzzing about the topic.

The lack of humans in Fallout 76 is hard-baked into the game’s mythology. Once you dig into the quests and storylines, a horrifying truth about the Fallout universe becomes apparent. And that truth makes Fallout 76 perhaps the darkest entry in the Fallout franchise. Fallout 76 is set in the wastes of West Virginia. When I first heard about the setting, I wondered about why Bethesda would choose such a location. In the past, Fallout games have been set in heavily populated areas, rich in historic and architectural touchpoints for players to recognize and engage with. No offense to West Virginia (I’ve spent a lot of time there, it’s a beautiful state), but even in the U.S. not a lot of people have much context for the state’s landmarks or landscape. Why set an entire Fallout game in the rural areas of a state that is known for mountains, parkland, and forests?

After engaging with the story, the reasons for this choice become clear. In the mythology of Fallout 76, the bombs spared this area of West Virginia. Many of the structures of WV are in remarkably good shape, considering the fact that they have weathered a nuclear war and 25 years of neglect. And while much of the population was still flash-fried in an instant by the indirect blow that the area endured, there is plenty of evidence that a lot of people survived the initial blast.

There are audio logs and computer files all over the place, detailing the adventures of the initial survivors of the Great War. Through forensic evidence, the player learns that these survivors struggled to organize, formed alliances, and worked to rebuild civilization. They fought the radiation, the newly mutated wildlife, and the depression and desperation that arose from facing their almost insurmountable task. They built, they farmed, they formed small pockets of community to try to fight back the darkness threatening to engulf all of humanity.

And they all died. While the player characters were living mundane and boring lives tucked snugly in their vault, the rest of humanity was out in the elements, struggling (and failing) to survive. When Fallout 76 begins, players enter a world where efforts to survive may have ended in bitter failure only months before. Many of the bodies that are strewn about are very decomposed, but tellingly, some are not.

The fact that players are emerging fresh, clean, and well-rested into a world where hardened survivors failed to thrive lends the entire game a different mood and tone than mainline Fallout titles. Without humans wandering about, the entire game world has an eerie stillness, a feeling of anxious isolation and quiet solitude. In Fallout 76, no one is coming to save you (not that anyone saved you in the other titles, but you get my meaning). There are no tattered civilizations to retreat to. There are no farms to visit to protect against raiders, no bars to chat up the local populace, no Brotherhood of Steel, no Railroad. It is up to you and your fellow vault dwellers to get a foothold in the darkness. And all of those people wandering around in later Fallout titles? They are the descendants of vault dwellers like you.

Outside of these story elements, I can’t think of any other reason that Bethesda might have eliminated human NPCs from Fallout 76. There is no difference, mechanically speaking, between software that allows players to gain quests from humans and software that allows players to gain quests from robots. There are tons of other online multiplayer games that have human characters running around, even in game universes as complicated as Fallout’s (Elder Scrolls Online, anyone?). The decision to have no humans was strictly one made for story and world building purposes by the people in charge of creating and shepherding this complicated mythos. After playing the game, I absolutely respect their choices. In all honesty, I don’t miss the humans very much. Every player has different preferences, but I have never played Fallout for the interaction with human characters. When I think of Fallout, I think about creeping around dark basements in sneak-mode, getting the drop on ghouls and super mutants with an overpowered rifle. I think about visiting landmarks that have been decimated by war, and marveling at the attention to detail. I think about solving mysteries, searching dank and dire environments for clues that have lain dormant for years. All of those gameplay elements are represented intact in Fallout 76.

The human stories in Fallout have never resonated that strongly with me. They were just a means to an end, a way to funnel me to the next creepy library, hotel or subway tunnel. The most memorable character I can think of is Nick Valentine from Fallout 4, and he was a synth. And once I knew the identity of Father, the leader of the Institute in Fallout 4, I shot his ass in a hot second. In my view of the Fallout universe, the humans and robots serve the same purpose, one just as disposable as the other. Frankly, the stories of the humans in the Fallout universe resonate with me far more strongly when they all are dead. Fallout 76 allows players a view into a new era of the Fallout universe. It is absolutely acceptable that this game not look, feel, or behave in the same ways as other Fallout titles. It fills in a hole in the Fallout mythology, serving much the same purpose as Rogue One served for the Star Wars film universe. And just as Rogue One abandoned the opening crawl, the iconic score, and many other trapping of a traditional Star Wars film, Fallout 76 is free to alter any elements necessary to serve the story and the gameplay.

After all, it’s Bethesda’s world. We’re just playing in it.