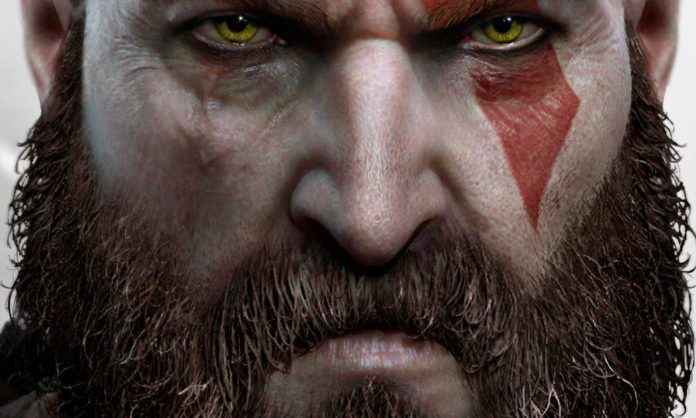 The first major action in God of War arrives pretty early on, as Kratos and Atreus’ peace is interrupted by the appearance of a rather unpleasant stranger. But who is The Stranger in God of War?

Before we begin, be warned. This article is full of spoilers.

The Stranger first appears to be a mouthy Nord picking a fight with the wrong God in Kratos. He’s one of the God of War bosses, and we soon learn that the Stranger is not quite as defenseless as he might seem.

What follows is a fantastic superhero-esque battle between Kratos and The Stranger. But who exactly is The Stranger?

God of War – Who is The Stranger?

You find out a bit later in the game that The Stranger is an Aesir God by the name of Baldur. Baldur is the son of Odin and Frigg, brother of Thor, and Uncle to Thor’s sons Magni and Modi.

Baldur is described in Norse mythology as being loved by all the gods, goddesses, and beings of a more physical nature. So handsome, gracious, and cheerful is he that he actually gives off light.

His story outside of God of War is a fascinating one. Baldur began to have dreams of his death, so his mother, Frigg went to everyone and everything in the world, getting them to pledge an oath to not harm her son. Now confident Baldur was practically invincible, the other gods amused themselves by throwing weapons and other objects at Baldur to see them bounce off of him, leaving him utterly unharmed. Something you may have noticed in Kratos’s encounter with him.

Loki, (yeah, you know that one), decides to partake in some trickery and mischief. He asks Frigg whether she had overlooked anyone or anything whatsoever in her quest to obtain oaths. She answered that the mistletoe had to be too small and harmless a thing to make take an oath. Obviously, Loki went and made himself a spear from the mistletoe and convinced the blind god Hodr to throw it at Baldur. The spear impaled Baldur, and he died.

The anguished gods then determined that one of them should go to the underworld to see if they could retrieve Baldur. Hermod, another one of Odin's many sons, agrees to do it and, taking Odin's steed, Sleipnir, he rides down the world-tree to the roots, wherein lies Hel's abode.

Who is The Stranger, and what does he want?

When he arrives, he finds his brother in a frail condition, sitting in the seat of honor next to Hel. Hermod pleads with the goddess to release Baldur. She tells Hermod that she would give him up if everything in the world wept for Baldur. Proving that he was as universally beloved as Hermod had claimed.

The whole world does indeed weep for the generous son of Odin. All but one creature that is. The giantess Þökk (assumed to be Loki in disguise) callously refused to perform the act that would secure Baldur's return. Damning Baldur.

The bright God would lay in the grave until Ragnarok.Then Baldur returns to the land of the living, bringing joy to all the new creatures of the world.

Seems like a bit less of a bastard in mythology, eh?

Yet there is thought to be an omission in Baldur’s character that doesn’t paint him quite so brightly. It’s believed Baldur may also have had a ‘warlike disposition’. There's one other literary account of Baldur's death, that told by a medieval Danish historian. As confused and (historicized) as this version might be, the one characteristic that sticks out is Baldur's constant need to engage in battle. He's effectively shown as a bit of a warlord in fact.

This version is likely the one Sony Santa Monica chose to base God of War’s Baldur on. Because he’s definitely up for the fight.

Check out our walkthrough hub for God of War.