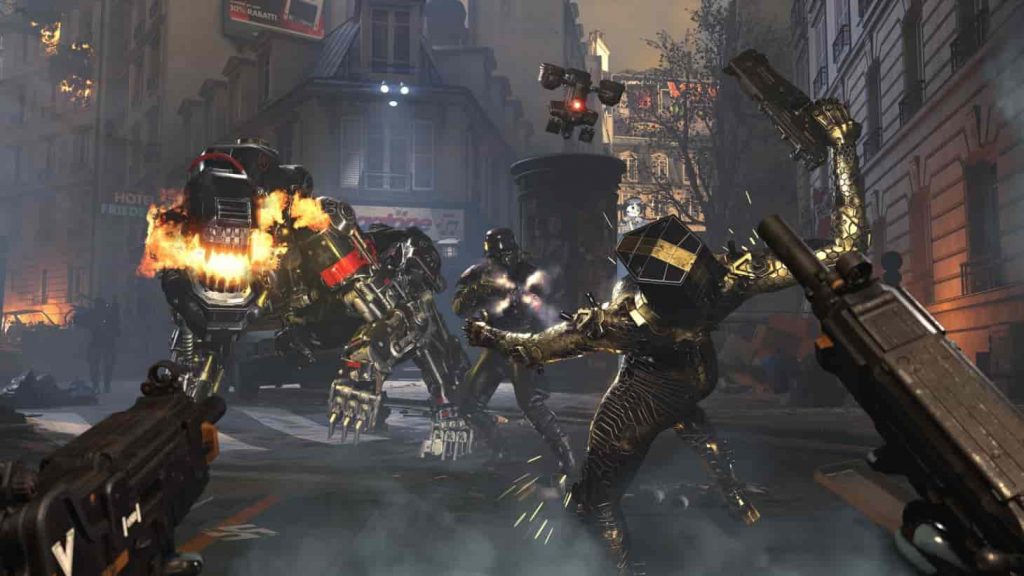 Update 13/06 18:48 – Bethesda has now stated that Wolfenstein: Youngblood will not allow you to buy attachments and weapon upgrades with real money. Cosmetics can still be purchased with real-world money.

Wolfenstein Youngblood is out in just a few weeks and everyone at E3 2019 is getting their hands on the game for the first time. During those hands-on sessions, it has been revealed that the game will have microtransactions for cosmetics and in-game items.

GameInformer learned during their hands-on demo that the game will have microtransactions. You will be able to buy cosmetics as well as weapon upgrades and attachments for the wide variety of guns in the game.

MachineGames were explicitly stating that you can earn all of the items with in-game currency. Spending real money will speed up the process, allowing you to acquire them quicker than if you were playing the game normally.

This raises some concerns as it sounds like it may be a bit of grind to unlock a weapon or attachment that you really want. However, if the implementation of microtransactions is similar to the red orbs in Devil May Cry 5, they shouldn’t be too invasive. Although, that still has to be seen.

What are your thoughts on microtransactions in the game? Do you think they will be benign or invasive?