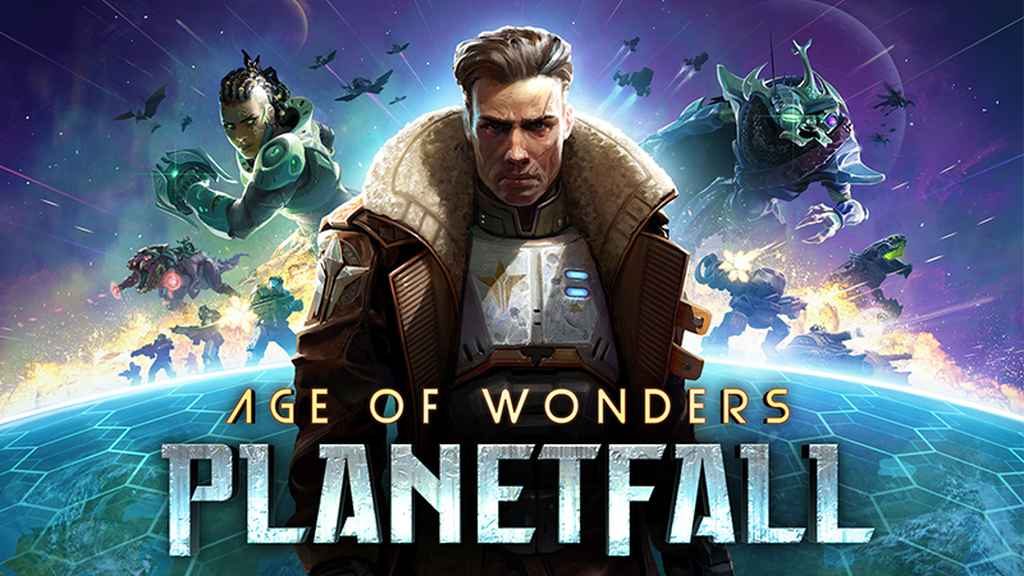 There are certain games that you play through once or twice and move on from, happy to have had the experience. But some games are a little stickier, digging into your mind like a worm, wriggling around and calling you back for one more turn. You find yourself going back over and over. New and shiny games come and go, but these old faithful titles never seem to age.

The hooks in these latter games are stronger, and the gameplay varies enough to keep things endlessly entertaining. Age of Wonders: Planetfall is one of these “lifetime” games. I could easily see myself firing this thing up ten years from now for a run, and still finding something new buried in the intensely engaging gameplay. Age of Wonders: Planetfall, for all of its initial complexity, is a winner.

It’s time for a little bit of “honesty in games journalism”. I have put around thirty-five hours into Age of Wonders: Planetfall, and I still feel like I have only seen a fraction of what this game has to offer. I’m not even gonna try to pretend I’ve seen it all. There is so much going on in Age of Wonders: Planetfall that even trying to describe the game is a little bit intimidating. This game is enormous.

Sometimes the best way to get your head around a new game is to compare it to other games. If I were pitching Planetfall in an elevator, I would position it as “Civilization meets X-Com”. Let that sink in for a moment. Those are both fairly complicated games in the strategy genre. What would happen if they were both mashed into one game, without losing any of the defining characteristics of either?

This is how it works: each round of Planetfall begins with your commander making planetfall (get it?) on a new procedurally generated world. A fog of war obscures your view in all directions. You quickly establish a colony and set up some basic production to get resources flowing.

You send out scouts, exploring the area and annexing useful nearby regions to build up your economy. Meanwhile, you are engaging in research, spending resources to learn new military tactics, farming techniques, and societal structures.

As your base grows and your society starts plopping down supplemental colonies, you will eventually run into other factions on the planet. They have their own goals, desires, and reasons for being there, which are sometimes in conflict with yours. Not always though. You may be able to engage in some quick diplomacy to establish a healthy working relationship. But you may also be plunged into war.

You might be forgiven for thinking that Planetfall is just a sci-fi Civ-clone with a stronger focus on story. That’s because you haven’t entered a battle yet. The first time you do, the game opens up to reveal a robust turn-based battle system, and it totally sets you back on your heels. You thought you knew what the game was, but then it reveals itself to be so much deeper and complex.

The battle system isn’t overly complicated once you get a handle on the UI. Those familiar with turn-based battle systems ought to be able to fumble through the first couple of battles without too much difficulty. The fun part is, the deeper you get into the research tree in the exploration/Civ part of the game, the deeper and more robust the turn-based battles become.

By focusing on certain R&D branches, players unlock new unit types, weapons, and mods, which can dramatically affect the outcome of a battle. Units travel around in armies of six, typically led by a commander. Every unit in the army will gain experience and level up (depending on their performance, of course); but commanders are able to gain any number of perks, many of which impact the performance of the entire army.

The elegant way in which the many systems interlock is deeply impressive and if you come up against a situation that is too challenging, it is likely that you will be able to dive in a bit deeper to configure things to your advantage. Facing one particularly difficult battle, I was able to reconfigure the mods on my various units, and quickly turn the tides in my favor.

Once the scope of the game sinks in, you will quickly see how a round of Planetfall could take you multiple play sessions to work through. Many of the campaign-based scenarios took me upwards of 90 turns to complete (though I do tend to spend a lot of time dithering about and then backtracking).

As fans of empire-building games can attest, turns become increasingly more complex and time-consuming as the game wears on. Now compound that with the fact that many of these turns include full, turn-based battles nested within them, some of which can go 5-10 turns themselves.

Then realize that there are six races in the game, each with their own units and gameplay. On top of the variety of modes, including online and asynchronous multiplayer. Once the scope of the game dawns on you, you will either be daunted or thrilled. I was thrilled, as I realized that Age of Wonders: Planetfall might actually be the game that breaks me of my crippling 10-year Civilization Revolution addiction.

Will I Be Able To Figure Planetfall Out?

Series veterans will have to forgive me if I’m using the wrong terminology for some of this stuff. Grand Strategy games aren’t well known for teaching players how to play them. With new titles, playing them before release is doubly challenging. None of that sweet internet-walkthrough stuff exists to fall back on. But as I learned with Planetfall, figuring out what’s going on is a part of the fun.

My biggest concern when starting a new strategy title is the initial barrier to entry. These games are complex and there is a lot of information to sift through. But, in this case, I was able to get started in Planetfall without too much difficulty. With a bit of commitment, you should be fine. I played through the tutorial level (which doubles as the first round of the campaign) twice; the first time in total bewilderment, the second time with my footing a little more secure beneath me.

From there I felt comfortable going forward. Sure, I made some dumb mistakes, but Planetfall is fairly forgiving to newcomers. Therefore, I was able to recover without having to restart most of the time. Planetfall also autosaves your progress after every turn, so save-scumming is always an option if you screw up beyond recovery.

Some other great quality-of-life features help smoothen out the experience. If you are having trouble with a battle, you can activate an auto-battle mode and let the CPU take over. There is also an option to have the game auto-battle any fight, without even entering the battle screen – I assume for players that simply want to focus on the grander strategy aspects without being bothered with all of the turn-based gameplay.

The game gives the player a rating system that indicates a battle’s riskiness (everything from “Impossible” to “Safe”). Then its up to the player to decide if they want to enter that battle, let the PCU handle it, or run away with their tail between their legs. A word of warning about auto-battle though: I tried this out a few times on “Safe” battles, and “Safe” doesn’t mean you can coast through. You might end up having to reload a recent save, as I did.

Planetfall Offers A Huge Bang For Your Buck

Huge, complex strategy games often falter when they undergo the port to console. I’m happy to say that Planetfall comes through relatively unscathed. Sure, the game would be simpler to navigate with a mouse and keyboard; but, after the first few turns, I settled into the controller configuration without much issue. Outside of having to confirm the movement of every unit on each turn, Planetfall controls reasonably well on PS4.

The sci-fi world-building is the icing on the cake, with fun factions to mess around with (Amazons on Dinosaurs! Cyborg Zombies!) and tons of tech and gadgetry to discover and use to subjugate your enemies. Story elements and side quests are abundant on each map, and the narrative is actually entertaining and surprising, with twists and turns you won’t see coming. And like most games of this type, building up a giant army and taking them across the map to overwhelm your foes is sheer bliss.

With all of the interlocking systems in play, it is impossible to delve into all of the details that make Planetfall so engaging. But the real attraction here is just how much entertainment you will receive in return for your purchase.

Age of Wonders: Planetfall is available now on PlayStation 4.

Age of Wonders: Planetfall is a game on an epic scale in every sense of the word. Both a world-building strategy sim and a turn-based tactical RPG, Planetfall offers a wealth of content to keep players engaged for a long time to come. While some initial commitment is needed to get past the learning curve, playing becomes smooth and intuitive within a couple of hours. Armchair generals with a penchant for lasers, robots and mysterious planets will find plenty to enjoy in this tremendously deep title.